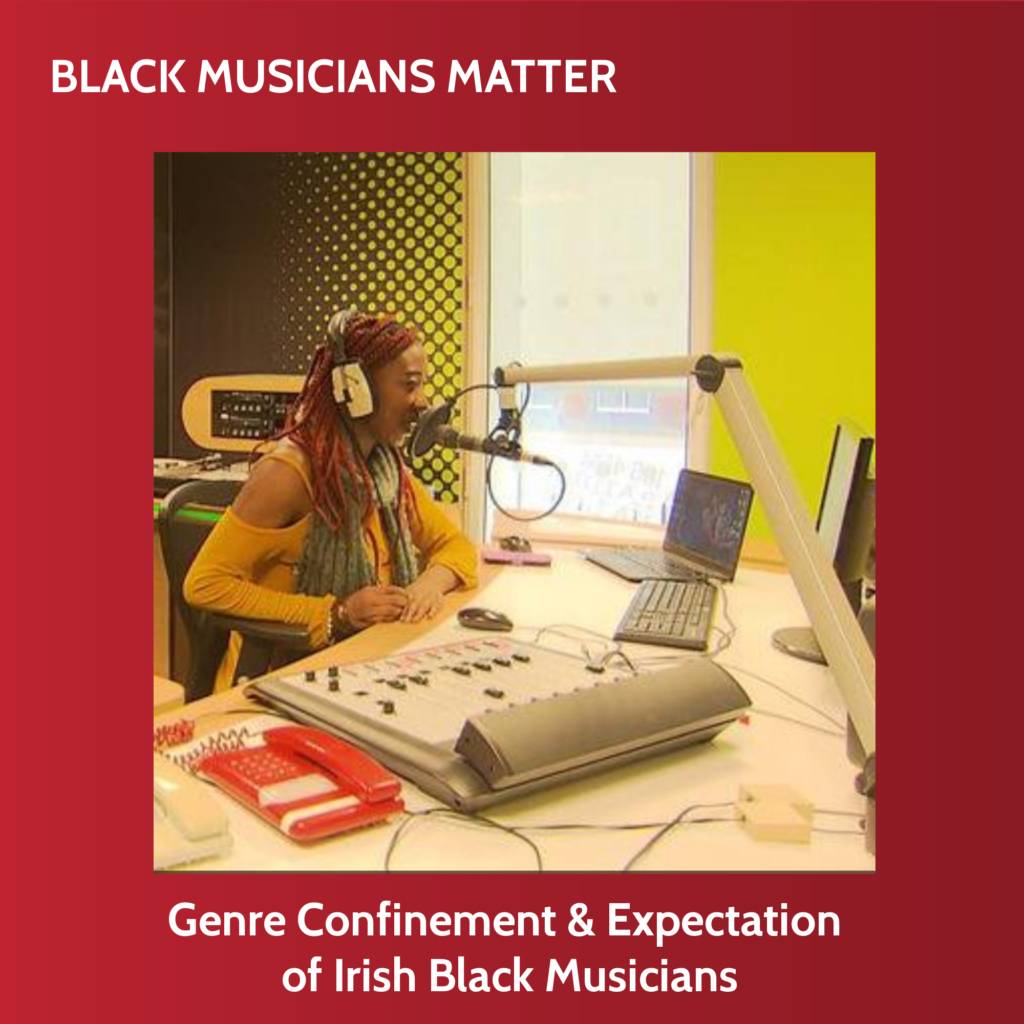 Coverage of the Black Lives Matter movement has dominated the internet over the past month. The conversation surrounding race and active anti-racism across the world has permeated beyond politics. Coined in 2014, after the shooting of 18-year-old Michael Brown by a white police officer, Black Lives Matter (BLM) was the mantra of protests against the disproportionate police brutality towards black people in America.

Despite dipping out of sight of mainstream media in recent years, BLM supporters have remained steadfast in their activism. Last month, an online video circulated showing a white policeman murdering pedestrian George Floyd. This unlawful killing sparked outrage both on and offline, and BLM gained new and massive momentum. Despite the ongoing pandemic, worldwide protests took place under the agreement that “some things are more important.”

The push for anti-racism has been used to criticise the policing and representation of black and people of colour in media. With a population that is 98.2% white, Northern Ireland is no exception. Race is rarely the hot topic of conversation; in politics or in music. Yet, across Ireland, there are daily instances of racist attacks and latent microaggressions. These microaggressions highlight white privilege and actively create spaces of exclusion.

Ola Majekodunmi, whose Nigerian parents sought asylum in Dublin when she was seven months, is a radio broadcaster and Irish language speaker. She says, “the music scene in Ireland can be very confined for black artists. They’re seen as ‘urban’ which basically translates to R&B and Hip Hop. While there are a lot of black Irish musicians specialising in these genres they’re not the only genres black Irish artists make music in.” This is a real obstacle when it comes to diversifying creativity. “A musician may like to mix up their music now and again. White artists do this all the time why can’t black artists do this? It’s lazy to refer to a black artist as ‘urban’.”

Mabfield, Belfast’s hip-hop curation collective, make the same point. They point to elements in the music industry that do little to cater to black artists. “It’s like with Tyler the Creator at the Grammys. IGOR could have been a pop album and yet it won best rap album. Black musicians never get nominated for pop unless it’s Beyonce.”

From a musician’s point of view, being neither seen or heard is a constant frustration. Neo-soul artist and head of Belfast arm of ‘Gxrl Code’ Dena Anuk$a comments, “the lack of diversity in NI has been a key factor in the scarce amount of genre variety in the music industry here.”

“Although the scene has grown to accommodate more hip hop and RnB, there are still industry professionals that lack education on the wide spectrum of sub-categories. About a year ago I was compared to another artist down south in a newspaper article. An artist who had nothing in common with me genre-wise. What I could conclude from this is we were simply grouped due to the colour of our skin. I feel like every POC artist in NI at some point has felt stereotyped on appearance. The research isn’t done to establish us as serious individual artists.”

Winnie Ama, who is from Belfast and will be releasing her debut solo single this summer, also touches on the issue of presumption. “People often say I look like an RnB singer. I don’t mind that because it’s not a negative stereotype, but I do acknowledge that if I’m the subject of a good stereotype, sometimes I’ll be the subject of a bad one.” Murli Bo of hip hop trio Rusagano Family has released solo songs that can comfortably be defined as rap. He notes that whilst this genre restriction is not something that affects him personally. “We need to create the space for all artists to be genre-fluid and allow them to morph, instead of pigeonholing them by melanin.”

Extending beyond mere labelling of the music genre of black musicians, there is also a pressure to write music about particular issues. Winnie Ama recollects “One of my friends suggested that I should write a song about the everyday struggle of black women. I personally think that sounds depressing. I’m not really into writing sad boi tear jerkers. I’m flattered that he sees me as a role model and that he sees our story as an important one to be told. But I’d rather write about the positive parts, not only about being me but being human, the bits that everyone can relate to. I write about complicated non-romantic relationships, partying, dancing, peace and love, inner power.”

Where Murli does not feel mis-genred in being called a rap artist, he “[knows] people have preconceived notions about what my subject matter would be and the sound of music. So it happens sometimes that people would voice their surprise after hearing my songs. I feel like there’s an industry-standard as far as what rap songs should sound like which I don’t always fall into. Even I used to be surprised to hear my music in mainstream spaces but that’s changing now. I think the rise of streaming services is diversifying and broadening musical tastes and this is breaking some of these expectations.”

Dena Anuksa also pulls on this point, optimistically observing “a gap in the market and a need for more hip hop shows. It has been easier to pioneer our own scene [in Northern Ireland] than it might have been in any other country. I’m so happy to see this change happen over the last few years. As much as I was grateful for opportunities in the past, I felt out of place at times being the only hip hop artist on an all rock or pop line up.”

“The more we build our scene, the more we can educate on different cultures, sounds, and topics through music.” Of course, garnering support and exposure is easier said than done. Mabfield points out that the weight of responsibility here lies on broadcasters and journalists. “People only broadcast what’s coming into their inbox and that’s not enough. A lot of the music we have found, we’ve had to go out searching for it.” Aware of their own position of white men, they talk about increasing the black voices in positions in broadcasting. “White people are not conscious of their exclusion of blackness a lot of the time.”

Ola Majekodunmi, in hosting her own radio show, is one of these black voices. “Everyone in Ireland tends to enjoy music from black- Irish artists or black artists in general. However, I don’t think that black-Irish artists are given enough representation or radio play. On my former show ‘Seinnliosta an tSathairn’, I had live performances from top Irish artists like Tebi Rex, Celaviedmai, Tolu Makay, KeSTine and more. Raidió na Life 106.4FM does a really good job in general of playing black Irish music as it’s more of an alternative station. It really cares about bringing the unheard to the forefront.”

Using her own position, Ola is a co-founder of an initiative for women of colour called ‘Beyond Representation‘ where “we recently made a playlist of black-Irish artists. Last weekend with my new show ‘Afra-Éire’ on Raidió na Life I played all African-Irish music. I felt it was important to dedicate a show for this demographic and showcase their talent.” This was no difficult feat for Ola who professes a love for “what all black-Irish artists are doing! I love listening to artists like Fehdah, Tolu Makay, Hare Squead, Denise Chaila, Jafaris and Soulé. I’m so proud of us making waves in our fields and it’s not easy. Growing up we didn’t have this but now we have so much more representation of black-Irish artists! It’s so refreshing and wonderful to see.”

With many white allies questioning how they can use their platform to raise awareness of BLM, broadcaster Sam Hardiman chose to dedicate his weekly radio show on QuarantineFM to playing black-only artists. The research for this show proved educational for Hardiman. “What surprised me most is the extent of the diversity in this country. There is such a cornucopia of talent in Ireland. Some of the highlights for me though have been discovering the music of LOAH, Tolu Makay, and RiZA”.

Addressing the question of how to seek out black artists, he admits it to be a “very tough issue. In my experience of gathering music for my show, I listen to all-Irish music playlists on Spotify and take note of the tracks I like. I’m confident in myself that gender and race never influence whether or not I choose an artist. But there’s a trap in that because you’re relying on the curator to be motivated towards equal representation.”

Of course, the ‘black experience’ of musicians does not dissipate when they are not on stage. Where Hardiman talks about feeling “slightly apprehensive about how the show would come across. I wanted to get it right,” POC do not have this luxury of not knowing how to talk about race. Winnie Ama explains. “It’s a type of casual objectification. It forces me to recognise the differences between me and the people around me. Once a woman in church [mistook my family for refugees]. I was born in Belfast. I saw her as a peer and a fellow Northern Irish person with a lot in common. Her assumption was that we didn’t have anything in common. That I was likely to be fleeing conflict, probably poor and in need of help from the government.”

Murli Bo also notes, “I used to give people a pass on the assumption that they just didn’t know better. But now I realise that’s not good enough and is rather lazy on my part. Because some of these microaggressions and stereotypes come from people I love and care about. So why just leave them carrying on like that? Racism is very real in Ireland. It’s a threat to any form of progress we want to make as a society. I’m learning to open up about the effects racism has had on me. It breaks me every single time but it’s also cathartic and I need to do it. No one should have to prove that their skin colour doesn’t make them any lesser.”

Dena Anuksa presses further, talking about the recent political fall out of BLM protests. “Racism is still very prevalent in our country and it is evident now more than ever. At the same time, I have such a newfound love for our city. Just seeing how NI really came together. Crowds out in support of a cause that we have been shouting about for so long. It was such an emotional and magical moment. We need to keep pushing the movement and focus on the huge gaps in the law on discrimination, providing better education and more community integration.”

When it comes to tackling white privilege and black representation as consumers of art and music, there is still a long way to go. The Irish music scene and industry is flourishing. There needs to be an effort to maintain POC representation in every music genre and festival line-up. What remains encouraging is an antidote to underexposure of POC artists in Ireland and Northern Ireland is to seek out and listen to an abundance of new music.