One might argue that we are very late to the party with our Culture Night Belfast coverage this year and I would happily agree. But such was the positive impact and energy surrounding the event we thought it was only fair to give it some coverage considering the fairly lacklustre reporting by the big media outlets…

Somehow I managed to miss Culture Night last year so for 2013 I made sure the calendar was clear and dandered on down to the city centre to soak up the sights and sounds. What struck myself and Peter was the complete change in our streets, instead of the usual eerie empty streets around the Cathedral Quarter it was packed to the brim. With several roads closed there were thousands of people milling round the Cathedral Quarter moving back and forth between the various events. 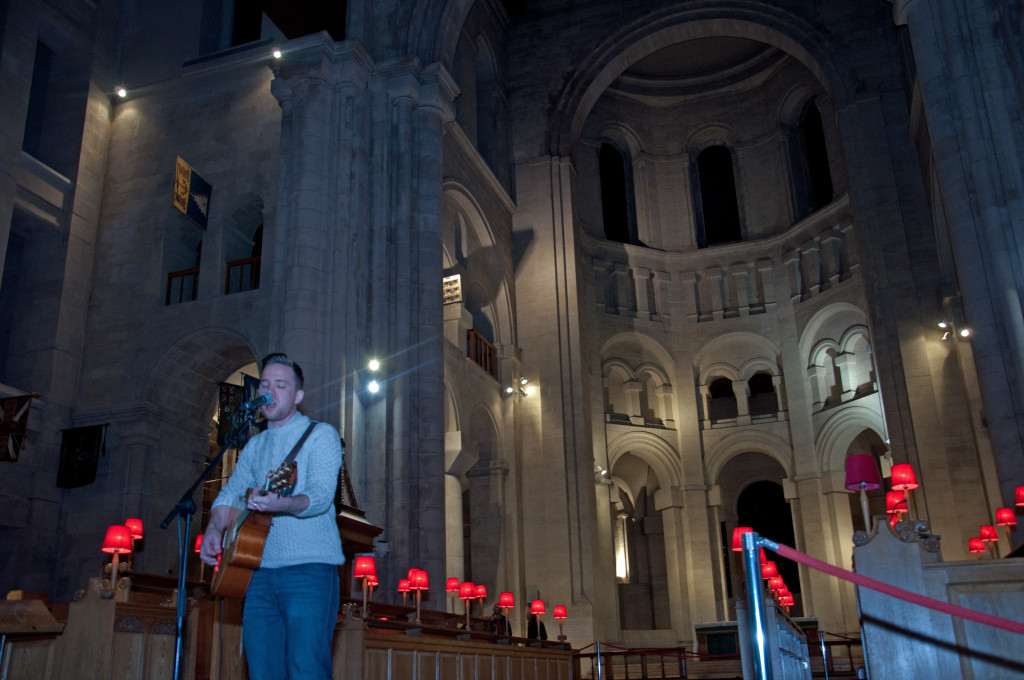 My own personal highlight was watching VerseChorusVerse and his excellent backing band (most of LaFaro) rattle through a set filled with tracks from his forthcoming album (it’s a cracker). Followed closely by an illuminating set from David C Clements in St Anne’s Cathedral, an unusual music venue but it worked perfectly and ensured David had an attentive and appreciative audience. For those wanting to escape the hustle and bustle of the streets 101 sessions provided a safe heaven with lovely sets from Hannah McPhillimy and Amidships  to name but two.

To get over 40,000 people into our streets is phenomenal especially for one that isn’t a protest. I would like to see this happen more than once a year though; surely the demand is there to have it take place every three months. Perhaps we should take it upon ourselves to go out and experience culture ourselves. I know I am just as guilty as anyone so the next time you find yourself sitting at home watching the same old reality TV, think to yourself what amazing event am I missing out on and simply get out and experience it.

Culture Night in Belfast and the ironic thing is to get here we’ve had to pass two sides protesting for their culture only a mere 2 miles away. All around Cathedral Quarter there is so much going on,  it shows the culture of Belfast is definitely something to be celebrated and not something people should be bitter about. The place is buzzing with all sorts of people, street performers and artists are setting the good mood and atmosphere as the Salt Flats begin to play their set to a pretty decent sized & quite merry crowd in Garfield street. David C Clements performed a beautiful acoustic set in St Anne’s Cathedral and just around the corner in Hill street there’s a party going on in Bill Harris hairdressers, Vespa scooters are shown off decorated traditionally like the mod’s from the 60’s would have done. 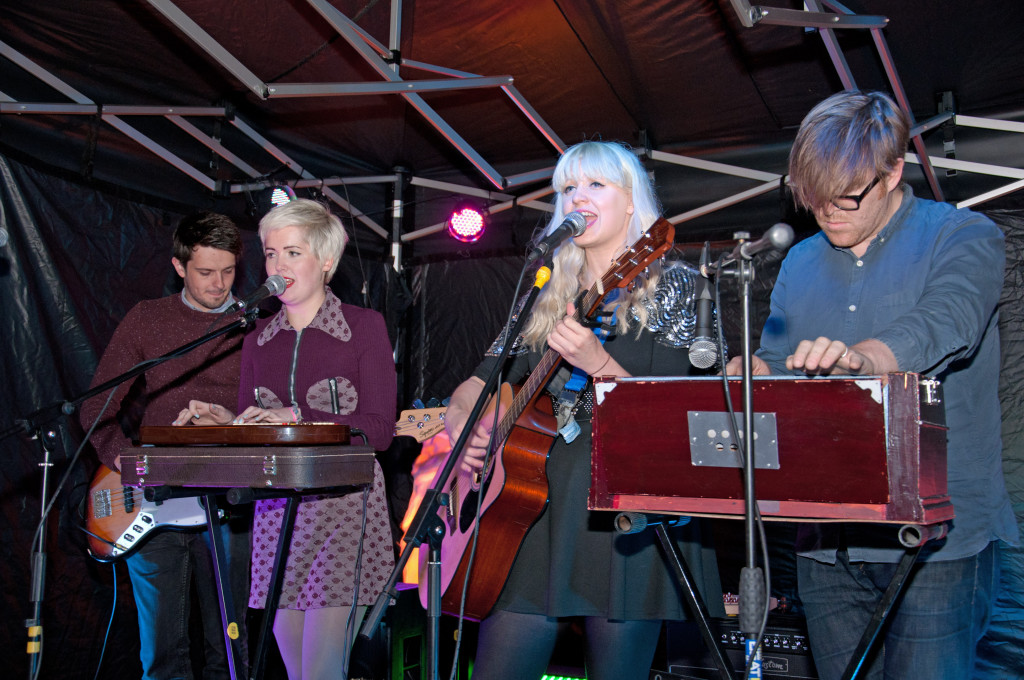 Walking through the streets you’d swear you’d been taken out of Belfast and transported to some sort of Mardi gras. The oh yeah centre is rightly packed to the rafters for September Girls epic performance, a quick rush around to the roof of St Anne’s car park to catch Blue Whale, unfortunately it’s one in one out as the roof has now exceeded capacity. The atmosphere around the streets of Belfast is immense, it’s something to be proud of and is worlds away from the culture battle Belfast faces on a daily basis. Maybe this footage should be shown on the news around the world…

From the bustling city streets of culture enthusiasts following a fire-breathing mechanical dragon, to the fairy lit alleyways in the city’s crevices. Belfast was alive with the promise of a kaleidoscope of talent and entertainment. Charming, modestly erected little tents and small marquees hosted some of the more intimate gigs on the bill. I caught a glimpse of what the fondly named ‘Dog Ruff String Band” had to offer. From toddlers to teenagers, this was a delightful opening to my first ever Culture Night in the Capital. As I rounded corners and navigated cobbled streets it was a constant cavalcade of diverse flair and unique showmanship. A projector with a hopeful young filmmaker’s debut screening on a graffiti emblazoned wall, a 2 man pantomime in the adjacent alley, buskers by day, prosperous new live acts by night lined the narrow streets of the Cathedral Quarter. 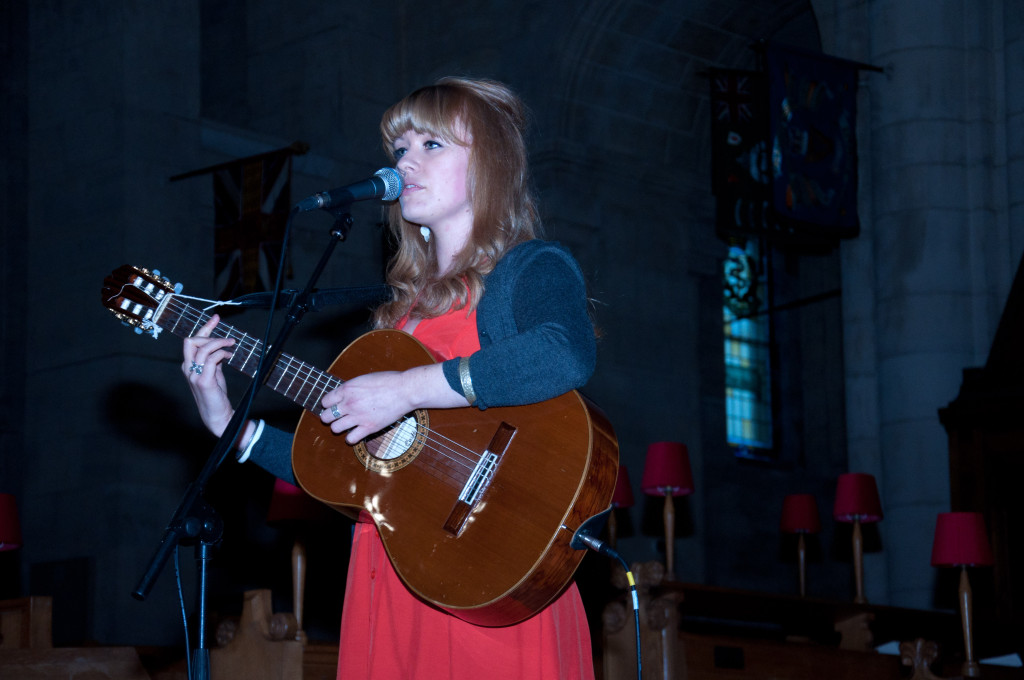 Spilling out from the vibrant microcosm of the Cathedral Quarter, my feet wandered lazily to Buoys Park where I was drawn to the Main Stage, entranced by BMX riders somersaulting off ramps to the perfect soundtrack of ‘Verse Chorus Verse’ and later, ‘The Emerald Armada’. Stretching around St Anne’s Cathedral, the concrete played host to a rollerblade rink while idly strewn over the grass people sat on bright red bean bags to soak in the alluring sounds of Isobel Anderson and David C Clements in the Music Showcase as well as delving in the religious realms of the organ recital under the watchful eyes of the looming stained glass windows. Being able to wander past young professionals enjoying a cool glass of wine while parents introduce their kids to paella for the first time all while taking in some of Northern Ireland’s best home grown talent on a warm September evening in the city is something I cannot recommend highly enough. Roll on 2014 for the 6th Annual Belfast Culture Night.

Culture Night 2013 showed the power that the arts have in bringing people together. Every week at Chordblossom we see evidence of the incredible culture in which we live, however on the 20th September all the metaphorical peacock plumage was out for all to see as Belfast came alive with a multitude of sounds and sights.

I had the privilege of seeing David C Clements in St Anne’s Cathedral, accompanied by only his guitar he showcased his flawless song-writing technique and vocal ability with songs like “Hurricane” and “On the Border” and I speak for many as I excitedly anticipate his album (Expected next year). 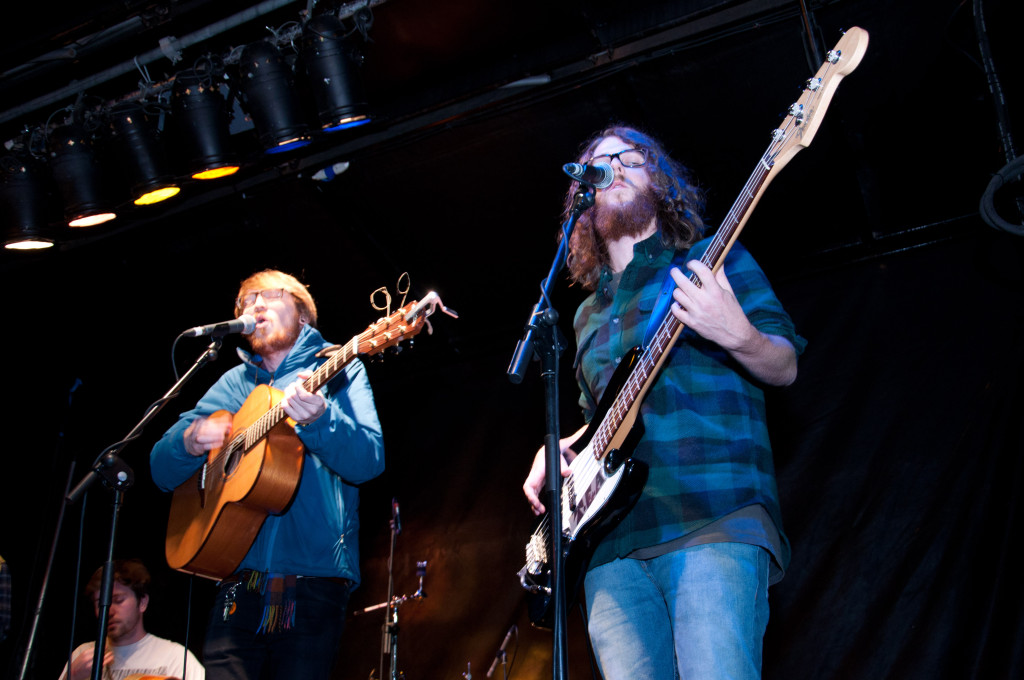 As I walked from St Anne’s Cathedral to Redeemer Central (For the 101 Sessions) I was able to catch a mandolin solo from the Emerald Armada playing in the main square. Having watched this band grow and grow I can’t help but feel excitement for where they’re going. At the 101 Sessions I was able to catch Hannah McPhillimy, Ciaran Lavery, Amidships and Joshua Burnside. I have said this once and I will say it again; it is acts like this who provide an incredibly bright future for the Northern Irish music industry. Please do check them all out.

So that was my Culture night for 2013. I’m already counting down to next year!

Our long suffering photographer Mr Burns has captured a great selection of these events; check out his Culture Night 2013 Photo Gallery 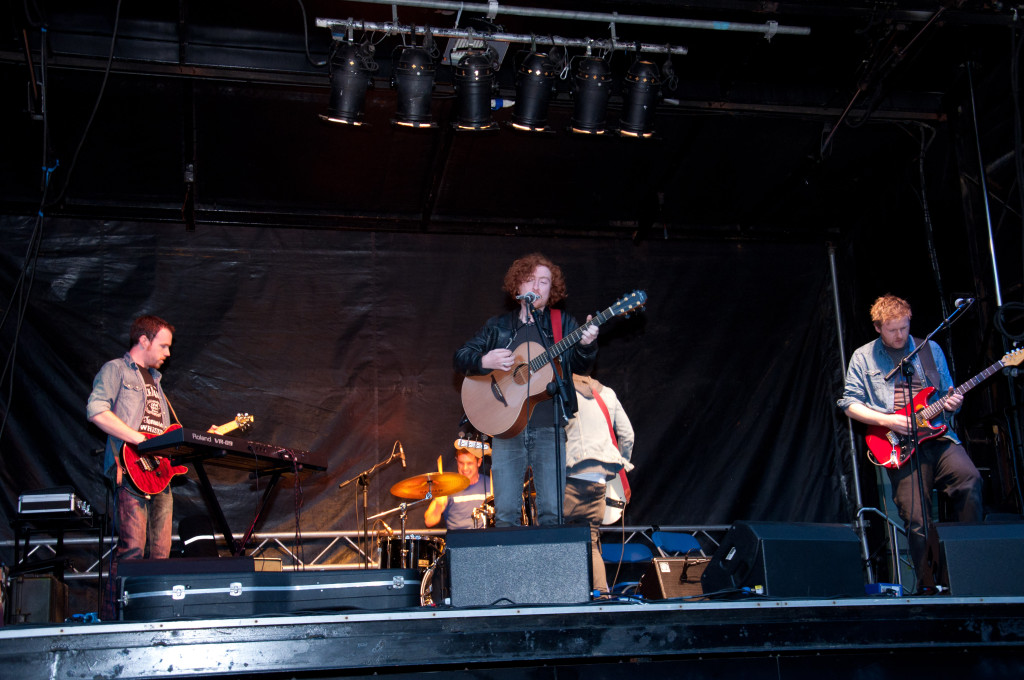 Victim – In Your Grave