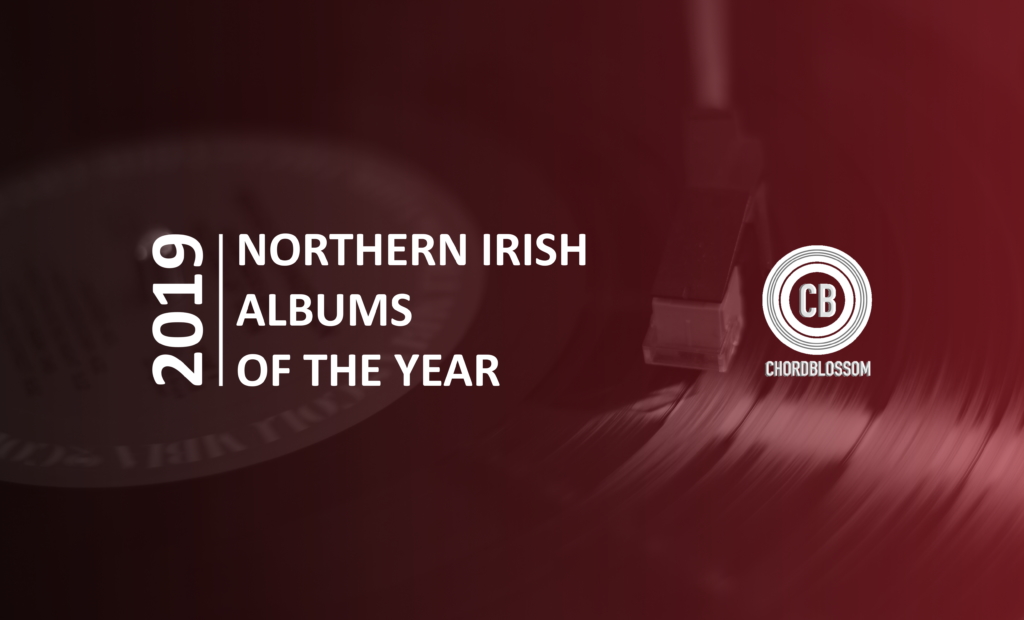 Another year and another bounty of incredible albums. This was the year of widely anticipated debut albums, a momentous collaboration and a few familiar faces; albums with catchy hooks, others experimented, some self reflected and others looked to bigger concepts.

With a multitude of sounds and genres, it’s always difficult to rank favourites but that’s the call of the end of year lists. Peruse our rankings, debate, argue but consider the list a jumping off point and explore each and every well worked, deserving album on this list. Maybe even give it a purchase.

The London based, largely Bangor born five-piece’s debut album filled with guitar pop recalls long summer days by the seaside. An album that finds a sound, sets course and follows it through. Laid back enough to be horizontal, Morningside shimmers with waves of guitars and gentle vocal harmonies. It’s a very gorgeous listen. AC

As befitting of a multi-instrumentalist, the world of Weave is varied, multi layered and diverse. An alpine region of swirling electronica, classical instrumentation and bright ambient created sounds. Boyd’s first foray into album territory demonstrates how advanced her body of work is, seemly bending lo-fi hip hop, electronic, indie, atmospheric and classic influences into a neat, easily accessible package. Not to be missed. BM

A wildly textured soundscape crafted by members of Catalan, ASIWYFA, and parents, Dance of Pholcus breathes new life into trad. A melding of cultural and historic sounds, unrelenting flute and fiddle, sons of Burlap barely stop to take a breath or miss a beat across the album’s 37 fast minutes. AP

Taking leave from The Answer, Cormac Neeson takes his powerful vocals into a new realm on first solo album White Feather. Recorded in Nashville, Neeson drops into Americana territory with a little bit of gospel, soul and a good helping of country. The tried and tested formula of honest songwriting, an emotive vocalist and some great musicians is vindicated as Neeson digs deep. AC

Recorded last year at Quiet Arch’s 4th Birthday celebration, Joshua Burnside’s live album provides a capsule for what was possibly the single most moving live, local experiences in recent memory. The most natural of settings for Burnside’s melodic Irish folk, the record translates every ounce of feeling, with live renditions of ‘A Man Of High Renown’ and ‘An Unrequited Kind’ gorgeously coaxing the room to tears. AP

Pat Dam Smyth’s documenting of his depth of experience is hypnotic, heartwrenching. A healing experience of masterful storytelling, ‘The Last King’ is singer-songwriter, Americana-folk at its finest. AP

The fourth album from one of Northern Irish music’s biggest exports saw them take on distinct kitsch styling while delivering more big tunes. They’re open to experimentation and daft moments as they find themselves fully in the throes of electro-pop. Earworm choruses and relentlessly pop production will keep them in stadiums for a while yet. AC

Much in the style of their contemporaries Lankum and Junior Brother, Runabay look to imitate life through their art with Between The Lines. A rich tapestry of song craft, as much informed by the glens of Antrim as it is by innocence, youth and the subsequent loss of both, Runabay’s soundscape is a delight to experience. A bled of indie and traditional folk, plus a guest appearance from wordsmith Stephen James Smith, belays an emotional depth and deep beauty that draws and adds to the world around it. A statement album from one of NI’s best folk groups. BM

A labyrinth of imagery and folk-tronic landscapes, Wickens plays the world builder on his debut. A stunningly visual work that takes its lead from Bon Iver, architecture, isolation and podcasts, its easy and rewarding to lose yourself in Wicken’s world. A gorgeous mix of bog-gothic rhythms, aching vocals and a deceptive spiritual nature, All I’ve Seen walks the fine line between dangerous and beautiful. BM

Inspired by blue collar Americana, the folk-punk of the Pouges and 80’s guitar pop, Cheers, Sound, Good Luck is a defiant strike against the darkness. Taking in both the bitter and sweet of the human condition, this fight against modern day uncertainty and anxiety is a dogged one. Bookended by the Joycean/McGowan style stage setting of ‘Tonight, Tomorrow’ and the quiet, underrated beauty of ‘All But The Road’, CSGL is likely to make you laugh and cry in equal measure. BM

A beautiful meeting of minds, ‘Borders’ combines the atmospheric, neo-classical strings of Elma Orkestra, and Vail’s unprecedented affinity for dark electronica. Awash with sonic images, the album plays out like a wordless story. AP

From its cover art to the music within, Beauty Sleep’s debut is pure vibrancy, colour and self love. With production that has been pored over, bass lines hit grooves that never end, synths pulsate while guitars shimmer and take off. The dual vocal brilliance of McGroarty and Murphy overlaps amongst lush dream pop. Full emphasis on pop, with hooks for days and neon nights. A dream debut. AC

Weird Hill’ boasts a very particular indie/slacker phenomena – half-drawled, senseless sentences that piece together to create a collage of emotive experience. Both off-hand and careful, each lyric is its own poignant image coloured by relentless, scuzzed-up guitar breakdowns. Their first release as Careerist, the slack-rockers christen their new name with fireworks. AP

A much anticipated album as Philippa returned with a new ethos and a well-earned quiet confidence that finds a home amongst emotional music. There’s a certain cold restraint in the sonic palette in places, but within those quiet moments Philippa’s voice reaches out. Songs like ‘Fahrenheit’ are bold and layered, while others like ‘You’ or meditative closer ’68 2/4′ land straight in the heart. AC

On SOAK’s debut album, desolate melancholy ruled the day, but follow-up Grim Town embraces a whole kaleidoscope of colour. The spoken word intro makes way for the Derry artist to explore new sounds and ideas, the shuffle of ‘Get Set, Go Kid’ gives way to the lush and conflicted ‘Everybody Loves You’ and we’re off. There’s still space for Bridie Monds-Watson to reflect on feelings of isolation and spurned relationships but it’s all delivered through a more cinematic and conflictingly upbeat lens. AC