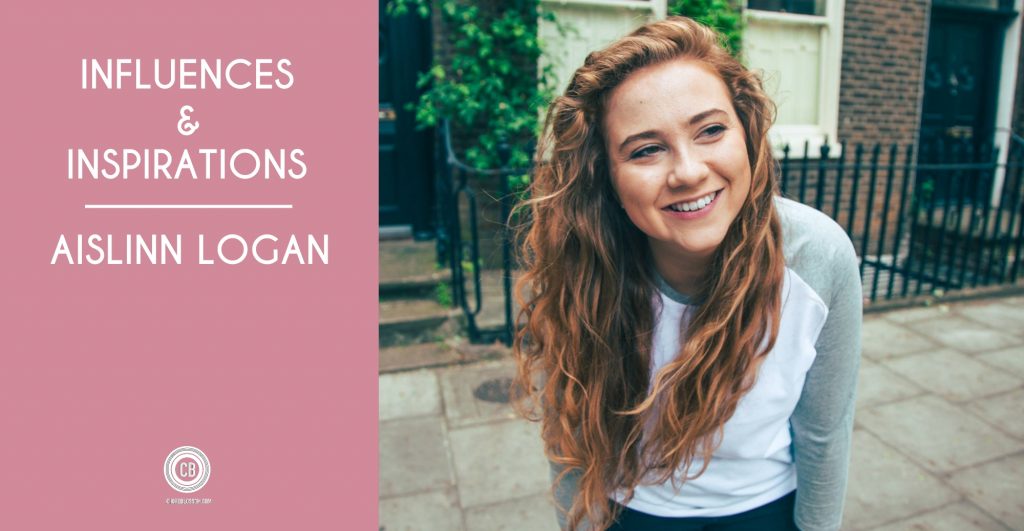 Northern Irish raised, London based Aislinn Logan has impressed in her short career to date. Logan’s knock out vocals are often paired with acoustic guitars and electronic elements such as on latest release ‘So Loud / Dance With Demons’. We asked the songwriter to pick out some of the tracks that can claim at least a little bit of responsibility for her polished sound.

I find the whole topic of ‘influences’ a bit tricky. This is partly because I don’t think it should be easy to draw linear strokes of guidance between the stuff you’ve listened to and the stuff you’ve made – it should be a bit more complicated than that. I’m very keen to explore new and different sounds in my own music and although the list below is a warped mish-mash of stuff both past and present me loves, we’ll have to wait and see what sticks enough to ‘influence’. Nevertheless, the tracks below are all gems so fill yer’ boots.

When I was still in school my Dad and I would go on long drives back and forth to my grandparent’s house in the countryside, and we would never leave without a good album on the go (I’ve been an album gal for a while now). The time spent sitting still enjoying our favourite music, with nothing but cats-eyes snaking out ahead, was kind of formative for me. The favourite that sticks in my mind is The Temper Trap’s debut record, ‘Conditions’. Whilst the whole album is an underrated CRACKER, ‘Resurrection’ gets the shiny star from me. This track winds its way through bendy psychedelia making way for a teeth-grittingly-good build to the finish. Dougy Mandagi’s strange falsetto bit through a teenage Aislinn in a way that made her feel she could do anything at all, and that was kind of great.

James Blake’s impassioned lyrics are so good at driving home a point with remarkably little force, and hearing him faultlessly fuse vocals with electronica desperately made me want to have a go too. The lyrics on ‘Life Round Here’ portray a never-ending cycle of false starts – an anxiety dream on loop, and as he sings ‘part time love is life round here…’ I can’t help but feel he’s observing ‘small town’ stagnancy.

If I had to die to a song, ‘Myth’ from Beach House might be it. I could get lost in the shoegaze riffs, and Victoria Legrand’s soaring vocals would lift me right up to the pearly gates. The lyrics ‘let you know you’re not the only one’ are so comforting they make me want to cry happy tears, and the sounds literally melt into each other. Although Beach House’s structure can be simple it’s always clever, and if you haven’t listened to their back catalogue get on it yesterday.

My favourite band’s best song is soaked in memories of a trip to South East Asia for me. I reckon some people find their arrangements bizarre in a way that can jar upon first listen, but, after some investment spins, the weirdness really works. I recently saw them play the O₂ (our 4th or 5th encounter) and my cousin was worried I’d become possessed during ‘Deadcrush’. ‘Bloodflood’ will always be my favourite though, can’t get enough of the choral chaos and baroque synths. Although this song is actually about a huge rush of adrenaline, I find it super calming. I love em’.

I’m going to push the every-day perception of ‘influence’ with the next couple, shake thangs up. It’s no secret that I’m a bit nuts about heavier electronic music too. It’s great to see artists from home turf attacking the techno-sphere recently with impressive force. Bicep arguably paved the way with hard-hitters like ‘Darwin’ or ‘Just’, but its OR:LA who’s really caught my ear recently. ‘Limbosoup’, from her ‘UK Lonely’ EP uses garage sampling and syncopated djembes to build texture with a kick. Perfect soundtrack for the park on a sunny Saturday.

MUNA – I Know A Place

Recently it can feel like the world’s started to spin backwards, but it’s all grand because LA-cool gal pals MUNA have come to save the day with their edgy breed of queer-pop. Not only have its empowering lyrics given it ‘LGBT anthem’ status, but ‘I Know a Place’ is a real bopper. Their tunes are full of earworms that aren’t dripping with clichés, and they also produce their own stuff which, in a heavily male-dominated industry, is admirable as hell.

Simon & Garfunkel – Me & Julio Down by the Schoolyard

Whilst ‘Graceland’ was obviously a revelation unto civilisation (disagree? Cash’ me outside howbowdah), my all-time fav Paul Simon song is actually found off its tracklist – ‘Me and Julio down by the Schoolyard’. He’s such an amazing storyteller and he really grips you into the plot of the song despite leaving so many details to your imagination – man’s a genius! Paul and Julio could get me out of any bad mood and leave me samba-swayin’.

I was listening to this song a lot during the mixing process for my last single. Mellow synths drip in to set the scene and the siren sounds they’ve used have a 90’s feel to them, but front and centre is Nancy Andersen’s soul surging voice – a helluva set of pipes. Although its an emotive track discussing the revolving nature of a relationship, I love their use of shimmering electronics to lift darker subject matter. If you’re not seduced by this one, let ‘Friday Sky’ or ‘Ode to Dom’ convince you. I’m loving what this band are up to, they deserve our full attention.

Justin Vernon broke ground on how a voice could be used with his Bon Iver project, and ‘Calgary’ is one of my tip tops. The scattered arrangement is constructed to give his vocals enough room to freely taper in and out, letting him abandon conventional rhyme. I think that space created makes this song especially great at letting your mind paint a picture of the scene.

I’m sure this song’s steeped in clumsy adolescence for a lot of people, I’m no different. I listen to this song and I can literally get brought back to a pinpoint moment – I know exactly where and with whom I was, I can practically feel the sun’s warmth on my freckly face… Enough slush. Concocted by the queens of minimalism in modern music, ‘Islands’ rounds off my arsenal of go-to bangerz, and I don’t think I need to lumber you with further detail on why it’s so good.