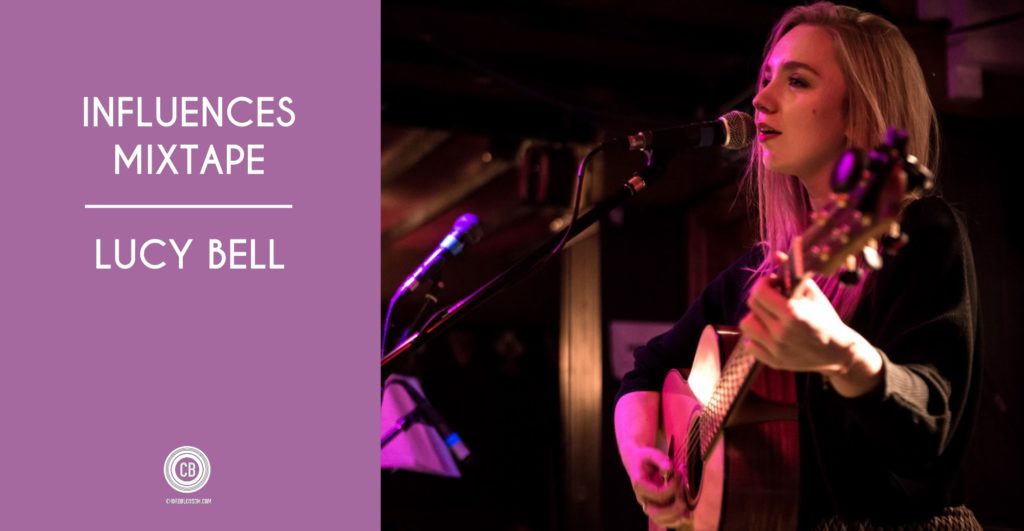 Hailing from Downpatrick, Lucy Bell is a young artist with a beautifully delicate voice and a knack for songwriting that has already led her to a busy music career. Playing shows around Northern Ireland, winning awards and songwriting competitions, her music has even taken her all the way to Nashville as part of the annual Belfast Nashville Songwriters festival. Back in March she released her debut EP ‘Valentine’, led by the stunning single ‘Paris’.

The songwriter talks through us through some of her favourite tracks and influences on her songwriting.

David Bowie – Five Years
There are two Bowie songs that I utterly adore. ‘Space Oddity’ and ‘Five Years’. No matter how many times I’ve listen I always get blown away by the ending of this song.

The Quarrymen (The Beatles) – In Spite Of All The Danger
I first heard this song when I watched the film ‘Nowhere Boy’. I listened to it to the point of writing a song completely inspired by it called ‘Halfway’.

Hudson Taylor – Care
‘Care’ was my introduction to Hudson Taylor and one I still try to put into my setlists and coax friends into singing with me.

Jackson Browne – Late for The Sky
‘Late For The Sky’ is a song that caught my attention and one I’ve never been able to forget about. The lyrics are so beautifully raw and impossible to ignore. Flyte did a fantastic version of it too

Frank Sinatra – My Funny Valentine
Frank Sinatra continues to be one of my favourites. This song also holds the title to my EP, although they’re not related – as much as I wish they were!

dodie – Secret For The Mad
dodie is one of my biggest song writing influences and it’s been pointed out on a few occasions that that is quite obvious! This song has a gradual build up at the end and ends with virtually nothing, drawing the listener in completely. I’ve yet to write a song like this – but I’m working on it.

Rusty Clanton – Novels
‘Novels’ was the first song I put online as a ‘musician’ when I was 14/15. I was absolutely petrified on how people would react but it turned out okay in the end!

Matt Maltease – Even If It’s A Lie
Matt Maltease has an extraordinary voice that compliments his simple lyrics in an effortless captivating manner. When I find myself struggling to finish or start a song I tend to listen to Matt Maltease.

Lisa Hannigan – Home
To be plain. I absolutely adore Lisa Hannigan’s music. This is one song that once I found it was left on loop for weeks (possibly months). It manages to hold a feeling in a song. There’s an acoustic version online around a fire which is equally as beautiful.