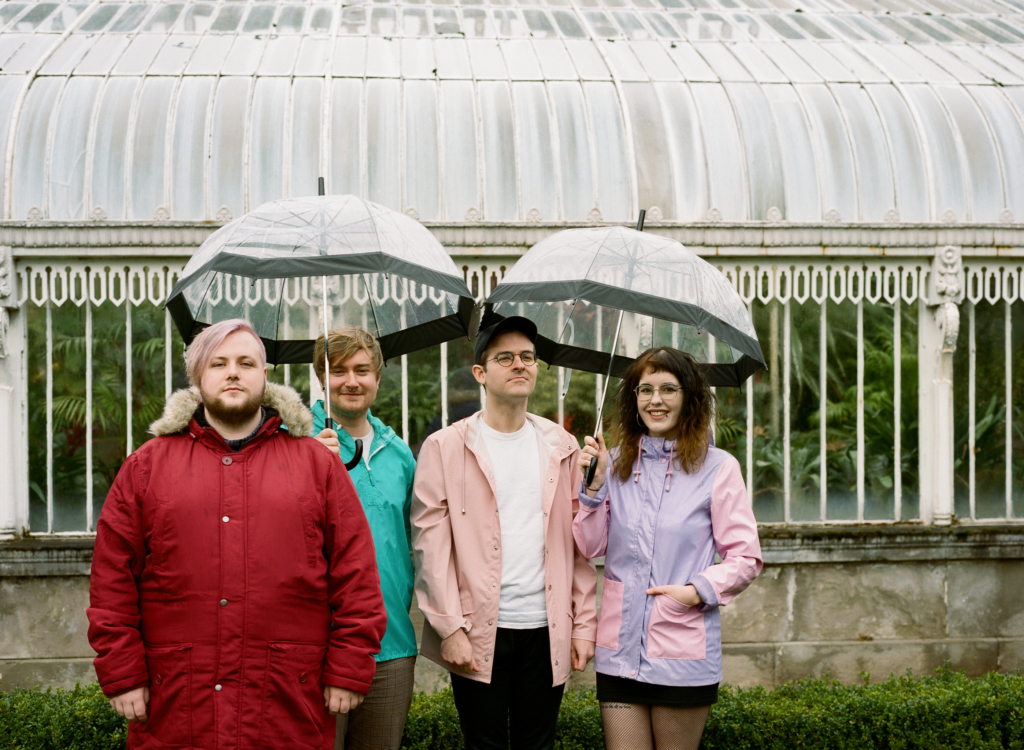 Almost a command, ‘Go Outside’ is an anti-love song of sorts to agoraphobia, written and recorded by the band’s Aidan Reynolds. Yet somehow, given its grey subject matter, the single is coloured with an offbeat kind of warmth by Big Daisy’s sense of inclusion and unity, granted by the bandmates’ coming together for this Belfast super-group. While the band is comprised of King, Reynolds, James Orr, and Chris Ryan the single’s recording takes a further lend from Problem Patterns’ Alanah Smith (rhythm guitar), and Junk Drawer’s Jake Lennox (drums).

With a repetitive, chant-like quality, ‘Go Outside’ is an anthem for the disheartened. King’s disaffected, almost-drawling vocals carry the cyclical monotony of a reality lived by many, a reality in which simply getting out of bed and facing routine tasks feels an impossible feat, “It’s much too dark to see, I’ll skip today and stay in bed.” The only crack in her impeccably resigned delivery of the first verse reveals the anguish beneath an angry facade, “Don’t wanna feel the rain on my skin, feel the pain.” Bright, reverb-y guitar lines cut through the anxiety-driven dread of modern life, escalating to a thunderous outro of ‘I never wanna go outside again’. Ironic though it is, Big Daisy’s first offering certainly gives us something to look forward to.