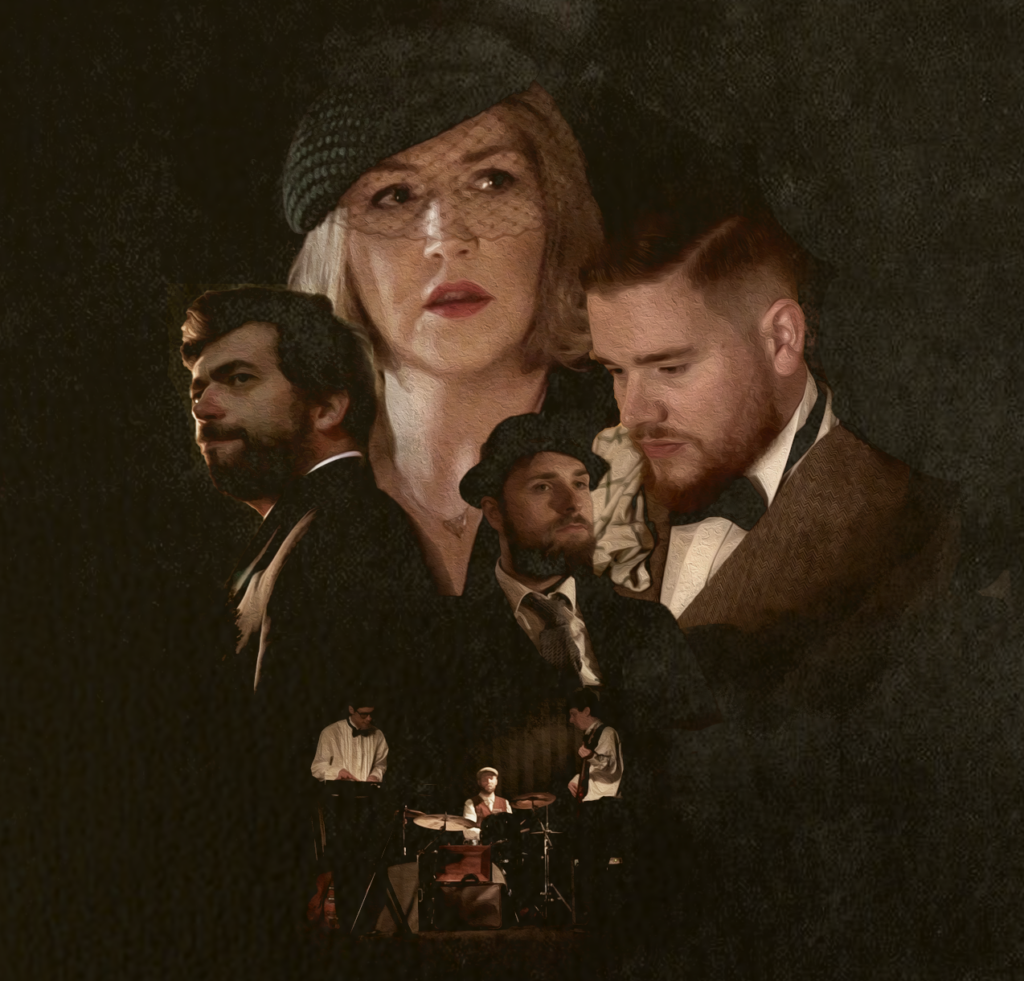 The eclectic collective that is Civil Simian have returned with their first new music in the best part of two years. The new single, out today, certainly suggests time well spent. We’re bringing you the first look at the accompanying video for ‘Bramble‘.

Flavours of prog, rock and soul have been thrown into an ambitious mixture. Across the track’s seven minute run time,
Ruari McCloskey’s vocals flow with a sense of gravitas, and joined by the impressive pipes of Revue’s Emma Loudon. The smoothness emanating from the keys and basslines are given grit by some crunchy guitar sounds, with the song building towards an extended solo. A modern production with a classic sound.

Class and quality is the name of the game in the song’s cinematic video. A sense of ambition ties into the storytelling, featuring the song’s cast of characters with Belfast transformed into a 1920s noir set. The production on the ‘Bramble’ video is incredible, with slick live performance scenes cutting through the unravelling plot. Civil Simian, along with DanDanDann Productions have pushed the boat out.

The grand and glittering video for the silken track is well worth your time. ‘Bramble’ is a welcome new single for fans of the band who have witnessed plenty of live shows but have waited since 2017’s ‘Draw The Prophet’ for a new release. And there’s no doubt this one will surely turn a few heads going forward.

Bramble is a murder ballad told from the perspective of three characters who knew the victim: The Bartender, The Widow and The Murderer. Throughout the song more details about the murder are revealed and the whole thing is tied together with the imagery of the Bramble cocktail.
Civil Simian

If you really feel like it you can shake the gin, sugar and lemon together with ice for pizzazz but it’s not really necessary. Add shaved or crushed ice to a glass and add the mixture. Stir and then gently pour the Creme de Mure on top such that it only partially spreads through the drink much like blood seeping out into an ice pool. Garnish the lemon and blackberry however you like.