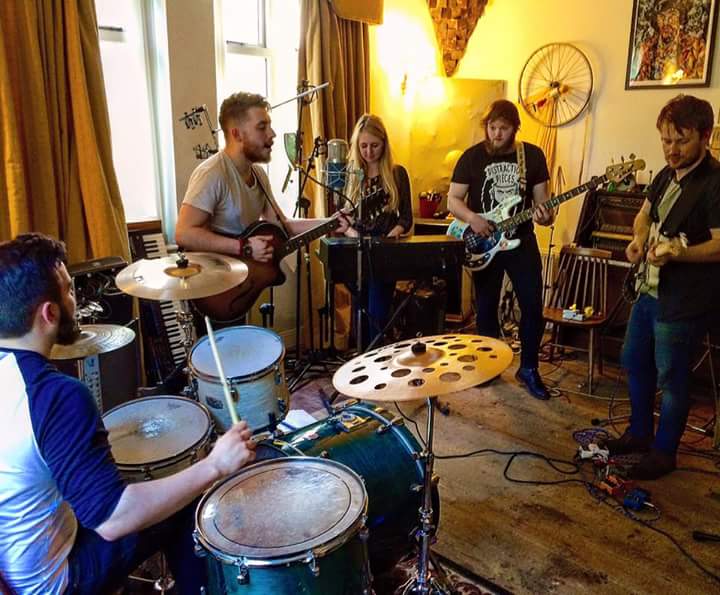 Premiere: False Friends – All My Friends

Fans of the Northern Irish may not be too familiar with False Friends, but they aren’t a new entity. False Friends is the new name of indie band, Don’t Shoot. The five piece are currently based in Glasgow and are starting to make inroads in the music scene there.

The debut release under their new moniker is the foot tapingly addictive ‘All My Friends‘ which has a slight folkish vibe floating over it. The track was recorded and mixed in Millbank Studios by Mike Mormecha and James Lyttle, before being mastered by Pete Maher who has previously worked U2, Jack White, The Killers and Rolling Stones.

“The lyric ‘Went a little crazy, or so say all my friends. I’m feeling better now, a little straighter around the bends’ was written on a piece of paper in False Friends’ Glasgow residence for about a year before we were able to bring it to life. We tried a few times to get through the song but nothing clicked, even though we knew there was something there. It was only whenever our guitar player was jamming to the song with a country-esque riff, that we found a groove that wasn’t there previously. We usually just bring the track to our drummer and see what ideas he had, and he got the feel for the song immediately. We felt that adding the big organ sound brought a bit of respectability to an otherwise raucous song. One of our favourites to perform because it’s great fun all round!”