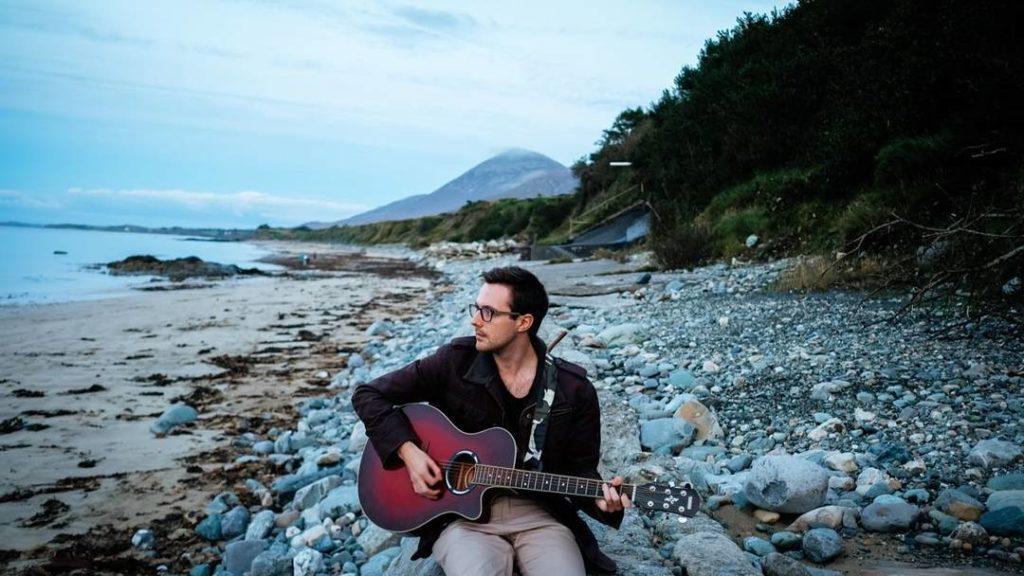 Premiere: Glass Wings – For A Little While

Limavady/Belfast songwriter Stephen Jones, known in the music world as Glass Wings, has just released the first single from his forthcoming debut album. ‘For A Little While’ sees Glass Wings at the top of his game, with the album hopefully not far away.

The track, released last week, is constructed around a simple guitar motif and the repeating refrain of the title. Hints of darkness and emotional turmoil in the lyrics, build alongside crescendos of cymbals, keyboards and a mass of guitar parts. 2017’s Jana From Barcelona EP highlighted the range of sounds in the songwriter’s repertoire, with ‘For A Little While’ furthering that cause, with its emotive indie rock produced by Phil D’Alton.

The video, premiered here, is directed and filmed by Josh Brogan. Glass Wings lost in the wild, exploring memories in the forest, provides a scenic backdrop to the track.

We’ve been impressed by Glass Wings plenty of times before with the Limavady man a finalist in last year’s Kickstart competition. Our first taste of new music has already set a high bar for the album to come.

“For A Little While is the first of a series of singles to be taken from my still-untitled debut album, which is coming out later this year. I wanted to lead with a song which I thought gives a flavour of the album; a mix of dynamics and new sounds than people haven’t heard on a Glass Wings song before. The production process with Phil D’Alton has been really free and creative which I hope comes across.

It also speaks to my own journey since I released the first EP last year. Reflection, both good and bad, and a process of maturing both emotionally and in my music. This first album is going to be a really interesting mix of a lot of different genres. I can’t wait for people to hear it!”