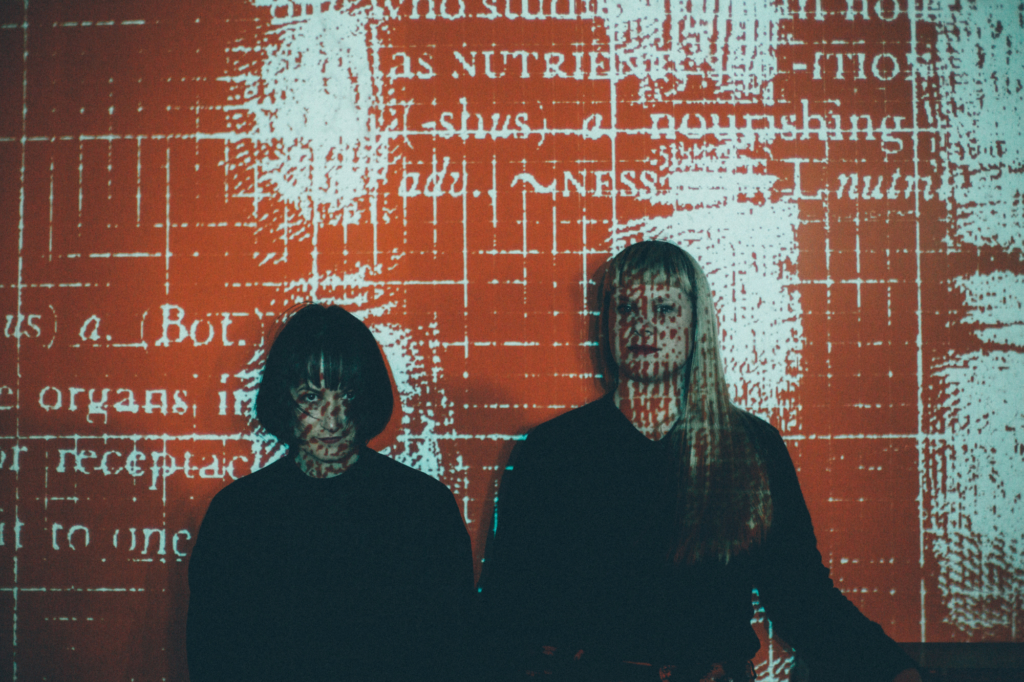 “We’re told to shout fire. Every girl knows when not to take a shower” – the firey manifesto of art-pop/garage rock duo Party Fears rings out clear in their newest release ‘Money‘. The two-piece has always walked the fine line between catchy pop melodies and riotous punk fuelled desert rock, but on ‘Money’, arguably their darkest track, they fully indulge in crunchy guitar-led rhythms and morbid lyrical imagery in the pursuit of their heaviest number yet.

“You don’t lose much but you do lose money” comes the growling crescendo, spread out over a landscape distortion dripping garage riffs and a punishing percussion backdrop. It matches the ethos of the track, one inspired by power and how cash lies at the moral and spiritual centre of many of the problems faced in the modern world.

Cited as the point where punk meets corporate fatigue, the video, directed by Sean Gallen and starring actor and comedian Marisa Llamas, deals with the seemingly never-ending hoops of nonsense DIY bands have to jump through in order to survive as artists . The release is the last for Party Fears drummer Eilis Frawley, who moves on to pursue new creative ventures.

“We’re told to shout fire. Every girl knows when not to take a shower’. The line references grim advice girls often receive about what to do in instances of sexual assault. ‘There are these moments of “compromise” when you’re a woman that feels so horribly wrong. Refusing a come-on by lying and saying you have a boyfriend, for example, but there are also capitulations we make every day; these little blips of moral grey. And cash is usually at the centre of it: in the things we buy or the wage we earn. So it’s a song about money and a song about power.”
Party Fears