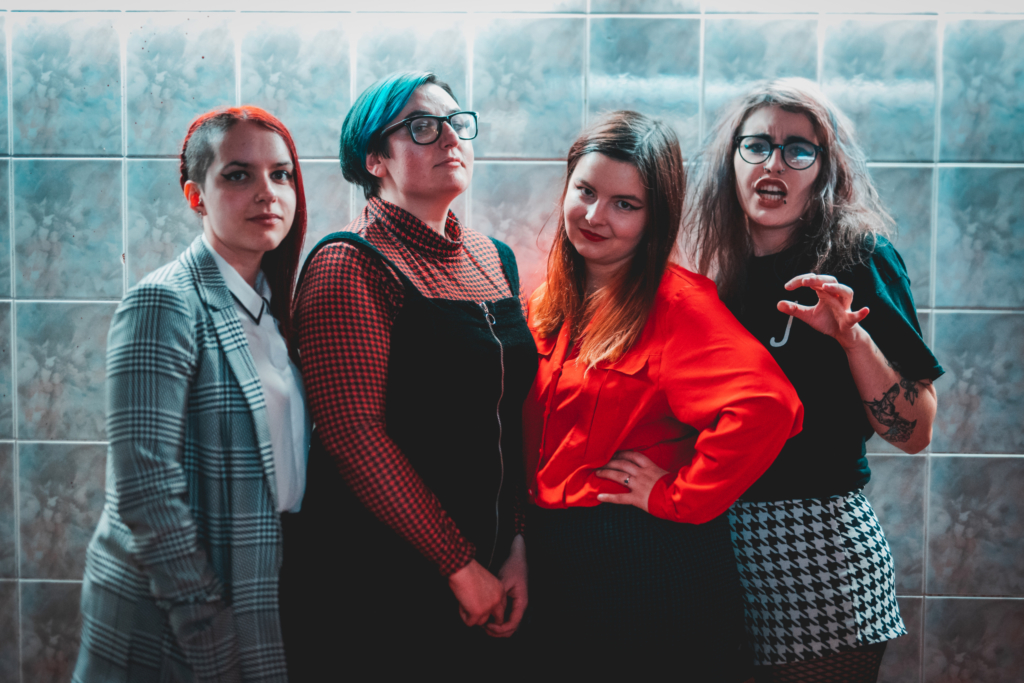 Problem Patterns: an astonishing cocktail of fierce performers matched to punk with a cause, angry but never losing a sense of fun. Their latest single, their first new music since last year’s Good For You, Aren’t You Great EP could scarcely have a more apt name, here’s a first listen to ‘Big Shouty‘.

A pointed punk song in three acts, ‘Big Shouty’ gives the band’s Ciara, Alanah and Beverly a verse each to let rip. All shouted to the back of the room with a ferocity in their own distinct styles, over Bethany’s relentless drumming and guitar parts that are a punk fan’s promised land.

These kinds of anthems are the band’s raison d’etre, and ‘Big Shouty’ captures the over the top rage so explicit in their live sets. The song broadcasts their experiences as a band of women and the prejudices they face despite their well deserved reputation as an unstoppable force in Belfast music. The Riot Grrrl comparisons come thick and fast for Problem Patterns, they’re spearheading a charge of DIY attitude and feminist spirit in Belfast alongside friends like Gender Chores.

‘Big Shouty’ is a short roar in anger. It’s all over in a couple of punk induced heartbeats. A song with a message, played loud and fast.

“Pulling from different personal experiences, Ciara’s verse is a cheeky snarl at a recent incident where the band where listed as “best bands with lady bits”, Alanah speaks about the joys of being mansplained your own band & Bev’s feelings of rage towards those in power who abuse their powers and deny human rights.”
Problem Patterns