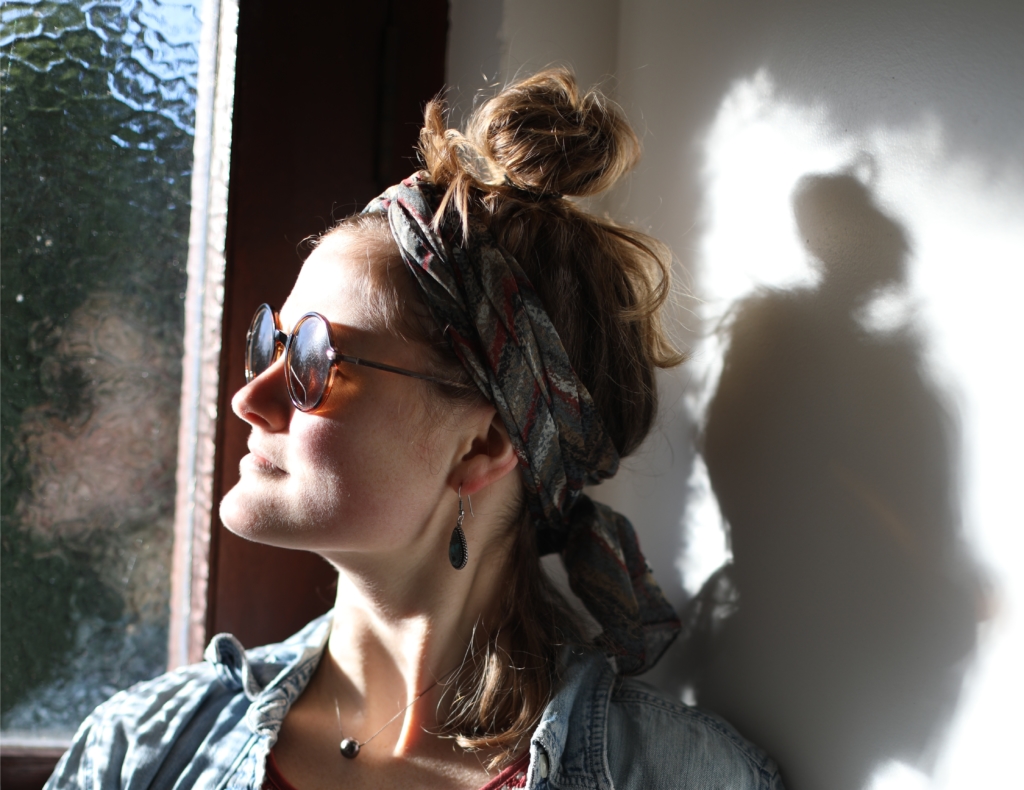 Maya Goldblum was born in the doorway of a forest cabin. Her life has taken her from the surroundings of Idaho to our very own Derry. As a musician, she has taken her roots and run with them. The latest fruit from her artistic endeavour is a debut album Light Shadow Boom Boom ready for release under her Queen Bonobo title in May. Today, we’re proud to premiere the album’s second single ‘Boom Boom’.

Remarkably bare, ‘Boom Boom’ manages to emanate the relaxed meter of jazz within a primal fireside chant. The voices of Goldblum and backing vocalist Antoinette McAllister playfully fall in and out of the largely acapella track, the sounds of shakers and muted percussion carefully carving out a beat behind her. The sense of space betrays the complexity of voices and rhythms within. With its earthy sense of soul, it is no surprise that Goldblum chose today’s Spring Equinox for the song’s release.

Northern Ireland is now home to a diverse variety of musicians drawing on numerous life experiences. Goldblum and Queen Bonobo however may be that little bit apart. A life spent roaming, learning and singing has birthed ‘Boom Boom’ and the album that follows.

“The sentiment for this song arose, when I was with my dad in the Appalachian Mountains of North Carolina. I wrote it after talking with him about the importance of being present and not worrying about anything outside the “now”. It represents the connection and passion we share for music and how it’s such a strong force that heals and grounds us.”
Swannanoa, NC, U.S.A., 2016
Maya Goldblum

Rhythmic and spiritual, the song is not only a bold statement but the sound of something magic caught on record. Written about being in the moment, ‘Boom Boom’ is very much of its origin, transportive and bewitching.

The album Light Shadow Boom Boom is described as ten intensely personal songs that explore depression and acceptance of one’s self. The result of travels around the world, a jazz education and upbringing and now a quintet of musicians, it’s an album we’re certainly looking forward to.