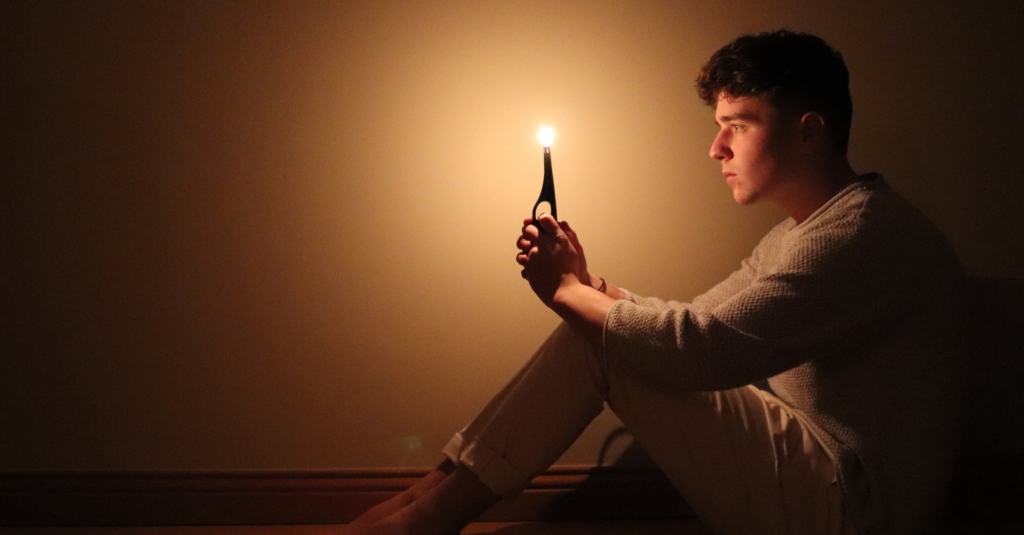 The follow-up to his debut single ‘Islay’, ‘Parachute’ is aimed squarely at stirring the emotions. Built on a foundation of modest piano chords set against Stayne’s expressive and dramatic vocals. The song builds in atmosphere and sentiment with strings and choral vocals increasingly falling into the mix. ‘Parachute’ is a modern ballad, that leans both heavily and unashamedly into the world of pop with its romantic declaration that “I’ll be your parachute”.

The accompanying video, premiered here, mimics the melancholy of Stayne’s yearning lyrics. A intimate interplay of protagonist and the object of his desire, projected through memories.

The twenty year old songwriter from Derry adopted his Stayne moniker from his autistic brother’s way of pronouncing Stephen. This, his second release, already looks set to build upon the promise of a first single that received airplay on Across the Line and found an audience online.