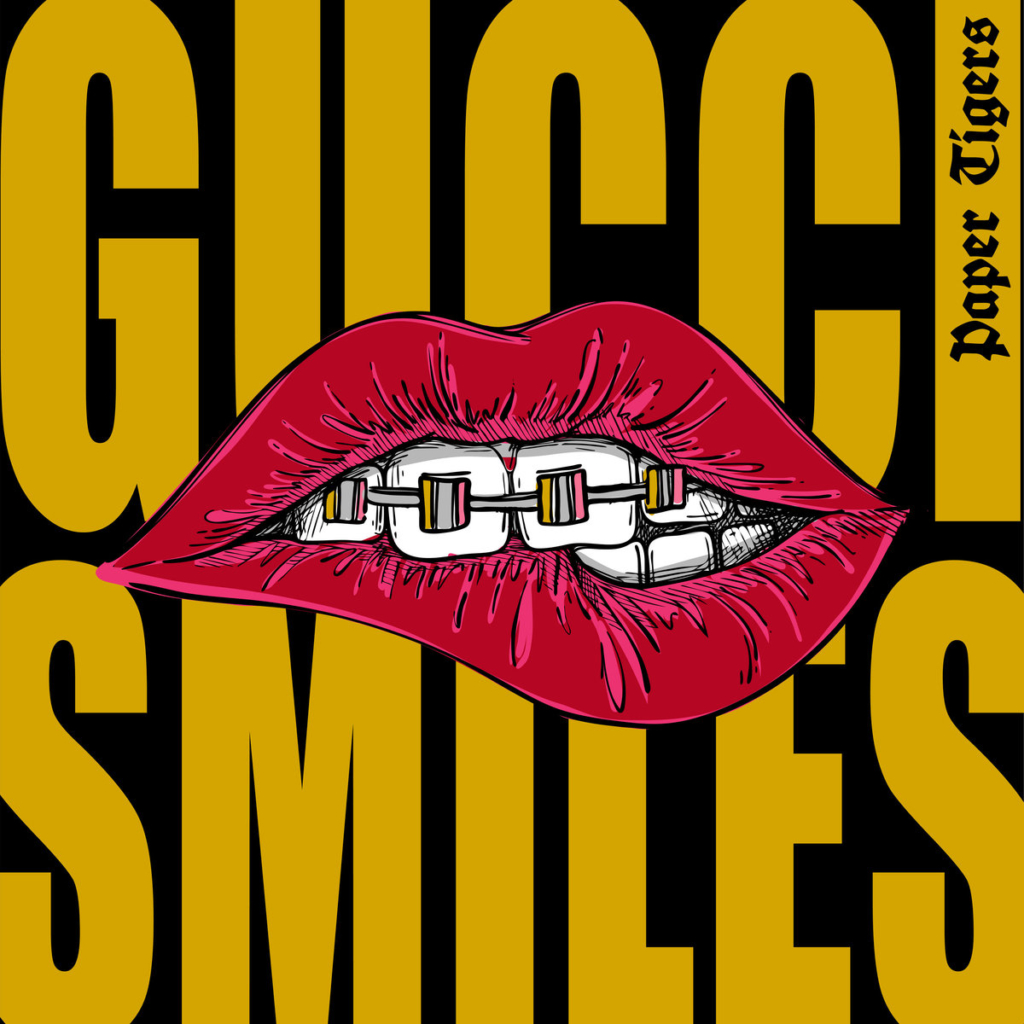 Blasting out of Belfast like a bottle rocket, alt-rockers Paper Tigers, come smashing out of their cage with straight-up banger ‘Gucci Smiles‘. From the opening bounce and swagger of main man Michael Smyth’s guitar, the Tigers slowly dispense their brand of bawdy, ballsy and insatiable blues.

Underpinned by a tight and ferocious beat, it is crooner Hayley Norton who elevates the song into the stratosphere; blending the dirt of Cosmic Egg era Wolfmother with her syrupy good vocals not unlike a Juliette Lewis or a Karen O. Her vocals haunt the track with visions of both, at their most sweaty and most powerful. Whilst the lyrics don’t immediately tell any specific story, they stay on theme throughout, capturing the sound of Hayley, no doubt thrashing wildly around and wired to the same plug that powers her band’s noisemakers. Are the sounds snarled throughout merely catchy words bound up in phrases with nothing particularly radical to say?

Time will tell what Paper Tigers have to say but this is rock n roll, with a sense of good time in stacks. One to watch.