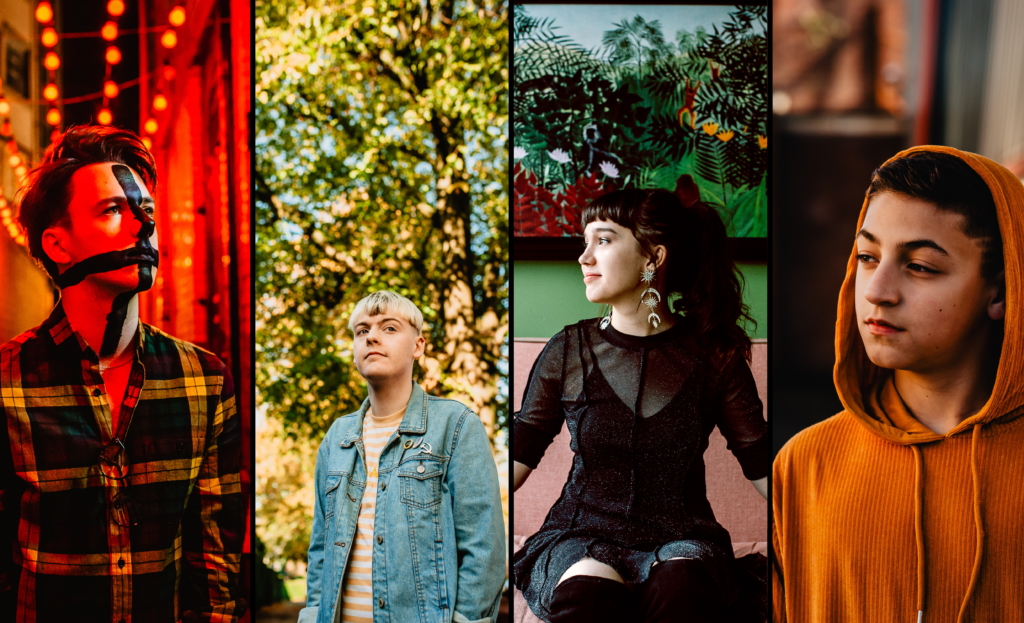 First on the release is South Down eclectic rock wizards Cloakroom Q. and ‘Leave Me At Lusk’. A frenzied number that shuttles between bouncy indie riffs and heavy strikes under fierce vocals. The boys are a unique prospect, dipping into glam, art rock and shades of punk, Cloakroom deliver a shuddering trip of mania about a journey to Dublin.

Next on the diverse tracklisting is Joel Harkin, building on his reputation for sad alt-folk on ‘Thought I’d Go Home’. A dose of melancholia, Harkin’s brushstrokes of reverberating guitar are cut with mandolin and pedal steel, as he reflects on loss and whether he was good enough he in the eyes of the unnamed (and possibly four-legged) object of his affection. The warmth of a chorus of voices takes everything to another level.

A debut single from emerging songwriter Sasha Samara comes next. ‘Broken Vessel’ is a wistful at the artist’s relationship, with sharp lyrics, delivered in two halves. The breezy and intimate first half of the song picks up in tempo and attitude as percussion enters and guitar parts harden. Samara’s assured voice is the most welcoming invitation to ‘Broken Vessels’, sanguine and expressive.

The final track on the release comes from young songwriter Conor Marcus. Still only the age of 14, Marcus has seen his talents celebrated through ITV’s The Voice Kids and live performances around Northern Ireland. Marcus wrote ‘Looking Down On Me’ for a friend who’s dad passed away. Despite the difficult subject of grief and suicide, it’s a song with soulful and hopeful point of view, delivered in a catchy few minutes of acoustic pop.

Named recently, the four artists went into Start Together Studios Belfast and recorded the tracks as part of the scheme. The release signals the start of a programme that will support and mentor them over the next 7 months.