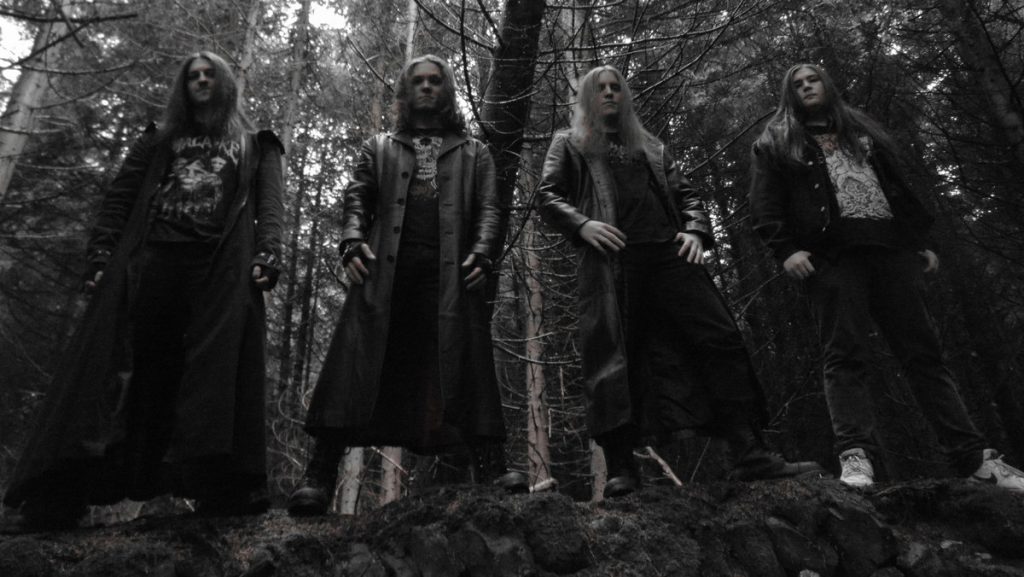 Despite the baby-faced youthfulness of its members, make no mistake: Shrouded play proper, old school melodic death metal with no frills, no subgenres, no arsing about. Forming a mere two years ago and with an EP already under their belts (2015’s Inception of Inhumanity), the band – comprised of Dani Kansanaho on vocals and guitar, Shane Hughes on guitar, Jordy Thompson on bass and Scott Neill on drums – are already seasoned live performers, playing alongside the likes of Zombified and Rabid Bitch of the North. Following the release of latest single ‘Ascension’, which you can check out below, they embarked on an all-Ireland tour, culminating in a performance at Cork’s 96/1 Festival.

The single, a short, sharp shock of death metal, will blow your hair back with its ferocity and ‘triumph over despair’ lyrics, all sung in Kansanaho’s deep, guttural growl, which seems to come from the very bowels of the earth – not to mention some serious fret-bothering guitar work, pummelling drums and gnarly backing screams. Listen…if you dare.

Shrouded will play Ghoulstock in the Warzone Centre on October 28th, and Siege of Limerick on the 30th. Check their Facebook page for more details.