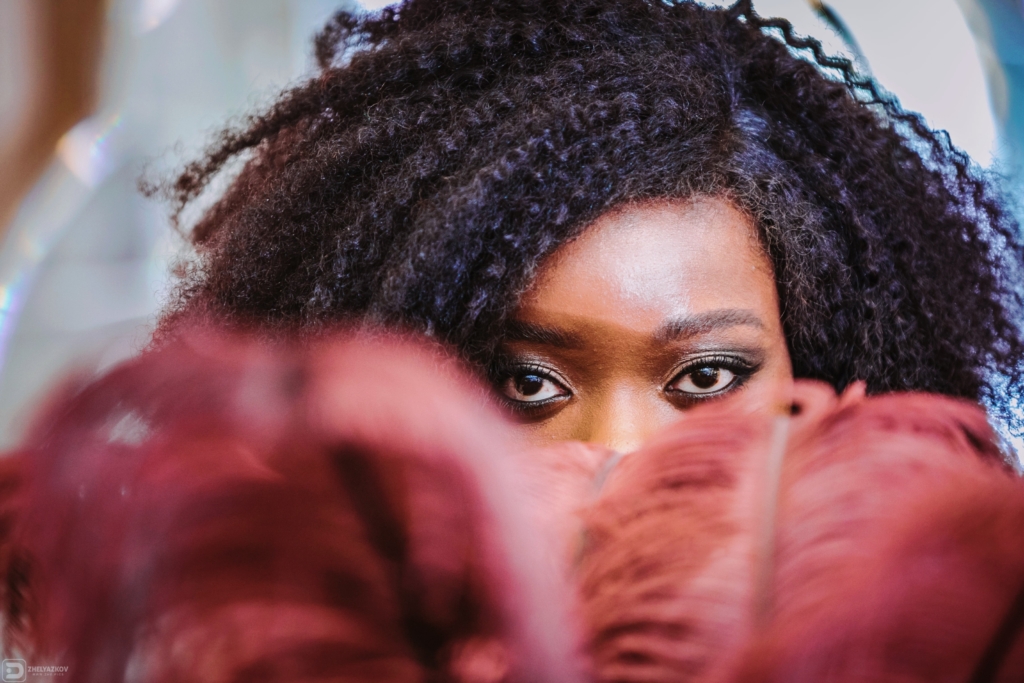 Stream: Winnie Ama – What Are We

Winnie Ama is taking off. Having started writing music at the age of 20 when university, she had spent her early years writing poetry and short stories, and singing in school choirs.“I probably come across as confident and assertive but these are learned attitudes. I started writing songs just for fun, and I taught myself how to play the ukulele. I was just sharing my songs with my mum and friends on Facebook. I love writing songs because you can say things you’d never be able to say in a conversation and it’s really cathartic. At the end of a long or intense day I like writing a song, it’s my way of responding to the world around me in a constructive way, like writing a diary. It never would have crossed my mind that anyone would want to hear anything I had to say, let alone listen to a song I wrote.”

Despite ‘What Are We’ being Winnie Ama’s first solo release she has quite the resumé under her belt. She has worked with Glagla Records since 2018 and written numerous songs with the likes of Francis Groove, Tony G and Simon Le Saint. Three of these songs placed on Music Week’s Commercial Club Chart and Urban/Black Club Chart top 10. Their song ‘Can’t Wait’ made it to number one. In fact, “What Are We’ has already entered the Black Music Chart at number 14, 2 weeks before it’s official release.”

‘What Are We’, like many upcoming projects, is a product of a pre-lockdown world but seems eerily relevant to the conversations which have been taking place over the past few months. “It’s about being tangled in an argument then realising you’re not sure which side anyone is on anymore. We recorded it in Belgium before lockdown but I’ve experienced this feeling a lot recently; in conversations about Covid, BLM and fake news. I’m sure a lot of us were let down by people we thought we could rely on and maybe, people we’d never normally agree with turned out to be our strongest allies.”

‘What Are We’ is an R&B pop influenced track, mixed and produced by Belgium’s Simon Le Saint and Aeroplane’s Vito De Luca who have dabbled in the likes of EDM and Nu-House. The final mixes of the track were put together over lockdown. Luckily for Ama, the team was on the same wavelength and the final weeks for over the phone collaboration was enough to maintain the in-room relationships. A precursor to the track entitled ‘Running’ was released on Ama’s Spotify as a teaser for her solo debut. Acting as a curated intro, its instrumental builds for over 3 minutes, allowing a tension to be drawn out and then released on ‘What Are We’.

This song begins by asking the core question “What is this / and what are we now facing?” before pulling more questions about the reality around “We’re up to our knees / you tango with me”. It is more existential that one would expect from a two and a half minute pop song. “I get inspiration from difficult situations, world events, relationships (friends, family). Most of the time, people relate my songs back to their romantic relationships, even when the song is about something completely unrelated and obscure like this one. I think people expect songs to be about relationships, or they fill in the blanks to connect with the story on a level that means something to them. I think the interpretation by different audiences is one of my favourite things about art in general.”

On top of industry talking points, Winnie Ama has been particularly outspoken about Linda Coogan Byrne’s Gender Disparity Report findings which were published early last month. The report accounted than a mere 15% of plays on Irish radio were female artists. “I think music should represent society, since half of the population is female, it doesn’t make sense that only a handful of females are represented at the top of the charts.” She identifies a problem with control in the music industry where label managers, radio playlisters and promoters decide the success of artists, noting the need to identify problems to fix them; “people like Linda Coogan Byrne and Vick Bain have done this with the Gender Disparity Report and the F List.” As an act of defiance in the face of underrepresented women, Ama goes on to recommend some of her favourite young female artists “my top female artists to watch right now are Elina who is 16 and has the voice of an angel. She produces too and I love it when women get involved in production. EFÉ is Irish and has super smooth vocals which create very summery vibes. I also love Gemma Bradley. Her new song ‘Obsessed’ is definitely her best yet. It would be nice to see these artists breaking through to the commercial mainstream charts.”

When it comes to her own career, she has things up ahead. Winnie Ama hopes her planned mini tours lined up from November onwards will go ahead. This includes a stint at London’s first socially distanced immersive live event at One Night Records. She is also keen to perform back on home turf in the likes of Black Box, Empire and Ulster Sports Club. Having left Belfast in 2012 due to a recession-induced lag in the job market, Ama has since returned viewing with an outside eye, how Belfast has grown in terms of diversity and investment; “it makes me so happy“. Until such a time when she can play here again, we’ll keep the seat warm for her. And whilst we wait, there is work to be done and an already charting single to promote.