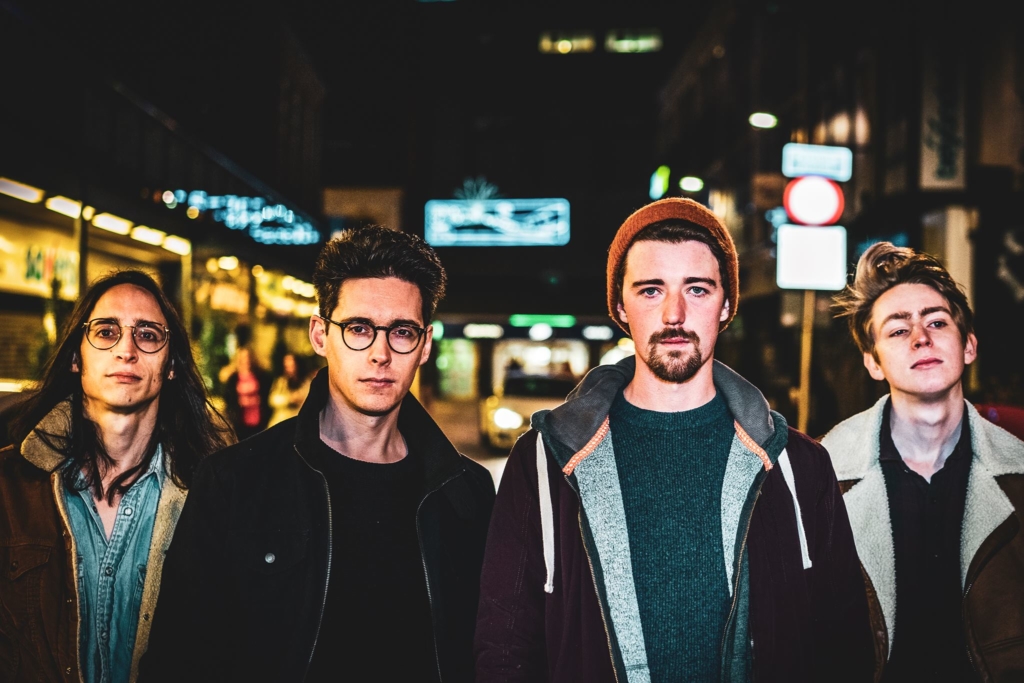 Watch: Diamir – Behind the Facade

Diamir, one of the world’s tallest mountains, 26,660 feet high, situated in the western Himalayas. Diamir, being the local name for said mountain and it’s peak, translating to “king of the mountains.” Diamir; one of Northern Ireland’s hidden wonders of the music world and heir to the throne of music mountain, biding their time before reigning supreme in glory as our new Overlords.

‘Behind the facade‘, the debut release from Diamir, is a beast of a song and one of the finest progressive rock and metal songs to come out of Northern Ireland; ever really. It’s a stunning move, truly a call to arms. More people need to hear this song and see with their own eyes this band’s spine crushing live performances as soon as quarantine lifts.

The song opens with an immediate, one punch, knock out riff that drives the clean vocal assault from singer and keyboardist Peter Devenney. It’s a climatic, monumental clash of instruments that brilliantly reinvents the rockabilly, 1950s style; conjuring up a dark twisted image – that of Mad Men era America, a backdrop to barber shop quartets en masse dancing along to a new, eccentric and terrifying be – bop beat. As the song chugs along, with massive weight, the vocals seem to mould perfectly into the aggressiveness. The relentlessness is sustained and controlled flawlessly.

This song has it all. It’s littered with organ solos, guitar solos, vocal harmonisation and sound effects; of gunshots and police sirens that ramp up the pace and bring out that authentically Northern Irish edge. As a unit, these guys are tight. The hooks are distinctive, the drums are hit with an angry vigour and the meaty bass makes for a good ledge for the song to jump from and glide with confidence into a pure, energetic and brooding modern rock masterclass.

Behind the facade is thunderous. Diamir are a mountain. Be assured they will be Kings.