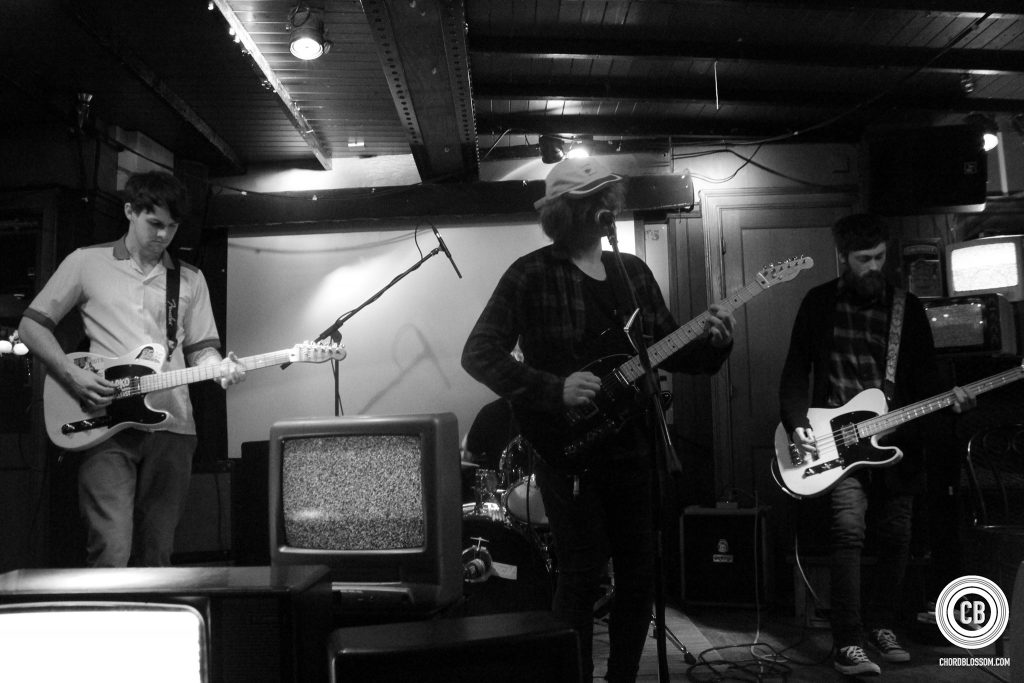 Hand Models, Belfast’s premium providers of catchy indie pop bangers have treated us to a handful of said tracks over the past year or so. The latest single ‘Banana’ comes complete with a ridiculously good video shot on the streets of Belfast.

Hand Models found their way onto the Oh Yeah Music Centre’s Scratch My Progress programme and will appear at Dublin’s Hard Working Class Heroes next month, impressing at a raft of gigs and festival appearances in between. A more than adept live band, the four piece also have a great set of singles behind them to boot with 2017’s ‘Skate Shoes’ making its way onto our tracks of the year.

New single ‘Banana’ is certainly memorable, with all of about 20 words in total and a reprise of ‘ba-na-na’ never too far away. Playing to their strength’s vocalist Gareth Murray’s lazy day slacker anthem is a seriously catchy three minutes. Its charm lies in its directness, two big hooks amongst some indie guitar pop.

While the track is an earworm, the video is something else. Gareth Murray and the boys, all donned in banana costumes take us through a day of debauchery in the city centre. From drinking on Belfast’s beer bikes, to hungover cafe shifts and some genuine, certified real boking, it’s an over the top DIY video that brings to mind peak Blink 182 and all that era.

The release is timed around the band’s Summer Party with the Wood Burning Savages, Hot Cops and more, which takes place in Limelight this Thursday.