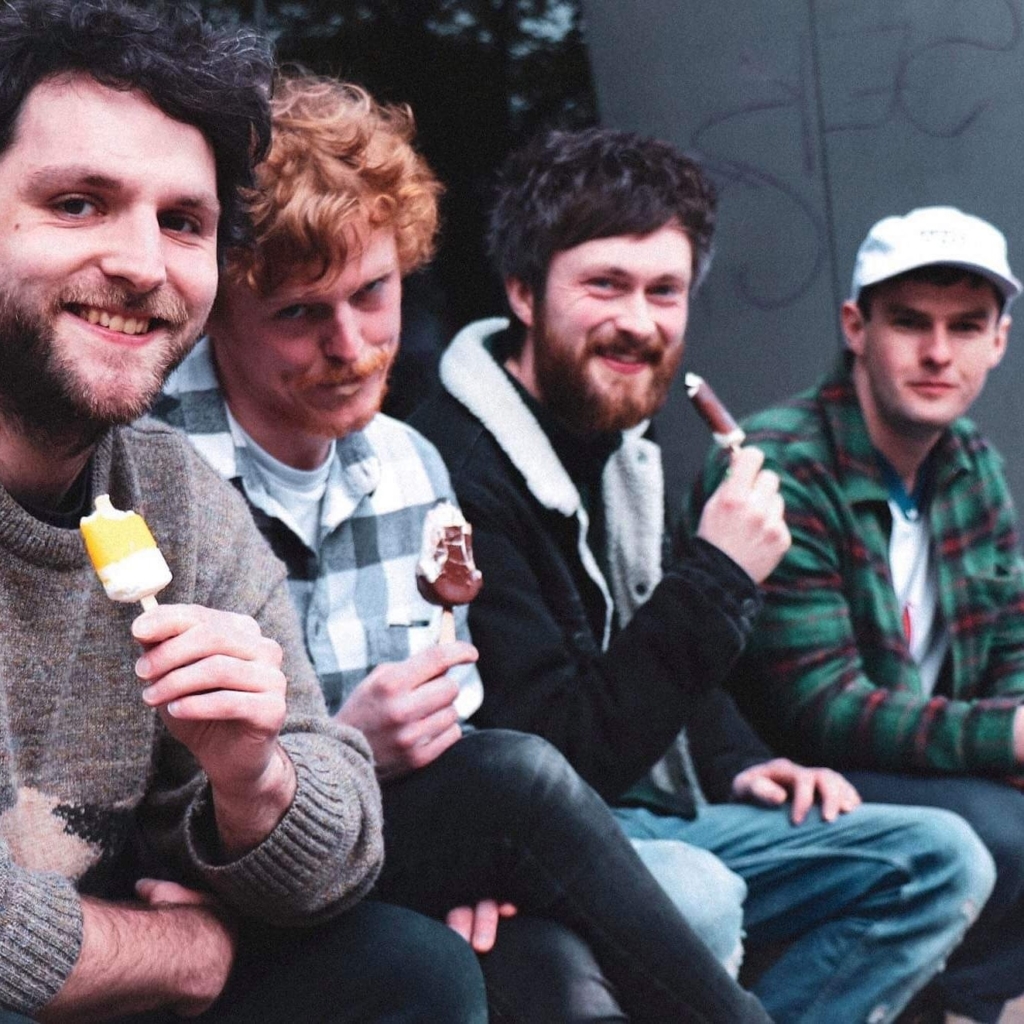 Standing out as four lads in an indie band in Belfast might not be the easiest thing in the world, but Hand Models did just that with the banana suited, anarchic video for last single ‘Bananas’. They’ve now followed it up with a single with a message in the form of ‘Last Leaves on a Tree‘.

Between the track itself, released a few weeks ago, and the new video, the band have already picked up plenty of new fans. The poetic title masks a stinging blow at the DUP and their archaic stance against equal marriage in Northern Ireland, culminating in a chorus of “fuck the DUP”. The succinct shouts are the attention grabber but the depth of the song lies in the rest of the lyrics. The story of a friend moving to Dublin and finding himself a husband while the rest of us hang on in NI hits home just as hard as the less than subtle outro. A pointed and powerful track in an indie pop package.

The video, shot and directed by LarkSpark Photography is another Belfast based story from the band. Hand Models management meetings, canvassing and a ‘fuck the DUP’ singalong is all interlaced with footage from the ‘democratic’ unionist party for a video that nails the vibe of the song.

Hand Models have retained the joy of their slacker guitar pop while delivering a rallying cry for something they believe in. Just don’t expect to catch it on BBC Radio Ulster any time soon.