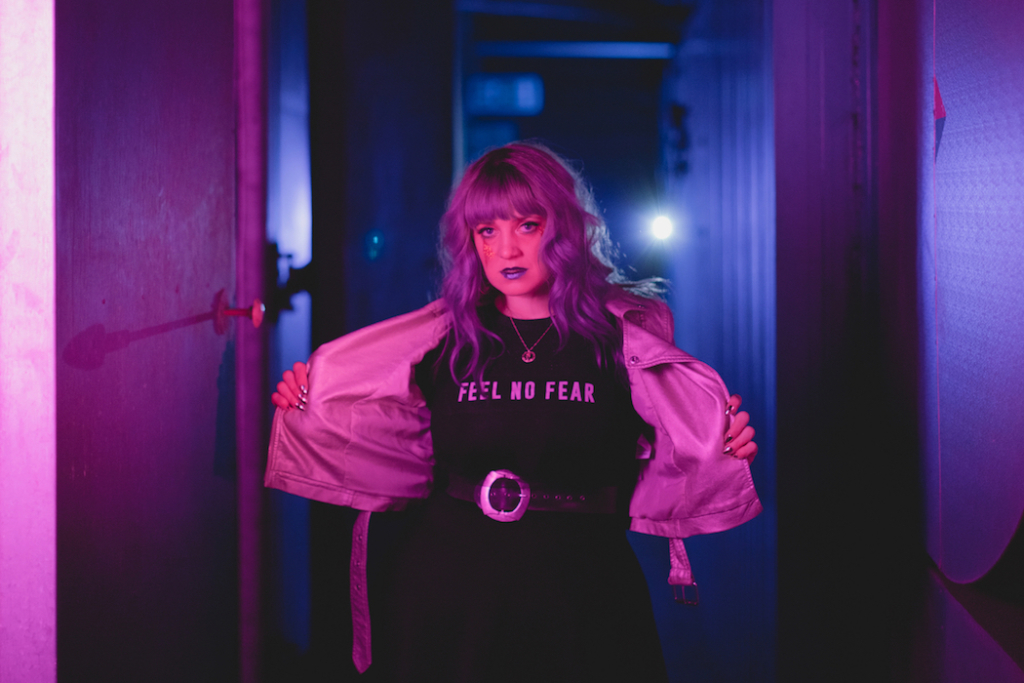 Katie Richardson’s name, face and undeniably voice will be well known to most with an interest in music in Belfast and beyond. A force within the music and theatre worlds, Richardson has shied away from releasing music since moving on from her Goldie Fawn moniker. Towards the end of last year she announced herself once again as HEX HUE, and this month she debuted her first single ‘Numbers’.

Like its accompanying video, ‘Numbers’ is awash with colour. Rooted in pop music, ‘Numbers’ is also undoubtedly laced with Richardson’s choir background with her powerful voice lifted by gospel like backing. The continually rising producer Ryan McGroarty (Beauty Sleep) has given the track plenty of room to breathe. Percussion and synth lines weave around each other under Richardson’s ode to togetherness in adversity.

There is no doubt about Richardson’s credentials and HEX HUE’s potential. It’s exciting to see her latest endeavour take flight with the harmonious alt-pop of ‘Numbers’.