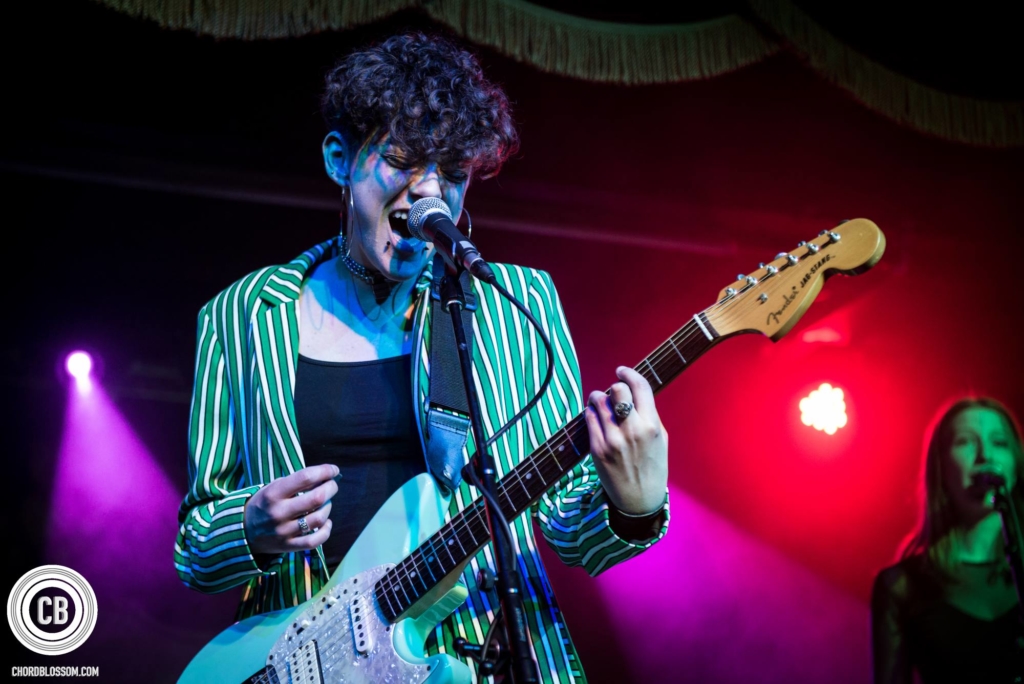 If 2018 was anything to go by, then the new year should prove to be one to remember for alt-rock hopefuls Jealous Of The Birds. It’s only fitting then, that they open proceedings with a winner. ‘Blue Eyes’ is their latest single, a teaser for the upcoming EP, and it’s so cold that it burns. Front-woman Naomi Hamilton and co. have their uncompromising style and relentless flair on full display in this searing new number.

Previous to this, much of the Bird’s appeal has been intangible. Their poetic lyrics, free-spirited vibe and audacious predilection for having a laugh were all universally appealing, human traits. It’s what helped establish their following. They peddled buoyant, ethereal, concepts that housed entire realms within their chords. Their worlds transported seamlessly from instrument to imagination. ‘Blue Eyes’ however is a different animal, with a concrete urgency to match. It’s an ecstatic explosion of frenzied licks and nonconformist groove that grabs you by the collar and drags you into their world of purple sunrises, seductive sugar and champagne filled teapots. And that’s just the first minute.

One of the few times I appreciate being fooled by a band, JOTB open with a kick-in-the-teeth funk that bleeds into a delightful bohemian swing, luring you in with the patience of a venus fly trap. Suddenly, the chorus kicks in with a fierce electric twang that had me unintentionally whispering “Oh F*** YES.” An open invitation from Hamilton to the owner of the aforementioned Blue Eyes to “Be mine, be yours” (wholesome) so that there may be a “salty lick” of some nature and that her room may “smell of woman” (less so.) An ode to the co-existence of a passionate, innocent and tender nature in femininity, Hamilton’s lyrical wordplay is on top form throughout.

The NI darlings contine from strength to strength. From the punch of the opening riff, to Hamilton’s syrupy intonation, to the giggling elation of the backing “Yeah Yeah Yeah’s” in the chorus, ‘Blue Eyes’ has all the makings of an essential playlist addition, and the hallmarks of an alternative classic. There are no wasted moments. Each line tells a story, each metaphor is vividly descriptive, every chord or cymbal an outburst of vitality. I hesitate to engage in hyperbole but it honestly sounds as close to flawless as I have heard in a long time.

Even by the high standards already set by releases such as ‘Marrow’ and ‘Plastic Skeletons,’ ‘Blue Eyes’ is a triumphant statement for a band forging one of the most exciting identities in recent memory. There’s a fond recklessness, a near-manic sense of liberation present in ‘Blue Eyes’ that conjures images of weathered notebooks with scribbled pages. Of dancing through the burning sun into a violet night. Of wearing baggy jeans, counterfeit sunglasses and passion-smeared makeup. And throughout it all, it’s impossible not to envision Hamilton’s wolfish smile as she howls through your headphones. Remarkably sharp, ferociously fun, and arguably their best effort yet, my only complaint is that I’ll never be able to hear it for the first time again.