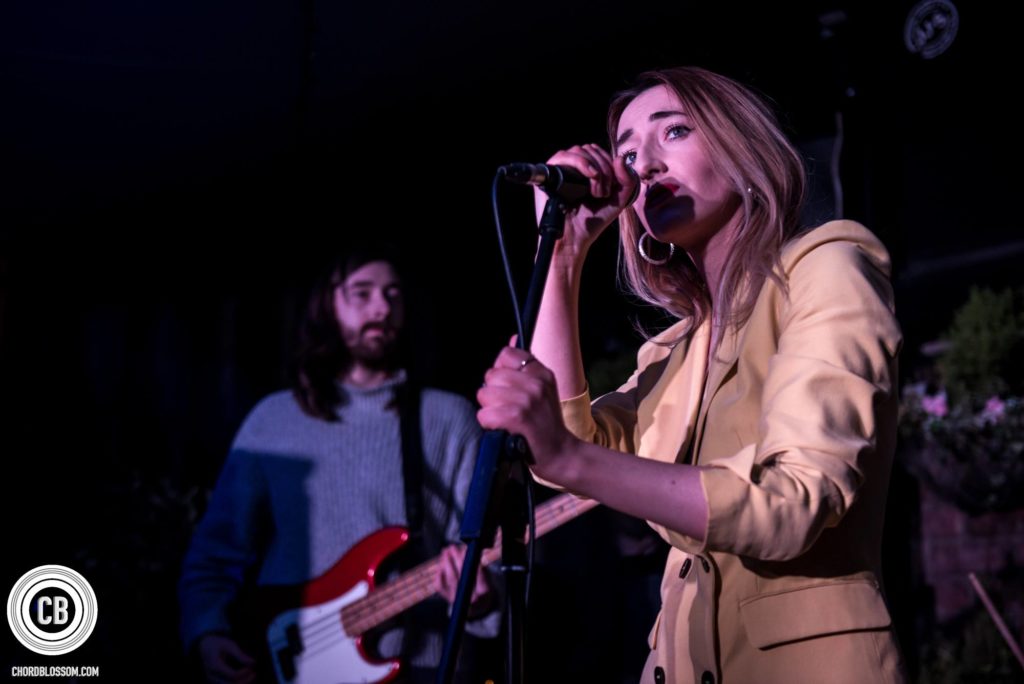 Fiona O’Kane has kept us waiting for the first single from her new pop outfit LARKS. But that’s quite alright, as one listen to that debut single ‘Holiday.’ shows it’s been worth it.

Born back in 2016, O’Kane’s LARKS followed the odd solo endeavour and the eminently popular Runaway Go, who released their debut album back in 2015. As LARKS, she has played shows around Northern Ireland, teasing an emotive sound that was yet to be released. Last year there was a stripped back solo performance video for ‘Tired Eyes’, but ‘Holiday.’ marks her first real release.

Flirting between shimmery and moody, ‘Holiday.’ is a gorgeous first release. Its alt-pop groove flirts with retro stylings underneath LARKS’ stunning vocals and enchanting melodies, setting a mood of both romance and nostalgia. Confident songwriting in a nutshell.

The track is accompanied by a tremendously simple but wonderfully choreographed video. Directed and produced by LARKS, Brian O’Kane and David Jackson, LARKS, illuminated by headlights, dances along a country road in the night. Finally let’s not forget to mention that suit.

‘Holiday.’ is a wonderful introduction to LARKS, and what could be the start of something great.