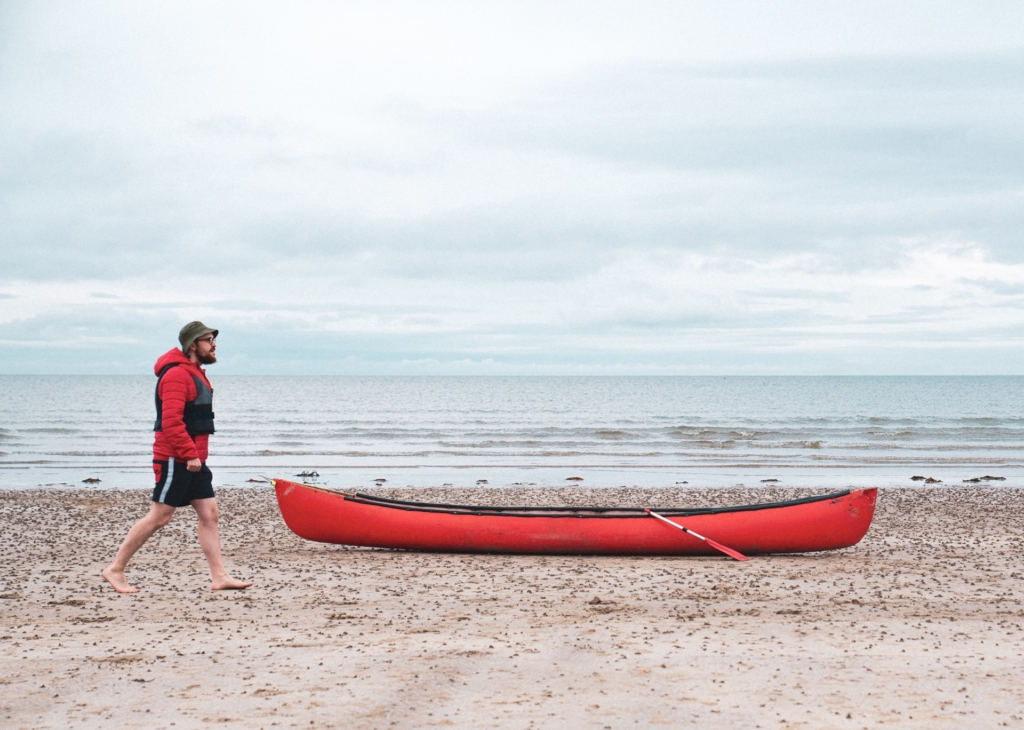 Matty Burke is a man of quiet contemplation. Solo artist, band member, ministry intern; he takes many forms. It is rare to meet someone in this industry of asking to be listened to who is also very good at doing the listening. Burke is as happy observing as partaking and as happy contributing to his friends’ art as working on his own. His debut single ‘Sing Me To Sleep’ was released on his 22nd birthday at the turn of the new year. In the six months since it has reached a staggering 55,000 streams on Spotify, “it is baffling as to how it happened. I didn’t expect it. It’s overwhelming and so encouraging to see people get behind a song like that”. He pointedly separates his art from himself. But along with the music, people get behind Burke. Prior to lockdown, he had begun his gigging career as a solo artist.

Perhaps best known for fronting funk cover band Anna’s Number, Burke surrounds himself with his fellow trusty talented musicians, “I genuinely love taking someone else’s song and adding my own flavour to it. But when it’s your own song, you have total creative control. You can make it sound how you want it to sound. Then there’s the added sentiment of singing what you want to sing about. Black Box was fantastic – it was great playing with the whole band for the first time ever. Sofar Sounds was something I’d never thought I’d do – I stripped the band back to just the core rhythm section and that worked really well too”.

Burke’s new single ‘Malibu’ is ice cool and brimming with pop funk. It is the song this limbo summer has been missing, letting a little bit of white sunlight inside. Sculpted out of an anecdote from Burke’s self-proclaimed wilder days, ‘Malibu’ is based on having to jump out a window of a girl’s house when her parents came home unexpectedly early. “I started writing it pretty soon after it happened because I was like, this is a story I want to tell my grandkids when I’m older and for them to think I’m cool. So I started writing it on the walk home, but it was not until about a year after that I started recording it”.

A lot of time is spent disassembling exclusivity within music scenes, and for good reason. However, it would be unwise not to praise the exceptional when it is presented on a platter. Burke’s musicianship is second nature to him in a way that has definitely tightened over time but cannot be easily learnt. To glimpse inside the part of Burke’s mind which spins music would be an education for the best of us. He carefully and intrinsically builds a song layer by layer, tweaking and rebalancing with an ear lay-listeners cannot match. ‘Malibu’ sounds and feels effortless but it is the result of years of careful commitment.

“A little phrase will come into my head and from that a whole song is sparked. With ‘Malibu’ the line was “would you give it a shot?” because of the double meaning. In terms of music, the bass riff was in my head first, then I thought of the melody to go with it. 99 times out of 100, I will write music before I write lyrics. I had the riff and the melody and was looking for something to write the song about. It was on that walk home that I realise this was the story which could go with this arrangement I already had. The horns are the trickiest part – I can’t really read music myself but can faff my way through it. A-level music taught me to use sibelius [an arranging programme] and that’s how I arranged the horns. It’s all in my head until I’m recording with the band – I tell them what I want them to do and they can do it. All but the horn parts – I write them out.”

Each of Burke’s singles feel like wholly singular entities in that they manage to conjure and explore worlds in a 5 minute track with a completion that some do not achieve in a whole album. Burke’s close friend and saxophonist, Zacc McGloughlin, has spearheaded much of the visual side of Burke’s music and co-directed ‘Malibu’s’ music video. This soaring colourful spectacle, created by a small collaboration of familiar names launched alongside the single. There is no room for deep breathes. Burke takes his time but he is always working towards something new. Beyond this, his road is a clear one. “Without giving too much away, there will be a single after Malibu and then an EP and then – who knows? I’d like to start properly gigging and creating that live atmosphere with the music again because that’s what it was written for.” Until then we will have to make do with this delectable, pop funk snack of a single – will you give it a shot, or rather, a listen?