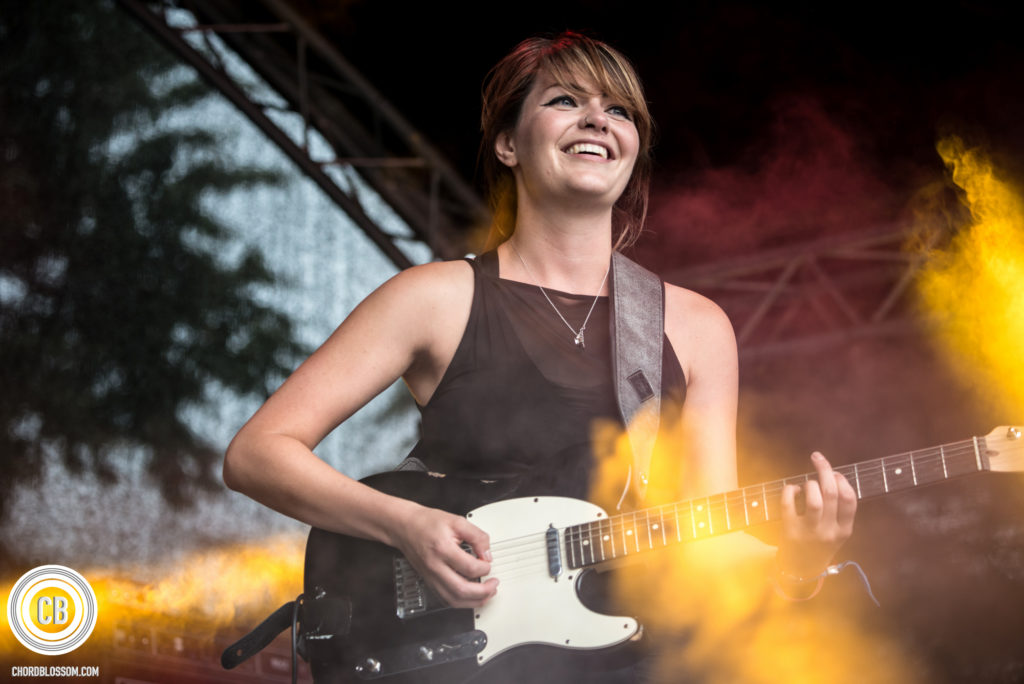 Watch: REWS – Heart is on Fire

‘Heart is on Fire’ is the latest single by rock trio Rews, taken from their upcoming second album, Warriors, which is set for release in August.

It’s a song about positivity. “Breathe in, fill your lungs” , Northern Irish lead vocalist Shauna Tohill commands as an opener. A song full of massive guitar riffs, perfect harmonies, big bass lines which follow in the same vein as lesser known, in some quarters, US rock band ‘Kings X’. I did always say I can find an obscure band to connect to in my reviews!

Added to these are the powerful female vocals of Shauna, at times reminiscent of Sheryl Crow, the massive chorus, which whether intentionally or not seems to fly alongside with the lyric ‘Fire’ in both REM’s ‘The One I Love’ and Kasabian’s own ‘Fire’. Fine company to be in.

The song pauses momentarily and reflects, ‘I wanna just try a little more, to find my feet beneath the clouds and not float around’, before bursting into life again with a huge heavy rock riff that sees this song home.

Whilst it is a rock tune first and foremost, the catchy melody moulds this into a tune that will sit very comfortably in a lot of people’s playlists this summer. ‘Heart is on Fire’ is another fantastic taster for the new album. We await with bated breath.