Watch: Snow Patrol – Don’t Give In

Seven years after the release of their Fallen Empires album and five years since their last live show and Snow Patrol are ready to reveal new some new music and a few live shows to boot.

‘Don’t Give In‘ is the first single off new album, Wildness, and marks a raw and sincere outpouring from frontman Gary Lightbody on his difficulties with not only writers block but also his battle with depression.

“Don’t Give In was originally about a friend going through a tough time but the more I wrote into it I realized it was about me and the struggle of making the album  – which took 5 years and was not easy – coupled with the struggle with depression I’ve had since I was a kid, so it has become the talisman of the album. The song that became a self-fulfilling prophecy.”

Alongside the release of the new single Snow Patrol also confirmed they will play a seven date Irish tour including stops in Derry’s Millennium Forum on 11 May and Belfast’s Ulster Hall on 20 May. Tickets go on sale on Friday 30 March and you can access a limited pre-sale by pre-ordering the new album here. 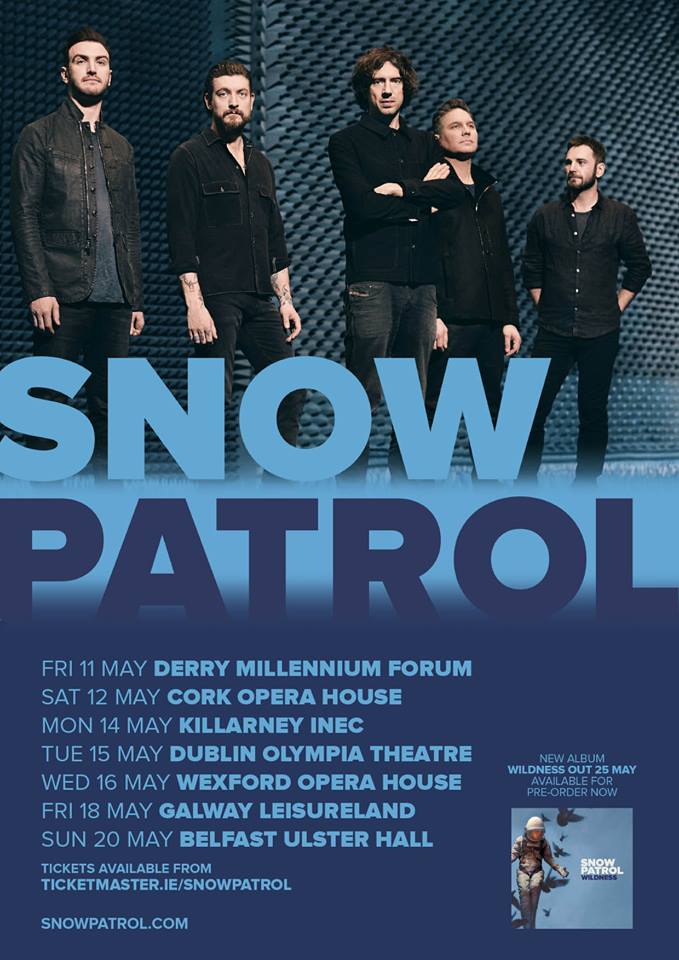