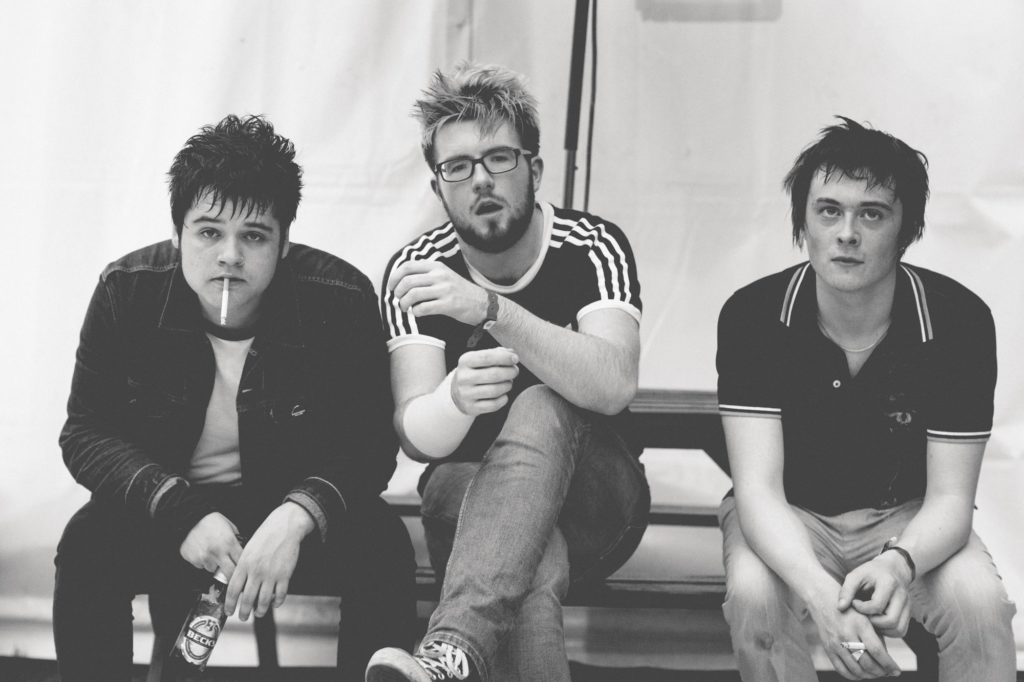 Derry’s rapscallion three-piece Touts continue their tour of rampaging success, both locally and internationally, with the release of their newest single and music video ‘Asleep’. As with their other releases, Touts avoid the trap so many local bands fall into of sounding too much like their predecessors, as ‘Asleep’ instead sounds fresh, bouncy and dangerous.

You would be forgiven for sensing some similarities in the vocal style between singer Matthew Crossan and former Undertones singer (the band they will inevitably be compared to) Feargal Sharkey. However, any similarities end there. ‘Asleep’ has no pop pedigree, nor any mass appeal. Where there should be melodies, there is only menace and it sounds so refreshingly unapologetic that you can’t help but crack a smile at the sheer cheek that emanates from the pores of this single.

Stripped back, raw vocals, snarling guitar and bass and relentless percussion give ‘Asleep’ the harsh edge that has become Touts signature sound. A blistering single that is all corners and bumps, this is a single that can only work for Touts, as their single-minded approach to knocking the malt out of their equipment is matched only by the magnetically frightening results they produce. Touts took a dip into the energy and anger of punk and have produced a quality single that contains all the intensity, in-your-face qualities of a live gig. Not to be missed.