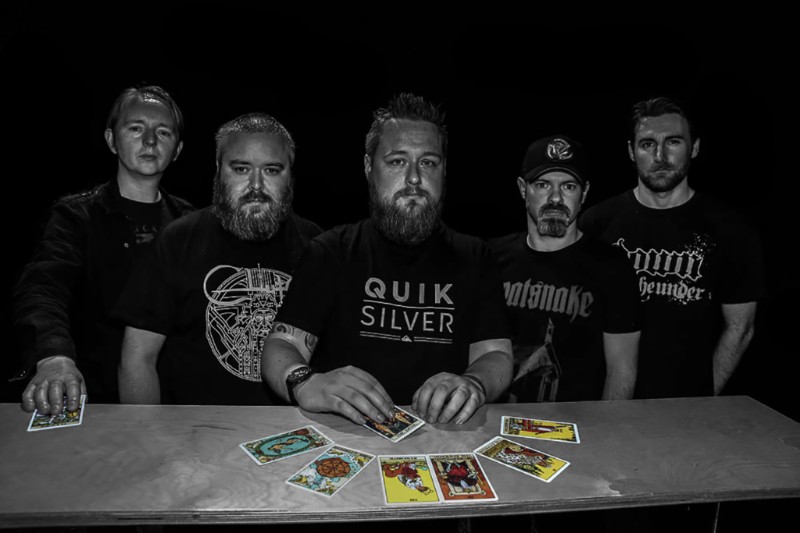 One of Belfast, Northern Ireland’s most promising emerging acts, Zlatanera, release their brand new single ‘Holy Man’s Crook’, taken from the forthcoming debut album Legerdemain which is set for release on 5th August 2016.

“‘Holy Man’s Crook is a song about a misguided faith healing preacher who uses his piety as a means to sate his desires,” comments bass player Anto McKee. The video was created by guitarist Andy McCallister and showcases just what Zlatanera are all about.

As well as the release of the new single, the band are also pleased to announce that they have been confirmed for Bloodstock Open Air this summer. Bloodstock takes place 11-14 August and will see metal heavyweights such as Gojira, Slayer, Mastodon and Behemoth amongst others, including the final Twisted Sister UK show ever, grace the Derbyshire countryside.

Citing influences such as Black Sabbath, Cathedral, Entombed, Clutch, Corrosion of Conformity, to name a few, the latter of which they were pleased to open for in Belfast in May 2016, the quintet have become known for their riff based, groove rock sound, surreal lyrics and immersive live shows. Not so easily pigeonholed, the band’s music consists of a variety of rock genres, which their solid hometown following have come to recognise and admire. Needless to say Zlatanera are a band to look out for and experience.

“Zlatanera’s music at it’s core is rock,” comments vocalist Andy Campbell. “But has many tributaries of sub-genres and cannot be so easily slotted into a convenient niche. You will hear a lot of the familiar but will be unable to pinpoint the exact.”