We are very excited to reveal our final gig of 2015, a very special all ages Christmas show in aid of Northern Ireland Children’s Hospice. We could not squeeze any more goodness into this line up and we also have a rather special venue as well.

Tickets will be available on the door on the night of the show or you can buy them in advance via WeGotTickets. 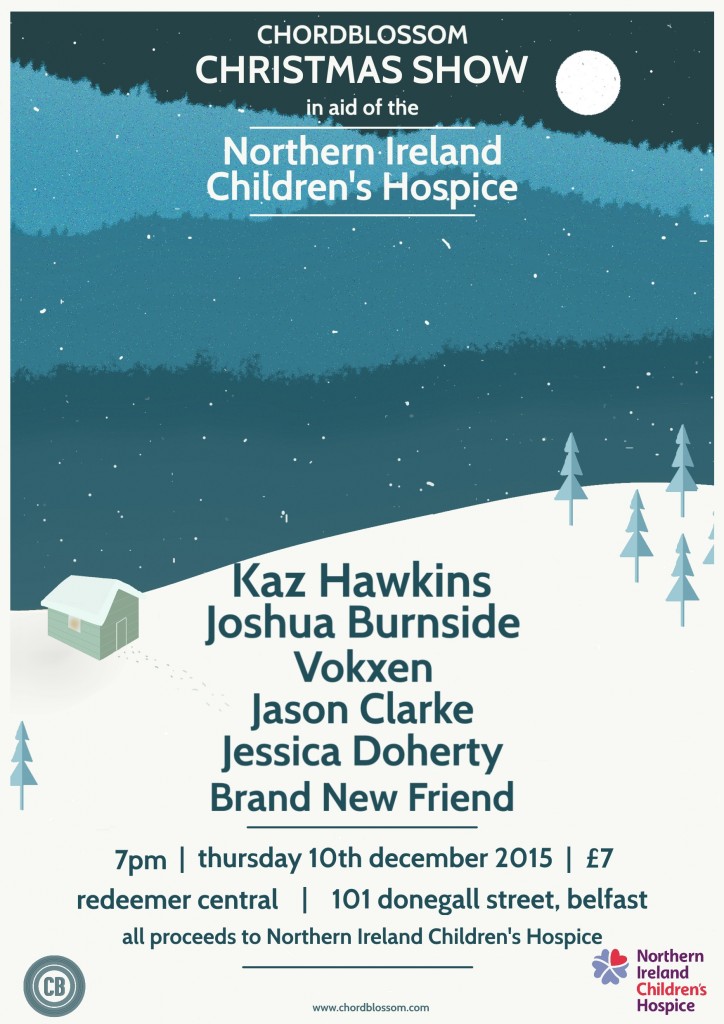 There are few musicians from Northern Ireland currently riding as high a wave of popularity as Kaz Hawkins. The Belfast blues queen recently picked up a hat trick of awards for her music and is preparing for a full UK tour in 2016.

Joshua Burnside is something of a stalwart of the local scene with his brand of experimental folk striking a chord with those lucky enough to witness it. Currently based between Glasgow and Belfast it is a real treat to welcome him to our show.

There are often complaints about the lack of female musicians in the local scene but one group evening the odds is Vokxen. The indie pop quartet are causing quite a stir even managing to get airplay on Cool FM as well as selling out their debut EP launch.

Belfast singer songwriter Jason Clarke‘s talent has earned him support slots with Paolo Nutini, Scott Matthews, Joan Armatrading, Ronan Keating and Ryan Sheridan but has also sold out shows in some of his home city’s most well known venues.

Derry has seen its fair share of talented musicians over the years and the current crop is headed by young songstress Jessica Doherty. The talented young musician has already performed at a number of high profile events including Glasgowbury, MTV Crashes, Other Voices and Stendhal Festival of Art.

Brand New Friend is a family affair for Taylor & Lauren Johnson. The brother and sister duo have an affinity for energetic sad songs about love and stuff. We are delighted to welcome the low-fi pair to open our very special Christmas show.