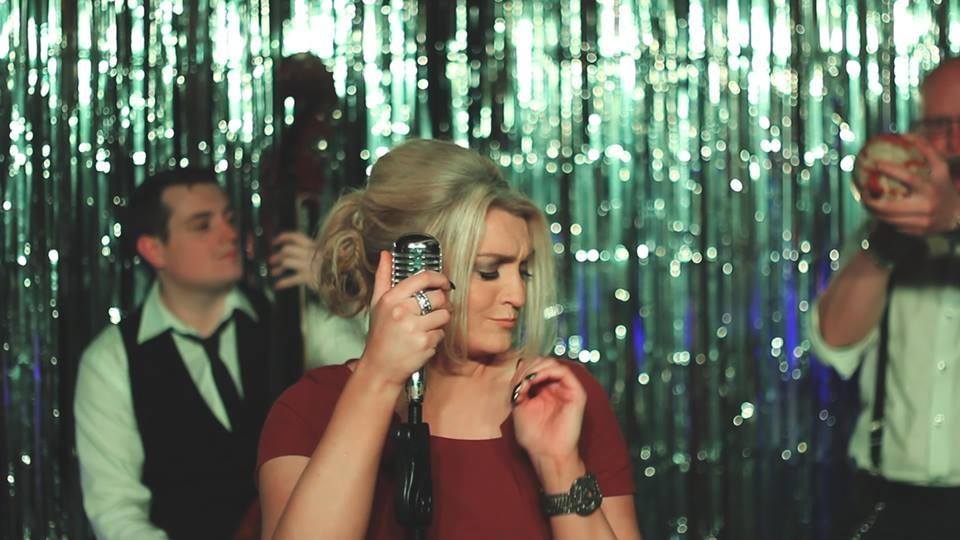 It seems that Spring 2016 has a whole raft of talented artists competing for our attention with new releases. This year’s Cathedral Quarter Arts Festival has a line-up that includes launches for a number of local acts. The hugely talented Amanda St John is one of these, with her debut album set to be launched on Tuesday night.

Over its thirteen tracks ‘Grow’ explores plenty of St Johh’s blues and soul influences. She lists an impressive array of artists as her inspirations including legendary strong, female vocalists such as Etta James, Ella Fitzgerald and Nina Simone. Stevie Wonder and Bill Withers get a name check while St John also credits her pop elements to modern artists such as Beyonce, Duffy and Paloma Faith. St John can boast some impressive credentials of her own on the album including tracks co-written in Nashville with the prolific Jon Tiven (Wilson Pickett, BB King).

Amanda St John’s first releases were three years ago with a number of singles and a debut EP. About a year and a half ago the first foundations of the debut album started to take shape, however an album wasn’t the initial plan. “I was planning to do another EP but we had that many songs that we thought we might as well go to the album. We were trying to narrow the tracks down for a four or five track EP and then what I found is that a lot of our audience seemed to want an album, what we found at gigs was that people were asking for an album’s worth. We thought if people are asking for it and we have the material then we’ll go on ahead and do the album.”

In November 2014 St John made the trip to the musical hub of Nashville. However it wasn’t a mere pilgrimage, with St John frankly “flat-out” over the course of her eleven days there, coming home with about fourteen freshly written songs and multiple demos. The trip came about initially with St John looking at publishing options in the city, utilising contacts gained through the Belfast Nashville festival. Things snowballed from there with contacts helping set up further co-writing sessions. The biggest name attached was producer and songwriter Jon Tiven, known for his work with heavyweights such as the Rolling Stones, Wilson Pickett and Huey Lewis and the News.

“I had one day booked with him, one writing session and it went really well so he asked me for all of my free time that week. I was getting up at half five in the morning to prep, I had two co-writes every day and then I was going in the evening to record with Jon. But it was incredible. It was a one-off and my first experience of it so I thought I’ll make the most of it.”

Recorded in Lisburn’s Millbank Studios with Michael Mormecha, the album has been helped along by a successful pledge campaign, reaching a worldwide audience from as far afield as Japan, the US and New Zealand.  The tracks feature a wealth of musicians including St John’s core band. “Paul Tierney is on guitar, John Conway is on bass, Rab Bennett on drums and then a guy called John McCullough plays keys. I did a lot of work with all those guys, developing the songs and getting the arrangements right. They helped me a lot with that side of things.”

Whereas St John’s first releases were recorded in more limited timeframes, on ‘Grow’ that core was supplemented further with trumpets, backing vocals and strings. “I have Nathan Simpson on trumpet and Linley Hamilton did a couple of tracks for me too. A guy called Kevin Lawless on sax, Jan Lyttle came in at the end and did some gorgeous string arrangements. The backing vocalists are sisters Jean Michello and Siobhan Brown, fantastic singers that put their stamp on it as well. I had a really great team of people working with me. It’s definitely a bigger production than the last couple of things I’ve put out there.”

With her own country roots, Millbank proved an apt recording location. “It’s a very relaxed environment and Mike’s a very chilled out person. I found that a lot more natural for recording, rather than some studios which can be quite clinical. I was really happy with the atmosphere there, and Mike just creates this space for creativity.”

Amanda St John’s career didn’t just pop up overnight. St John’s years spent in cover bands were part of a learning experience that fuelled many aspects of her own work as both a writer and a performer with St John crediting that “invaluable time” as learning her craft. While working with talents such as Tiven no doubt helped, St John learnt to dissect hits long before her Nashville writing sessions. “As a songwriter it’s been brilliant, subconsciously you’re learning about song structure, how choruses work, lyrics, melody and phrasing and what makes a hit song. Any songs that you’re learning to cover are obviously popular songs that have sold millions throughout the world or else you wouldn’t know it, or people in a bar wouldn’t want to hear it. As a performer it helps me get over my stage fright, learn stage presence, how to interact with an audience and manage a band.”

There’s a bit of healing, positivity and self belief which is something I had to find in myself

On one track ‘Ready’, St John sings that all she’s ever wanted to do in life is sing, something she confirms is true to life. That autobiographical approach flows through the album, with a spiritual and positive message to be found. From the intro track ‘Grow’, which features a choir of ‘pledgers’, young and old, that upbeat outlook is immediately obvious. St John’s own motivation to pursue her music career came from a serious car accident a number of years ago.

“All of a sudden I was faced with a life or death situation and I vowed that if I got out of it then I would commit myself more. It’s hard to explain it because it was quite a spiritual experience but I haven’t looked back since. It liberated me from all the things that held me back over the years when I wasn’t singing my own songs because I didn’t think I was good enough. I was too concerned with what everybody else would think of it and then all of a sudden I thought I just had to do this for me. That experience liberated me from all the fears and insecurities I had.”

This outlook permeates the album’s lyrics and music. “It’s a very hopeful album. I’m talking from my own experiences and insights about my life. And even though life can be difficult at times I think it’s good to have a positive outlook. It’s a good thing to look forward, at what’s good in your life and what you can do about it. There’s a bit of healing, positivity and self belief which is something I had to find in myself.”

The album will be launched on Tuesday night as part of this year’s Cathedral Quarter Arts Festival with a show in Belfast’s Black Box. While there’s big plans for festival shows such as Sunflowerfest, Limavady Jazz and Blues, an Irish tour and even some London dates, St John just can’t wait  to launch the album on Tuesday night with an eight-piece live band.

‘Grow’ will be launched on Tuesday 3rd May in the Black Box as part of the Cathedral Quarter Arts Festival, with tickets available from their website below. The album will be officially released on 6th May.