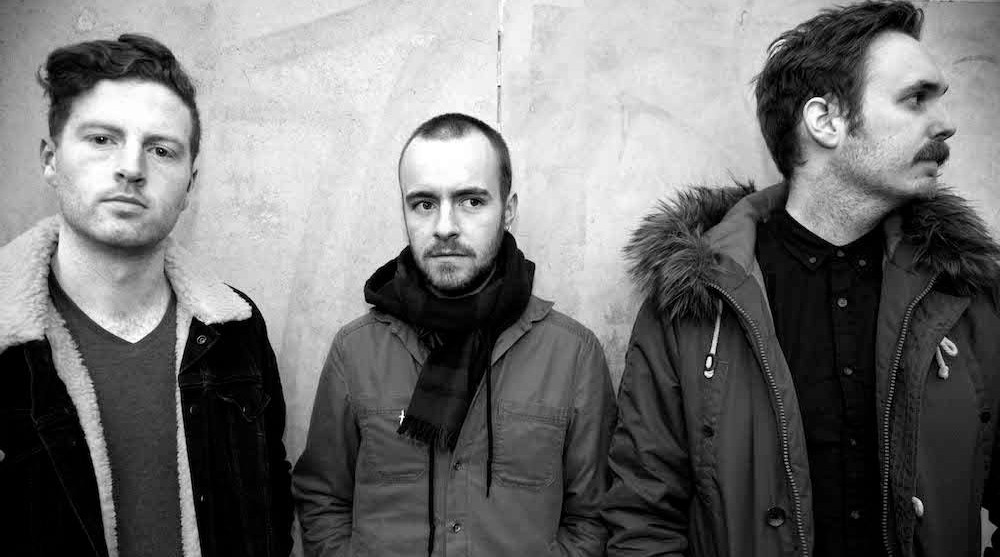 “Playing it safe is pointless.”

We didn’t see much of Axis Of in 2014, in fact we hadn’t really heard much news from the North Coast trio since summer ’13. That was until late last year when the band came out of the shadows and revealed what they’d been up to. Without barely a whisper of anything for months, Axis Of were suddenly back – and they had a new album for us to sink our teeth into.

Recorded at the new home of their label Smalltown America, ‘The Mid Brae Inn’ was the title of their second record and The Empire, Belfast was the once again the venue given the honour of welcoming both 2015 & the new LP into the world.

With the release of their rather poppy new single ‘Wetsuit’, many believed that it was a sign that Axis Of were steering in a ‘new musical direction’. The band saw it as evolution. Peter caught up with Niall and Ewen from the band to get the back story of their second full release, if it is indeed a change in sound & what their plans are for the next twelve months.

‘The Mid Brae Inn’ is out on 23rd February 2015 through Smalltown America Records. You can pre-order the album HERE and get a digital MP3 copy of the record instantly.