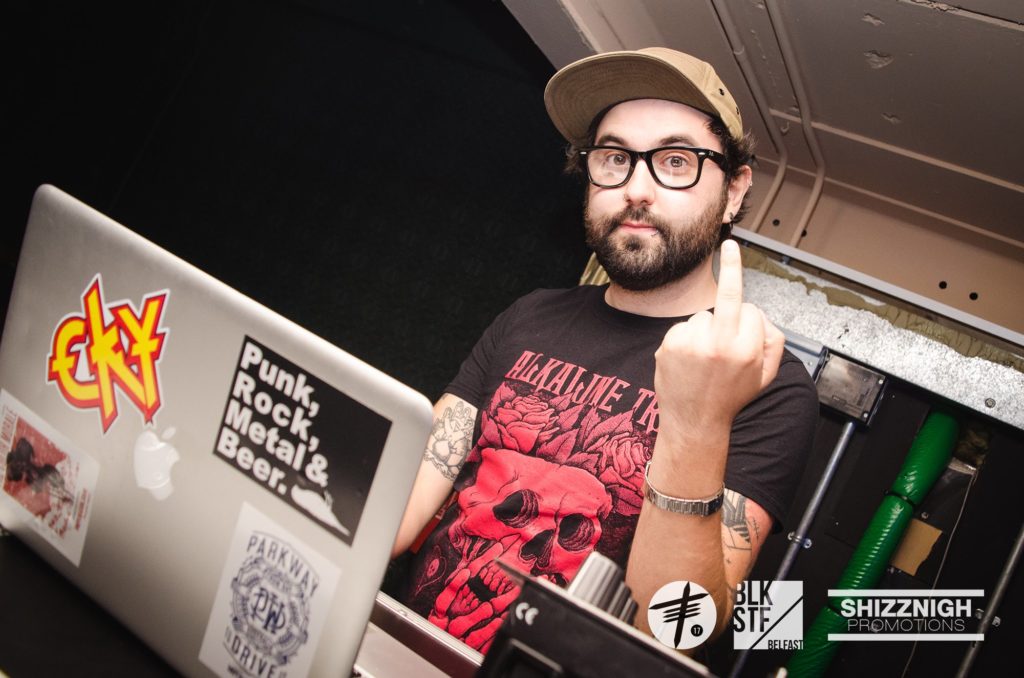 Shizznigh Promotions, one of the most prolific companies of its type in the country, is celebrating its 8th birthday this month with a gig, showcasing some of the best bands on the scene. Shizznigh has been responsible for over 600 shows in venues such as Mandela Hall, Limelight 1+ 2, The Empire and Voodoo, as well as The Academy 1 and Fibber Magees in Dublin. Over the years, Shizznigh has put on shows with some of the best in the business, including Alien Ant Farm, The RubberBandits, I Am Kloot and many more. I sat down with owner Jonny McKee, to pick his brain about the setup, the upcoming gig, and plans for the future.

► Obviously, congrats on your 8th year

► You’ve promoted/put on over 600 shows. Has one stood out in particular? Good or Bad?

Oh, there has been loads of good ones and loads of bad ones but I’ve never had a particularly shit show. I don’t think I’ve ever even had a really bad one. The RubberBandits, they sold out twice in a row in The Empire. They always stood out, they were always good craic and there was never any pressure, you know?

*Laughs* Yeah, it’s just because I was doing loads of weekly gigs in The Eglantine and sometimes I was doing two or three shows a night as well.

► Back in 2010 when you founded Shizznigh, did you had some sort of vision as to what you wanted it to be, or are you making it up as you go along?

Yeah, that’s how I started, just making it up as I go along. No one ear sat me down and said “This is what you have to do”. There are no rules to this game really, and that’s why I like it. In the past five or so years I’ve started seeing stepping stones that I’ve wanted to get to and it is all kind of coming together. But like everything, there are ups and downs.

► After all this time is it more manageable or do you still get butterflies working with bigger bands?

No, I would never really fanboy anyone. I still get excited when an email comes in like “the show is confirmed,” that always a bit of a buzz. But on the night, it’s just another show to me. You have to do what you have to do.

► How important do you think an independent, local entity like Shizznigh is for the local scene. ZOOL comes to mind as regards to local groups but you are arguably one of the biggest ‘success’ of everyone

There are loads of people doing different things. I’m just trying to do my own thing, there’s no cliquey sort of thing with me or even the ZOOL boys. I’m just doing what I like doing. Like, I’ve put on loads of stuff, from pop through to black metal to rap, we just do what we like doing.

► How did Shizznigh really even come about?

I just used to go to loads of local and international shows when I was younger, like that’s what I did. Just drink loads and go to shows you know?

► So you just picked a career that let you do both?

*laughs* Basically yeah. But I went to Art College and stuff… and its sort of creative as well I suppose in a way. I enjoy making the posters and stuff for the show.

► It must be nice not to have to worry about paying a promoter for your upcoming celebratory gig.

Yeah, I do all the promotion myself. In the bigger places like The Empire or Foundry I’ve got a PR team helping me as well, helping me do campaigns and bigger stuff.

► Does the venue of your upcoming gig hold any significance to you? Is there a reason you picked it, or a particular venue that you love?

Not really, I’ve booked shows in lots of venues over the years. The first gig I ever put on was in Pavilion and it will always be a venue that is special to me. The owners recently spent quite a bit of time and money renovating the live space so it’s definitely on the up. My favourite venues are The Empire and Voodoo, I love doing gigs there because the staff are friendly and it is a family owned business similar to Pavilion. It’s always easier to work with family owned businesses as you get to know the people well.

► Is there any significance about the bands you picked? Are they your favourites?

It is more of a showcase of everything, a bit of variation. It is still pretty alternative though but its got a nice wee mix.

► Is that important to you, to have a bigger mix and showcase a variety of talent?

Just for the 8th Birthday, like usually, I’ll try to book lineups that match but just for this I thought I’d mix it up again because when I started off I used to just throw stuff together and see what happened.

► What was the hardest things about starting up and has it got any easier?

It was easier when I started because people actually went to shows then. I hate to use the term ‘local music scene’ but it was way stronger then, (the youth) actually went down instead of going to shit DJ’s. Yeah, it was easier then because you used to be able to go fly postering as well. I used to go fly postering with my mates, get a carryout and go around town firing up posters.

► So would you say that’s gotten harder over the years, getting people to go to shows?

Just trying to get people to go to a show because while the acts are still good and there are more bands now in Belfast it’s not the same calibre I don’t think. I think there’s a lot of shit stuff out there as well.

► How different is the local scene to you 8 years on? With the advent of Soundcloud and Spotify, you obviously see differences but do you see anything that’s gotten better?

I wouldn’t say its better. I just think people now would go to more DJ’s and shit stuff. There’s still a good wee scene but it can be a bit cliquey, there are times I’ll put on a free show and bands cant get 10 people down, but next week they’ll be doing their own EP launch and its charged in and its packed. It is like rent-a-crowd sometimes I think, whereas back in the day people just went to shows because the music was better, basically.

► What are the plans for the future?

Shizznigh Promotions will be hosting its 8th Birthday on Friday 26th October in The Palm House Belfast, with a line up of Electric Octopus, Anto And The Echoes, Willoware Jackson, NEWT and Steven VX & The Art Rats. 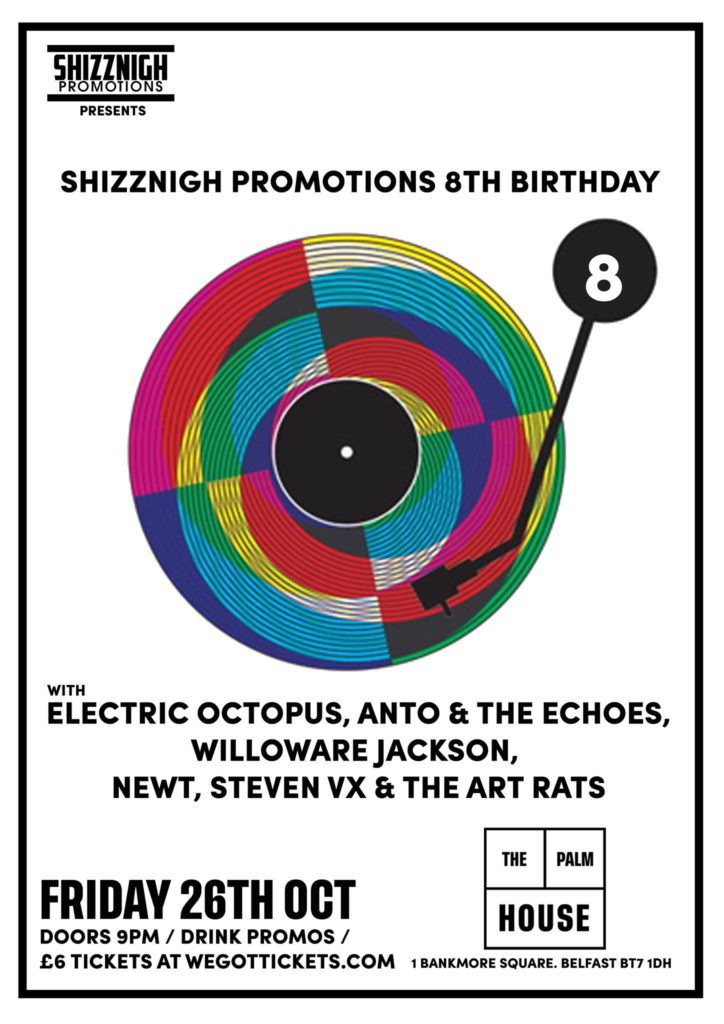