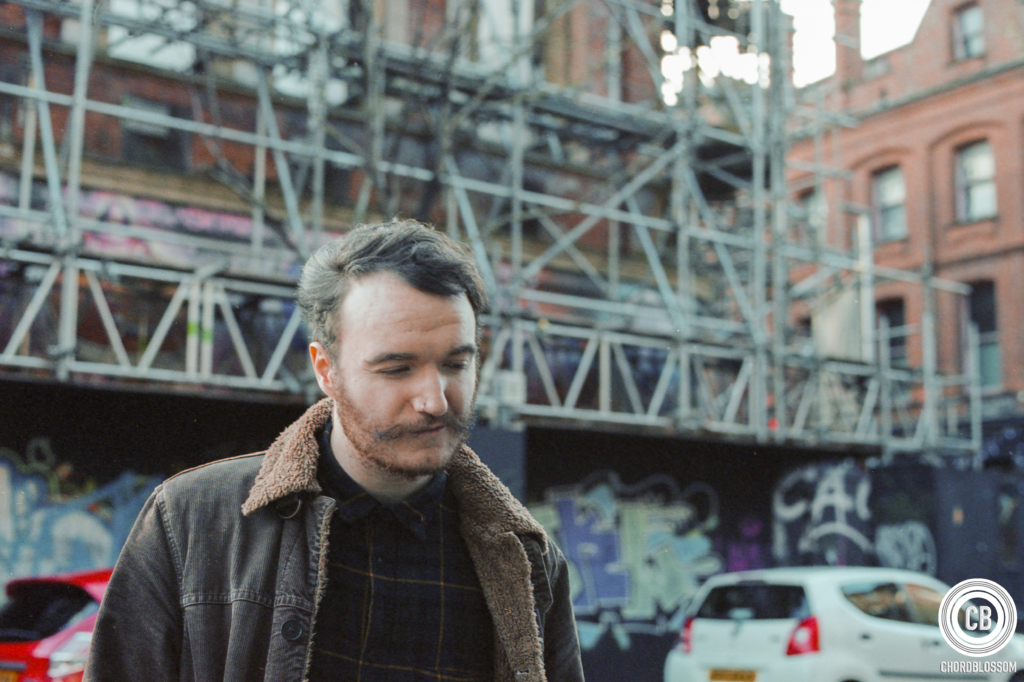 For years Danny McClelland has been one of the busiest DIY musicians in Belfast, making his mark on the scene through numerous projects. Best known for longtime band Born Only Yesterday or the shortlived and well received mathrock duo WASPS, he is now a fixture in Northern Irish success story Jealous of the Birds, playing punk infused guitarist to Naomi Hamilton’s blossoming free spirit rockstar persona.

Amongst this, he found time for solo project Pascalwillnotsurvivethis which has been resurrected with new vigour and a full band under label and collective ZOOL. A renewed creative drive born from his role in JOTB, a return to easygoing fellowship and a fascination with the creative process of Sparklehorse have all sparked a new period in the life of his solo endeavour. Aaron Cunningham sat down with McClelland to discuss the various parts of his musical jigsaw in 2019.

► With so much else on the go, how has Pascal found its way to the forefront again?

I think I always had a plan in my head. I first released the EP from my bedroom but I had no fun from actually doing it apart from making the music. So I decided to wait for a while, focusing on Born Only Yesterday and WASPS.

After a year of WASPS, I needed to start doing this again but in my element with a full band. I want to keep Pascal forever, always. Projects will come and go but I know that I’ll always be rooted to that because I’ve never liked the idea of calling myself Danny McClelland Music or something. I need to have a title and some sort of weird vibe.

I would say the main reason for the revival of Pascal is Jealous of the Birds. I remember listening every day and wishing I could show Naomi [Jealous of the Birds] my own music. When I did she asked why I wasn’t doing this on the side. That gave me a big burst of energy for it.

► The feeling you’ve always given off through your projects is camaraderie. After initially being a bedroom project, is that more the intention this time around?

Definitely. I have most of Mosmo Strange in my band, like I’m collecting Trump cards at this point. When I started showing Nolan Donnelly [guitarist] recordings, I was looking to move from my Manchester label and I didn’t know a lot about Zool at the time. But his excitement for the project made me feel like ‘oh I need to do this’. Nolan initially sparked that but bringing in the rest of the guys really tied it together. I’ll bring them a song and then I will see what melodies or beats come out of them. Most of the time I don’t have to change it, because they’re so good and the concepts line up pretty well. Writing solo is great, but it’s just more fun to see what other people do with your stuff.

► Despite all the other projects, why has Pascal remained important?

I’ve always been quite obsessed with Sparklehorse, that was Mark Linkous’ project and I must have watched this five part Youtube documentary about Sparklehorse about forty times. It showed me that this was his world he was inviting people into. Every time I listened I got the feeling that I’m in this dude’s musical realm, this is the vibe he wants me to get or this is the sounds he wants to create. If I’m writing a song, I want people to feel like they’re being transported away for a little minute. It’s hard to do because most bands in the Belfast music scene come from the same branch. It can be hard to stand out because everybody’s so alternative these days. I’ve never gone out like ‘let’s make this weird’ but everything is coming from my universe, and I’ve got these amazing friends helping me create it.

► What is the story behind ‘Hey Bud’ and why was it chosen to be the first track you put out there?

‘Hey Bud’ is really special. I wrote it this month last year when I was going through a really dark patch. I have OCD, and whe things aren’t lining up I will become very reclusive and sink really hard into writing. 80% of that doesn’t go anywhere but one day I sat down with two chords for a verse and just started screaming those lyrics over the top of it. And landed on this completely different mad note for the chorus, and I couldn’t change because it’s properly from the heart. I wrote it about how friends couldn’t really notice depression in friend groups. I think the lyrics speak for themselves.

“I’ve been rolling back my eyes at friends, wondering if I’ll burn out with the trends”

I got to a point in the scene where I was so frustrated, not knowing what was right and not looking up any other bands or myself any more. It took a while to get out of that. So that lyric is pure acknowledgement that there was one point where I was ready to give up on music. And then it always just changes.

► What’s next for Pascal?

Within the next month, we’re going to be releasing another single with a music video starring Jealous of the Birds’ Naomi Hamilton for a song called ‘Jeff’. It was filmed and recorded at Zool, with most of an EP being mastered by Caolan Austin at Smalltown America. Our debut show is 1st March in Zool, supporting a secret headliner.

► One of your other bands WASPS came to an end last year, what happened there?

A part of me is always going to be really sad about it. I feel like it was taken before its prime but every gig that we played was a party. Every crowd that we had, it felt like everyone was waiting for the two lunatics to come on stage. I think what happened with me and Charlie was that I had so many projects that we kind of grew apart. It just hit me one day that we had not written songs for WASPS in a long, long time. People were still waiting to hear all these songs we had played, but we were losing passion for that. So in the end it just didn’t work out. There’s a part of me that never died from WASPS.

► I remember chatting to you at your first Jealous of the Birds gig when your time in the band was still so fresh. How did it feel joining the band and in those first few months?

I was so obsessed with Jealous Of The Birds before I joined the band. It felt like every day I was listening to either Ben Howard or JOTB on repeat. Whenever Declan [JOTB manager] put up a post looking for a guitarist, but not mentioning the band, Ciara McMullan tagged me and all I wrote back was “aw I love playing the diddlies” and somehow that got me an audition. The next day I got a message saying I was in the band. I literally jumped up from my sofa in excitement, even before I got a call saying that we were signed to Atlantic Records.

I knew from that moment on I would focus all of my drive into that. This huge chunk of me that fell in love with that band and never thought there would be an opportunity to create music with them. That’s one of my favourite music stories ever, it’s a dream. I knew Jamie and Pete really well but there was just one day after three months where it just snapped and me and Naomi became inseparable, like brother and sister. It’s genuinely like coming home to a family.

► In most of your projects you’ve been a frontman, now you’re next to Naomi Hamilton. How does that experience compare?

I had a conversation with Naomi where she was concerned I had too many things on the go [laughs] and also that I’ve always been a frontperson. I said to her straight up, that I’ve been playing gigs every week for the past year and I don’t want to be the frontperson for this band. I’m such a fan of this band. Having someone else on vocals while I can shake the hips and move the kneecaps is so much fun. It gives me a proud feeling of Naomi while she’s up front repping the band.

► So Zool is another big part of your music life. How important has it become to you?

Zool is everything that I have wanted there to be since I first saw Nirvana on TV. I would take Sub Pop and Jackass and put them together to make Zool. It is at the heart of Belfast now, I see the same faces and I see new faces at every gig. It absolutely blows me away.

Whenever I first met up with Nolan he said ‘there’s no money in this, we just use this label to make ourselves look cooler’. But then we started doing more label things and realised we are this collective. For the longest time it was me, Nolan and Ash. As of last week we changed to a complete council of people. We’ve so many artists and opportunities and it’s just about staying on top of that and keeping it healthy.

► Do you feel like it’s part of the scene or pushing against the tide?

I feel like there’s a DIY scene in Belfast, where the people involved love it so much but there’s not a lot of people talking about it. You’ll have these fans that go to Zool or Drone Mansions, for artists that aren’t being talked about on Across the Line and such. The DIY scene is constantly against the tide mainly because we’ve never been offered support from anything else. We have to create our own opportunities. We started being together as Zool because no-one was giving us those opportunities. So instead of chasing the big kahuna, why not become it?