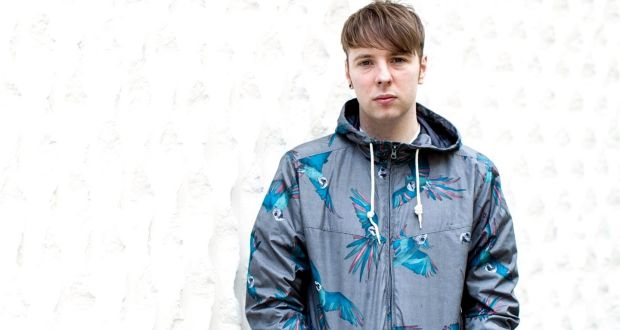 From initially playing bass in Colenso Parade to his current occupation as Radio One’s new music expert, label owner and gig promoter, there can be few better placed to offer up advice to budding musicians than Phil Taggart. Thankfully the Omagh native has collated all his knowledge and compiled it in book form; The Slackers Guide to the Music Industry.

To give us an idea of what the book might offer, we managed to pin down the man behind the pen for a quick preview.

► There are quite a few books/sources of advice out there for musicians. What prompted you to put together your own?

Have you ever read the others out there? They are either listlessly dull, out of date, aimed at Americans or miss the mark completely. I wanted to create something that was aimed at the artist and people at the entry level of getting into the music industry. I’ve played in bands for years and have made pretty much every mistake going so i thought at this point i had enough experience to draw in professionals and artists to create something that would legitimately take a mental load of bands and producers when figuring out their next moves.

► Nowadays with everyone living such busy lives, we always looking for a shortcut to success. While your book offers plenty of valuable insights, is it fair to say there are no shortcuts in the music industry?

This books no shortcut to a career in music. There are no shortcuts, unless you have a billion pounds and a crack team of marketing guru’s, even that falls flat on it’s face sometimes. This won’t have all the answers but it will have an opinion from an artist who’s done it that might make you reaccess or look at what you are doing in a different way.

► It is well known that the music industry is a challenging place to make a living. With that in mind, how easy was it to get such big names and key players from the industry to offer up their wisdom?

Never under estimate how sound people are. Everyone can remember when they were starting out and are generally quite free with their time if they know it will make a difference to the music makers coming up behind them. Most of the interviewees like Wolf Alice, Run the Jewels, Charli XCX, Little Simz, Loyle Carner, Blossoms – i have interviewed numerous times before so it was a lot easier for me to pick up the phone and ask them to do this.

► You’ve given the first radio play to artists like Royal Blood, London Grammar and Lewis Capaldi and they now have huge fan bases. Are the artists you play mostly discovered through the BBC uploader or where do you find new talent?

I gave SOAK here first ever play and i found here on the BBC Intro Uploader. She recorded a track direct into her laptop and whispered the lyrics as not to wake her folks who were sleeping. Others like Billie Eilish, the names you mentioned and lots of others weren’t discovered through the Uploader. It’s a real mix of word of mouth, digging around tastemaker blogs (most aren’t going anymore) and listening to trusted sources.

► We receive a lot of music submissions at Chordblossom and they all come in all different formats. Apart from actually using the submission guidelines that the station or blogs have set out, have you any quick fire tips for submitting music?

Buy a USB, go to the place you want to send it and slingshot it through an open window. That’s a sure fire way to success. Honestly though, everyone wants to know what the etiquette is. Apart from not being a dick or far too keen it’s really the Wild West. Some people can scope out emails, some people will DM it on Instagram. I wish i had another day in the week so I could get through every single thing i get sent.

► ou’ve spoken before about your experiences in Colenso Parade trying to make it in the industry. Do you feel that you and the band would find it easier or harder to succeed in the streaming age?

It’s no different really is it? Also, streaming was happening when we were in the band. We aren’t that old fs. It’s all about cutting through above the rest of the noise. I don’t know if it would be any different now than when we started. If we had a little more knowledge we might have done somethings differently. The mistakes are all part of it and you only really enjoy them in hindsight.

► In your role setting up and running Hometown Records you’ve been involved with the Derry firebrands TOUTS. Have you been surprised by the rapid nature of their success so far? Where do you think they go from here?

I’m not surprised by it one bit, if anything i think it could go further. I saw them playing together when they only had one or two original tunes in Derry a few years ago and was blown away by them. They have developed so well and have become better songwriters and better live. I’m very excited to get this album out early 2020.

► Sticking with musicians from Northern Ireland, have you any tips for who we should be looking out for over the next few months?

I’d say Son of the Hound but he’s on your front page at the moment. I think it would be great of New Atlas got a bit of spotlight on him. I think he’s really developing and is in need of a break, he’s worked for it.

► Finally, after reading your book, is there any temptation to dust off the bass and give being a musician one more go?

I’m destined to be back playing bass when i’m proper old and middle aged and playing in a bluegrass band or something just to get me out of the house and into the pub. That has to be the next bass step!P

Phil Taggart launches his new book the Slackers Guide to the Music Industry with a talk at the Oh Yeah Music Centre on Tuesday 7th May 2019. The event will feature a talk on the book, a Q&A session, an opportunity to submit your demos and also a live set from Arvo Party.

The Slacker Guide to the Music Industry book will be available to purchase at the launch or if you’re unable to attend you can buy it online at http://philtaggartslacker.com/