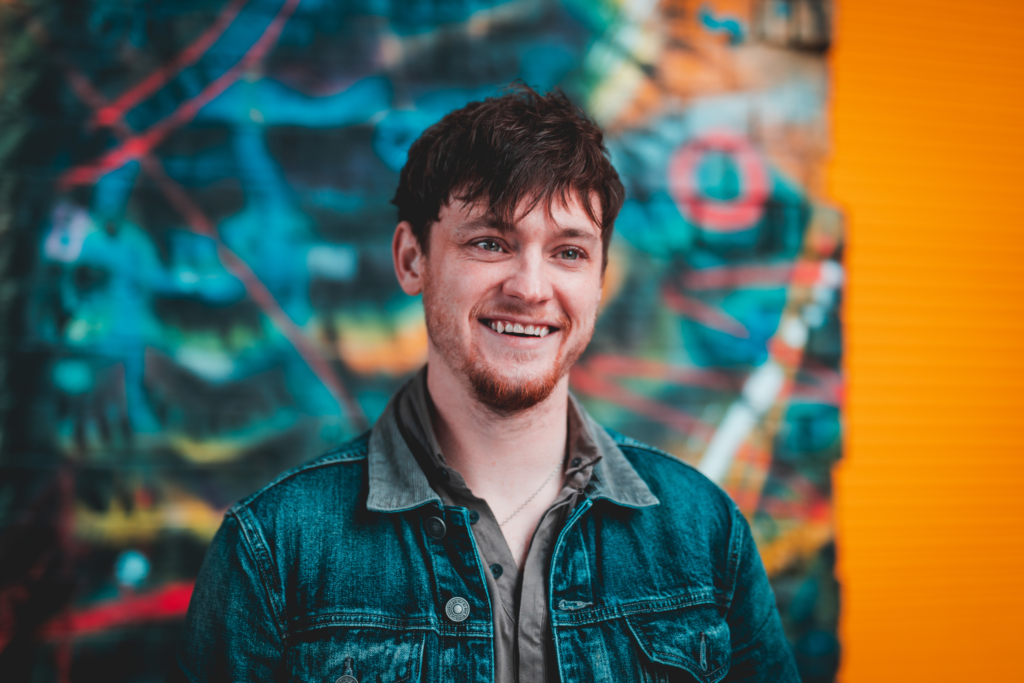 One of the most important conversations in Ryan McMullan’s life took place via text, at a petrol station somewhere on the outskirts of Somerset.

“I was driving to Glastonbury to play the festival for the first time.” he remembers. “Half an hour out from it, my phone lit up with a message from Gary (Lightbody – frontman/songwriter/guiding light of pop-giants Snow Patrol).  I pulled over to get petrol, read it, responded immediately with a yes and went on stage at Glastonbury 3 hours later…it was a good day.”

The message in question was a simple one. With chief pianist and ‘Robin-to-Gary’s Batman’ Johnny McDaid ruled out of touring due to surgery, did he want to join Snow Patrol? Not a difficult one to answer.

Cut to 5 years earlier and Ryan McMullan’s landscape was totally different. He had just released debut single ‘Holding Me Down’, an alt-country stomper forged from years cutting his teeth on the Belfast covers circuit. It means well, dancing around a big chorus, playing with a loop pedal in fashion at the time. The potential is there, but it’s miles away from the power-pop balladry he’d be writing down the line. These are testing, but essential times.

“To be honest I think that’s kind of the way it should be. I think putting in all the hours and work is the most important part of it.”

That particular year was to be a significant learning curve for the Portaferry native, winning a competition to support Bon Jovi’s Richie Sambora at the Ulster Hall; the first of many treads across the old building’s famous boards. As he stepped out onto the stage for a 15 minute slot (the prize was shared amongst 4 other songwriters), he could only have dreamed that within 5 years he would be selling the venue out himself.

Soon after, he headlined Belfast’s Pavilion Bar for a local gig night curated by me. Fresh out of school and learning as I went, I had no money to pay the acts unless they brought in a decent crowd. We had a maximum 10 people in through the door, a total washout. Gin Palace guitarist and music aficionado Daniel Donaghy was one of the few to venture to the Ormeau Road that night, but he knew he’d just witnessed something special.

“I remember it well, I’d heard a bit about Ryan from friends of mine who’d heard him playing cover gigs in bars across town. They said he sometimes played originals and they’d been better than a lot of the covers, so I took a chance and went down. He looked a little nervous, just his guitar and a loop pedal, but the strength of his voice…” Donaghy pauses, for a moment back in that near empty room. “It’s hard to describe, it was, well, it was huge. His songs had a warmth, they were immediate. You just knew with a bit of luck he could go places, he just needed the chance.” He laughs “…and look what’s happened! No one can say he hasn’t earned it.”

It was a hard graft, but playing to indifferent and tiny crowds at the start of his career has given Ryan a strength, as he admits himself;

“I think the journey has given me the confidence to know that I deserve to be on that stage singing my songs to everyone who’s come. That’s about the only good thing about isolation. I’ve had the chance to catch my breath and see where I’ve come in the past few years. It’s been great because it’s a foundation for building the next few years.”

For any musician without a debut album, packing out shows can be a near impossible task. If the elusive hype train torpedoes a new artist toward a ‘sold out’ sticker, often the ground beneath their new kicks is shakier than it may seem. For Ryan McMullan, the only way he knew to build his career was to press forward, to not give up. Over the past few years, he has toured extensively supporting Ed Sheeran on his record-smashing, chart conquering ‘Divide Tour’, signed to Liberator Music (home to Childish Gambino, Wolf Alice, alt-j etc.) and headlined the 5,000 capacity Custom House Square festival in Belfast. Surely, he feels like he’s arrived?

“I still don’t think I’ve broken through! I’m still waiting to have that moment. Hopefully I’ll always think that way. But if I had to pick a moment that did feel a little like that,  it would have been the Ulster Hall show. Selling out that room was something special.”

Ah yes, the Ulster Hall shows. 1,185 people crammed shoulder to shoulder to hear Ryan with his acoustic guitar, performing just as he did in the Pavilion a few years earlier. Many in the audience that night had likely seen him many times before, singing ‘Brown Eyed Girl’ in the smoking area of their favourite pub. A turnaround of Leicester City proportions;  but for all the major label bluster and celebrity friendships (last year he played football with Snow Patrol in Courtney Cox’s tennis court), he admits that it hasn’t always been easy to keep going.

“I worry about my career not working out almost everyday!” he laughs, still taken aback by the obscurity of it all.  “I question myself on this all the time. I have good days where I believe I’m on to something, and I have bad days where I just wanna call everyone up and quit. But then I get back to work and try and focus on that. You need a tough mentality, that’s for sure.”

Well, he’s half right. A tough mentality is essential, but having brilliant songs help and in Ryan’s case, the back catalogue is growing bigger all the time. New EP ‘Ruthless Cupid’ remonstrates where his previous work asked politely. It takes  McMullan’s soaring pop potential and stretches it for miles, like on the Springsteen-esque title track. It’s a bold step into arena territory, one of the last great unknowns for the songwriter. He’s also not scared to let the dark creep in, “I don’t recall ever feeling so low, washed up and burned out, 30 years old.”

This is a new side to McMullan and a progression many will not have seen coming. Of course there’s still room for heartbreak balladry, like on the One Direction inspired ‘In A Heartbeat’, a song which reportedly took 3 years to write. Or on delicate closer ‘Some Kind Of Perfect’, with production crafted for repeated daytime radio plays. I have to ask, are they all true stories?

He smiles, having clearly been waiting for this question. “One is. But the rest are based on different scenarios I built up in my head. I see myself in them all, but only one is true. I’ll let you try to figure it out.”

And what would he hope listeners will take away from the record?

“Some comfort and relation to the songs. I think everyone can relate in some form should they give it a listen.”

Indeed, like Lewis Capaldi and Ed Sheeran before him, Ryan McMullan succeeds in making universality look effortless. ‘Ruthless Cupid’ is devoid of modern references, famous name drops, or tales of success, remaining personal to him and somehow, the complete opposite. Just ask the thousands in attendance at Custom House Square, it works.

As we approach the end of our interview, there’s one elephant in the room we’ve not yet discussed.  Whilst his achievements to date are made even more inspiring without a debut album, surely he must be thinking about that next move?

“Well I’m actually in the thick of that as we speak. All plans have changed with Covid-19, but I’m working hard to get it all in place for when lockdown gets lifted. And be ready for touring ASAP!”

Forever thinking about the next gig. Guitar in hand, just as he always has been. Ryan McMullan is just getting started.