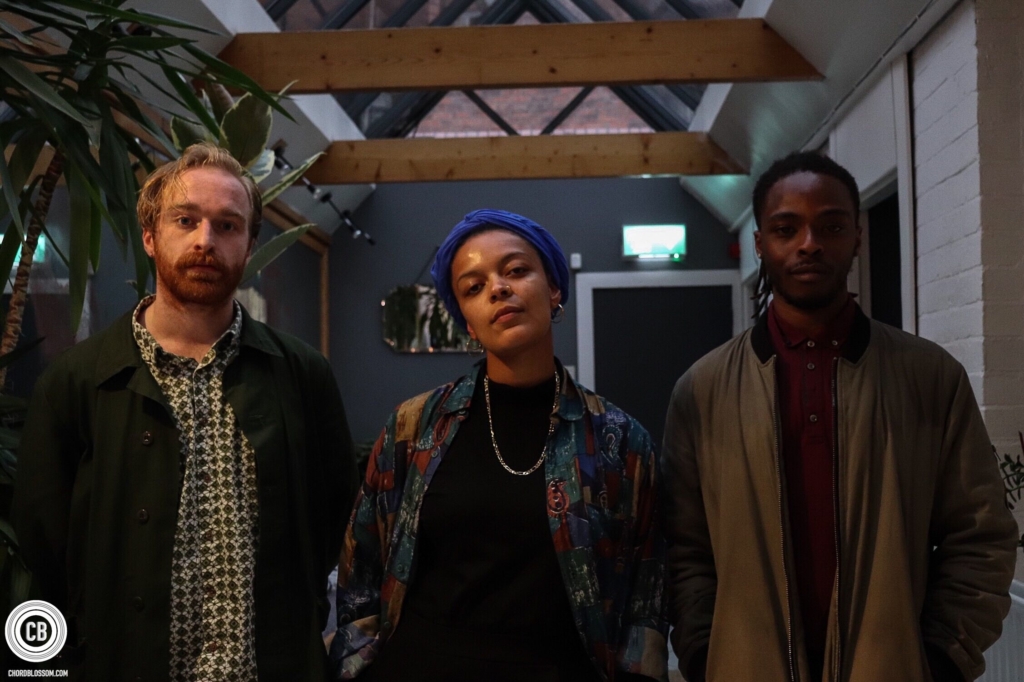 One of the things that prompted this series of articles was a question: namely, why hip-hop artist struggled to gain a foothold in the North in the same way as the south. Dublin is a mere two hours away, and yet in terms of readiness, it seems years. A lack of availability can severely hamper one’s aspirations, and nowhere is this truer than in the arts. With no strong foundation on which to plant themselves, many artists face the difficult task of representing themselves in a sea of otherness. This is the reason that collectives such as Creating A Space have become so important in the shifting face of Northern Irish arts. Founded by Esther Mogada and James Gitari, who were later joined by Liam O’Neill, the artistic start-up was incepted to do exactly what it says on the tin – create a space for individuals to express themselves through art. And while not solely a music-oriented group, their Grass-Roots events are one of the sole faces pushing the new breed of Hip-hop in the North.

With backgrounds in fashion and film, both Mogada and Gitari left university to find an artistic scene that seemed to have little room for them. “In the beginning, we didn’t see people our age being represented,” claims Gitari “We just wanted to show a Belfast that’s not seen on TV.” Mogada concurred with this point, stating “when I graduated from uni I just felt like there was no place for someone like me to create. It seemed my options were to leave, or go work for a company. Again it’s about representation and for us, it’s about representing people of colour in Belfast and representing diversity because there’s a lack of that in the media, especially in Belfast. There’s no one who looks like us doing what we are doing – that gives us a different story and a different element to connect with people.”

What initially started off as a platform to give people a place to tell their stories soon morphed into something different. As their name grew, “the more everything opened up. All these opportunities appeared, and we felt this empowerment within ourselves.”

“Being based in Belfast as well, this doesn’t really exist. In London, this already exists. But here, while there’s a lack of opportunity, there’s also so much space to grow and express yourself with your own voice and everyone is so supportive and ready to jump on board. The feedback that we’ve got from events, it’s so surprising to come from nothing to see where we are now.”

And while fashion and film remain two of their main mediums (“When you see adverts on Youtube like the visit Belfast one, it’s very boring. I love being able to show the artistic side of Belfast” – Gitari), it was their music events that helped establish Creating A Space as a leading face in Belfast’s creative community. “Music has always been there too, James is a musician and producer, I’ve dabbled in music so its intrinsically a part of what we do and how we express ourselves. I have been friends with (Dublin/London based creative group) Blackfish Collective for years because I met them in Dublin and we’ve always been in each other’s lives. So for our first gig in Love & Death, we flew all six of them over.” First-time promoters for a show of this style, there was an initial panic over how the event would progress. Nevertheless, fifty tickets were sold and music has remained a mainstay ever since. “We hadn’t seen too many hip hop gigs but we knew that blackfish had this really raw and uncensored approach to hip hop so we wanted them over.”

What started as an experiment would soon grow into Grass-Roots, a forward-thinking event that celebrates spoken word, fashion, music and experimental art forms. With a residency in the Menagerie, their shows have seen the likes of Leo Miyagee, Dior Norf, Dena Anuk$a, Afrobiggums, Jack Bashful and more take to the stage. For Gitari, the reasoning for continuing was easy. “It goes back to back in the day, going to clubs and being able to dance to hip hop. Thompson used to do Hip Hop every Wednesday (laughter from all) and I think the electric scene really took over. I love techno but I really love hip hop and nowhere really does it. We want to feed into the scene that’s not being fed.” Magoda meanwhile stressed the community-building aspect of Grass-roots, alleging a “closer connection between the audience and the performers at the event. By having local talent, it creates a better relationship. That’s what I love the menagerie, there’s no VIP, it’s intimate.”

“It feels like a destination event as well, not just a gig, everyone knows what the craic is. Its surprising for us because this stuff all really came out fo thin air for us. Were always like ‘oh my god lots of people came!’ We’re just humbled by the support and how people react to it.”

Indeed, the reaction to Grass-Roots seems to be one of overwhelming positivity. Magoda felt like a lack of confidence from artists contributed to this – having an event believe in them allowed many to take their steps in front of a new crowd that they may not have before. While for Gitari, the sharing of new experiences was essential for the growth of hip hop in the north “Every show we’ve done as well, not everyone who has shown up knows they are going to like the music but they go in expecting to see something different. We have had so many people coming up to us saying “I’ve only ever been to metal gigs this is amazing. It’s why we brought Blackfish over here because that sound does not exist right now and we wanted to inspire it in some way. Their experience, their sound, everything.”

And while affinity and identity lie at the centre of Creating A Space and its events, Mogada, Gitari and O’Neill are aware of the pressures that come along with shaping a Belfast that they wish to see. “It’s about taking responsibility for what you’re representing. To me that’s genuine creativity, being the people who can stand up against the grain” declared O’Neill, while Mogada looked to the feedback they’ve received from Creating A Spaces panel talks and events as proof of concept – “Recognising that what you speak of is what you attach yourself to is important and we are looking to change that for the better with Creating A Space.”

On the subject of the future for Hip-Hop and the North, aspirations remained large but realistic. “I feel like we can only grow with Belfast, which is on an upwards trajectory culturally,” stated Gitari ” I think people in Belfast are only starting to really understand what’s happening in Dublin, never mind what could happen up here. I think in Belfast right now, people don’t see creatives as a reality as something you can be, we want to be an example that you can do things, you can start uproar own business, do your creative stuff, follow your dreams. That’s what Grass-Roots is all about.”