Decomposing In Paris are not your most conventual act. Named after a French city, they’re a Northern Irish band who are playing their first ever tour in America! With theatrical stage craft and intense layered production, their unique live show is a one of kind in Ireland. They’re currently playing to fresh audiences, blazing across the South-Western states of America. We used the power of technology to get a report from the land of the brave.

► When did the idea of touring America first come to you?

Becca Hopkins (Vocals): I’m originally from Kentucky and my family lives in Nashville, Aoife also has family in Virginia; so we thought it made sense to come back and play some shows, mixing together a holiday with work! We have a fan base here in America who never get to see us play so it’s something we’ve always wanted to do.

► So what did it take to pull this whole trip together?

Becca: We started making plans around this time last year, started booking shows in March. The legwork takes forever on these things, venues will tell you that they’d love to have the band and then a month later they don’t know who you are and the whole process starts over. It took a lot a work to book the shows internationally. Apparently acts from overseas cancel all the time, citing stuff like visa problems and such. So there’s a lot of negotiation and trying to prove how professional the band are.

► What where the main challenges of making it happen?

Aoife Lynch (Drums): Equipment was a big one. Power supplies are all different so that was something we had to deal with from the start. We spent our first day in Nashville checking all our equipment but it wasn’t working. We had adaptors, but they weren’t doing the job we wanted them to do.

Luckily our families are all musical so they were able to help out with some equipment we didn’t fly over.

❝ Americans need more, so we’ve given them more. ❞

► What gear did you bring over?

Becca: We brought a heap of our costumes, which for us takes up a lot of space. It was just our guitars which we brought over. We actually bought a bass for this trip as it was more expensive to rent it!

For our guitar we had a big fancy TSA approved case. The guitar was fine after the flight, but the case was wrecked, cracks everywhere. So let’s just say we have issues with a particular American airline. The electronics all came over, so we at least had effect pedals which we’re used to.

We’re playing small venues, it’s very similar to playing in Belfast. In fact, we’ve been surprised by how led back it all is.

► What have the acts you’ve been playing with been like?

Aoife: We’ve played with some fairly rubbish bands, but also some amazing acts. Crystal Bright and The Silver Hands are one everybody should check out, they’re stunning! They’re gypsy-infused eccentric country music. Hopefully we can help them come to the UK very soon.

► Have you been able to bring your theatrical performance style to the States?

Becca: It’s gotten bigger! Americans need more, so we’ve given them more. When we play a show we take the crowd on a trippy quirky adventure. There’s some big dramatic screamy bits, there is also some quieter intimate bits. I feel our show is a lot more personal now and I think you can tell we’re having a lot more fun. I think this trip has helped that. 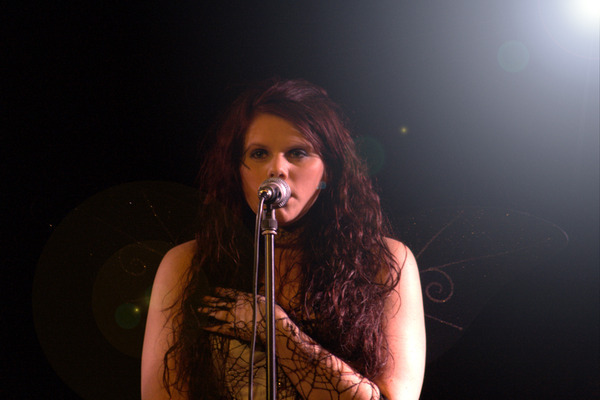 ►How have the natives taken to an Irish band playing their local?

Aoife: They love it! Promotion here is easy. You can just talk to people on the street and they’ll consider coming to your show. The Irish accent probably helps. Haha.

► The Arts Council of NI has contributed for the funding of this trip. How was your experience working with them?

Garvin Clements (Bass/Production): We didn’t work with them per say. It was more simple. We applied for funding and they helped with some travel costs. We fitted a lot of the criteria, we’re a mixed group culture wise, we’ve got connections with Queens and on this tour we’ll be visiting their twinned University and the sister City of Belfast, Nashville.

► What did you aim to achieve during the tour?

Garvin: There is no doubt that coming to America has helped establish in our own minds who we are and what we’re doing as a band. We’ve learned an awful lot about our live performance, it’s totally change our approach in many ways.

Becca: A majority of our fanbase currently is from the States so it made sense to help that spread, and the only way to do that is by playing shows.

Aoife: This is our first tour, and for most people it seems like a big thing to tackle on your first trip. However it made sense for us because the family connections, we had an anchor throughout. It’s easy for us to do it here rather than in UK, but we can’t wait to get playing there too.

► What’s next for band once the tour is wrapped up?

Aoife: We’re recording a second EP and after that’s in the bag we’ll start playing a tour around the UK and Ireland. So keep on the look out for that!

Comply Or Die – Comply or Die