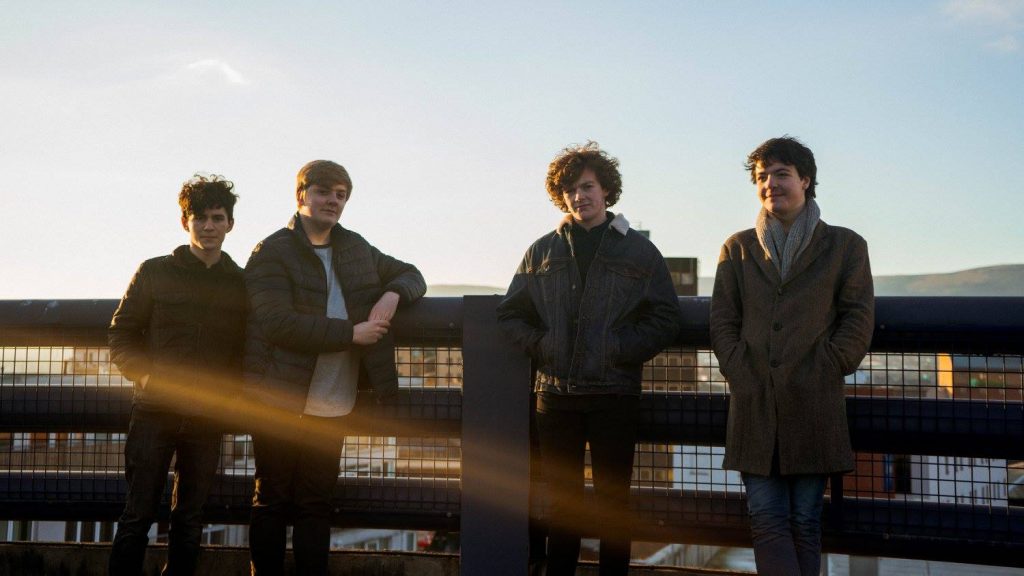 People always ask us what SX-70 actually means. It’s an old polaroid camera from the late 70’s. Its the camera you think of when you think of polaroids.

Well Matthew and I (Ethan) first formed a band with our school friend Ronan in early 2014 and we were pretty much a Led Zeppelin tribute band going under the moniker High Rise. We were pretty terrible, and only ever played 3 shows, all instrumental, before Ronan left in May 2015 and Matthew and I continued on as a two-piece for a while. We began our new project SX-70 in October 2015. In January 2016 our friend Michael joined on bass and Saul joined on guitar, and it was then that we began to write serious songs. Michael left in August 2016 and was replaced by Matty on bass, and we now have a really committed line-up and we’re writing like never before. Our sound is very diverse, and we don’t like to pigeonhole ourselves into a genre, as we can write post-punk influenced indie rock, yet also expansive ambient post-rock. It really just depends on our mood.

We’ve only ever put out one single called “Sin” which we have really tried to distance ourselves from. It’s very heavy and rock and roll and that’s really not what we’re about anymore.

In terms of our own pride, the Volume Control Clash of the New Breeds competition in November 2016 was our best gig. We played really well, got the crowd really pumped and just went a little crazy.

A highlight of the journey so far has been getting our debut single “Sin” aired on BBC Radio Ulster’s Across the Line, Belfast Underground Radio and Lisburn’s 98fm. Even though we have gone off the song, we’re still proud of it. In terms of low points, that is very hard to say as we have been lucky so far in avoiding upsets. I suppose the most annoying things we’ve had to face is probably being snubbed by some bands for support gigs. That’s about it.

Stay in school, study forever, never use our own intellect, and be happy little members of the system.

Without a shadow of a doubt Foals would be our top pick for a tour. And then if we have to pick another current act we’d probably choose Wolf Alice, and then looking back into the past it would have to be Led Zeppelin, as long as they let us in to their parties.

Just to make music that people like us feel at home listening to.

Foals. Without question. We are the biggest Foals nerds ever. I was lucky enough to meet Yannis in Kinsale before Foals played Cork. I was awestruck. Properly unbelievable.

Check out our good friends The Bell Diver Spiders. Also check out Robocobra Quartet. Those guys are insanely good.

We hope to release two new singles this year. The first one is called “Future” and it should be out pretty soon. Stay tuned.