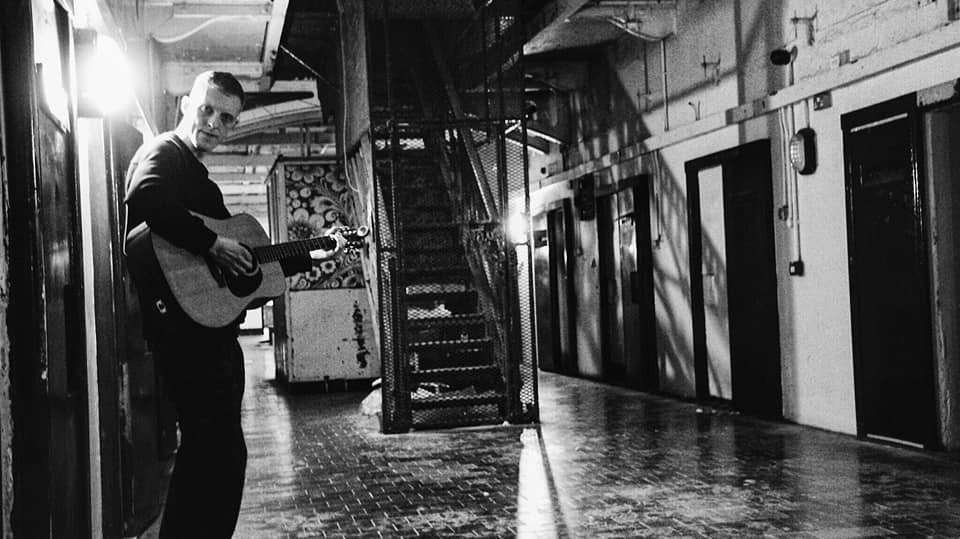 My artist name is my own name, John Andrews. Most of my songs are about first hand experiences and therefore the material is personal. I kept my name.

I played clarinet in primary school age eight, I think. I first picked up the guitar at high school around age 15. My sound is varied, it incorporates soul, blues, jazz, spoken word, rock, pop hip-hop punk, folk and others. I try to create a different feel with each track.

Yes, a recent invite only secret show ran by Zool Records in Belfast city centre a few weeks ago, was a great gig.

I just recently was interviewed by NVTV about my new EP and I also played two brand new songs on the show.

My lowest point came in the middle of a prison sentence in 2015 whilst penning the song, ‘Don’t Let Me Fade Away’. This is track two on the New EP Johnny Was. The track changes musically half way through from minor to major chords and is the first ‘country’ song I’ve written, if you could call it that.

It wouldn’t be anything other than music so hard to imagine. It’s definitely the ultimate passion. I’m a fanatic.

Yes, I want to play live my whole life, I want to make people feel the music, feel emotion, the same way artists like U2 , 2Pac, Eminem, The Clash, Leonard Cohen, Queen and Nina Simone have done for me. I want to tell stories, create characters, experiment with music and film.

I have some collaborations coming up with some guys from other great local bands and I plan to record another record shortly as I have a lot of material and I’m buzzing to record again already.