And So I Watch You From Afar
‘All Hail Bright Futures’ 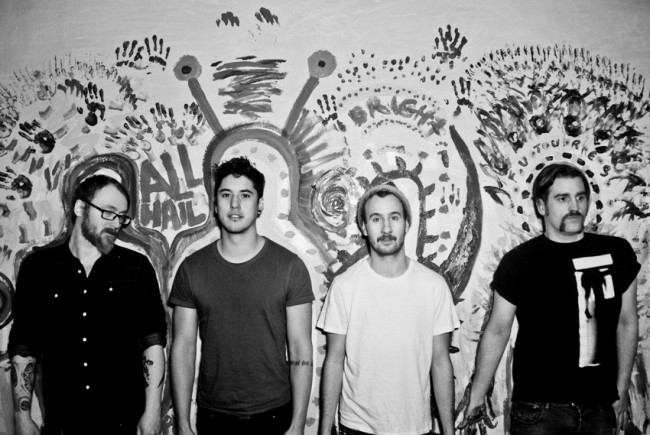 ❝ The Sun Is In Our Eyes!❞

Industrious globetrotters And So I Watch You From Afar solidified their reputation as a world class act this year, with a third LP which saw an electrifying evolution. This album was far more than the post-rock instrumentalism we were used to. Horizons had been expanded, vocals in the form of chanting had sneaked in along with a few sonic whizzes and zips to give the record some extra gusto.  It seemed former label mates Not Squares had rubbed off on them.

The end result was a record which emanated positivity, it gushed out of every reverbing chord. At times it was scintillatingly bombastic while also being intricately refined. ‘Like A Mouse’ and ‘Ambulance’ were frenetic, both an aural sugar rush of fizzy guitars. As the album progressed more instruments came into play, glitching with riffs and swirling into rousing fanfares. ‘All Hail Bright Futures’ was the white-knuckle thrill ride we’d all being waiting for.

‘Big Thinks Do Remarkable’ is a vivacious expression of the  vibrancy this album exudes. High octane, power-riffage which leaves your firsts in the air and your jaw on the floor.