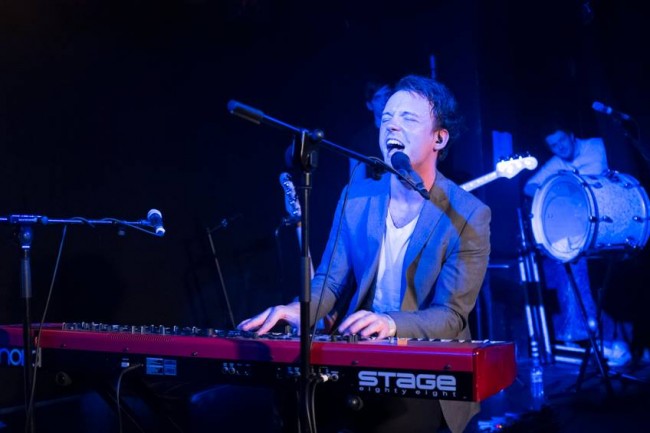 ❝ I’d Love It If You Said That, ‘I Want My Friend Back’ ❞

From late 2011 onwards we were treated to a very fruitful period from Rams’ Pocket Radio. The Peter McCauley fronted solo project dished out three captivating EPs, (‘Deiter Rams’…’, Dogs Run In Packs’ &  ‘1+2′) each of which a tasty nugget of piano-rock balladry. These releases were combined into the fantastic ‘Trajectories’ collection- an album in all but name. What it eventually turned out to be was Draft One.

His official debut LP, ‘Béton’, came into our lives in June. This time round McCauley’s classical influences were more prominent. Tracks such as ‘Cavities’ providing a dramatic backdrop of strings for McCauley’s vocals to tangle with. The record delightfully mixed reworked favourites from his first three EPs with wide, bounding flaunts of big choruses. The guitars had been swapped for synths, resulting in a more experimental Everything Everything-esque sound.

From the empowering highs of ‘Shadows’ to the mellow reflection of  ‘Iron Men’, the album provided a broad range of emotions and moods to keep you intrigued  throughout. If Rams is ready to take on the world, then ‘Béton’ is a fine arsenal.

Béton’s final track is a joyous romp, McCauley doing what he does best – Slick instrumentalism with an expansive chorus.