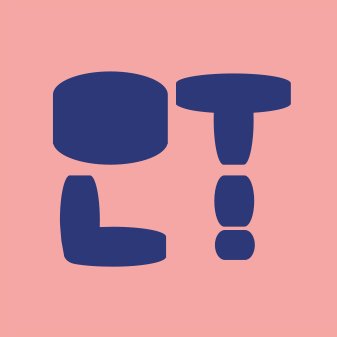 I must confess that I am new to Irish Folk music, in that this was my first ever gig witnessing trad music first hand.  Before Andy Irvine took to the stage, there was the obligatory purchasing of drinks, as the brash slam of the cash register coincided with the jig music bounding around the bustling room. Intermittently, there were conversations about the “baltic” weather, and true enough it was undoubtedly freezing. It was fitting then that we were huddled together like penguins in the Black Box for this night of music.

Irvine was introduced to the stage as part of the Black Box’s Out For Lunch Festival, and his recent “lifetime achievement award” from the RTE Radio 1 Folk Awards assured me I was in good hands for my new experience. The stage was simply lit with purple lights that just about traced Irvine and his palette of instruments, which included his mandolin, guitar and harmonica. He addressed the crowd, stating that Belfast was one of his “favourite places to play,” a throwaway line for many artists that can elicit a sarcastic response like “dead on.” But Irvine had a demeanour that was genuine and instantly likeable, and so the notion was quickly quelled.

Irvine introduced the first song of the evening with a story, this one being a tale of a ship of Irish immigrants being attacked by pirates called ‘Captain Colson’ from a collaboration record with Dick Gaughan called ‘Parallel Lines’ in 1997. Irvine spoke of how he is still practising the song, indicating the intricacies involved with the playing of this tune, as well as the volume of lyrics and complex chords. What instantly drew my attention was the beautiful harmonica, which had one of those sounds that makes you feel something in the pit of your stomach. It really played to the emotion of the song. Elsewhere, Irvine displayed great skill on the mandolin as his fingers danced up and down on the fretboard in the song ‘The Dandenong’ which he recorded with Rens van der Zalm on their collaborative project ‘Parachilna’ in 2013. The audience, who in gaps between songs were refilling constantly caught the attention of Irvine and he joked “race you to the bar” as he went for a break. As he came down round the bend of the audience, he was greeted with a drunken show of gratitude that was nothing but pleasant.

The stories continued as he played ‘A Prince Among Men (Only A Miner)’ from Patrick Street’s 2006 album “All In Good Time”. This particular song detailed a struggling coal miner who worked tirelessly to pay for his sons’ schooling. Irvine forgot words towards the end of the song which was rather bluntly acknowledged by the man sitting beside me as he said, “That’s what happens when you do it yourself.” However, I was impressed by his ability to act as a one-man band. I was intrigued by the method of finding these stories, as it was like they were relics of a past mostly forgotten, but had new life breathed into them by artists like Irvine.

It was apparent to me that Irvine is very much a humanist and a fan of the underdog, as his songs speak to his admiration of people and the will of the human spirit in spite of oppression. As he announced the next song was ‘I Wish I Was In Belfast Town’, this provoked a cheer from the audience who were in the mood for some local patriotism, very much a love song akin to a Keats poem. Irvine’s distinct voice is youthful and lent itself to the nostalgic lyrics of the song. One of my favourite stories behind the song was “As Good As It Gets” from a compilation album called Usher’s Island in 2017. Irvin details his time in Eastern Europe where he “met a lot of beautiful women” who he was attempting to catch the eye of. However, he “failed dramatically” but instead of a song of self-pity, it’s a rose-tinted homage to his time there.  The man sitting beside was won over as he heralded Irvine a “good storyteller”, which he is.

The highlight of the night was the performance of “Viva Zapata,” a tune about Mexican political activist Emiliano Zapata from his 2006 album “Rude Awakenings.” He recommended a sing-along at the chorus and so, the audience obliged. Their voices very much in tune, I must add. It brought a new dimension of the song and usually shy, I was won over.

As Irvine thanked the audience for coming out, a slightly intoxicated crowd faced the brace of the cold with the insulation of a night of stories, good music and laughs. I was once blind in regards to Irish folk music before I came to the Black Box, but left with a new understanding of the genre. I guess you could say I’m a convert, cheers Andy.