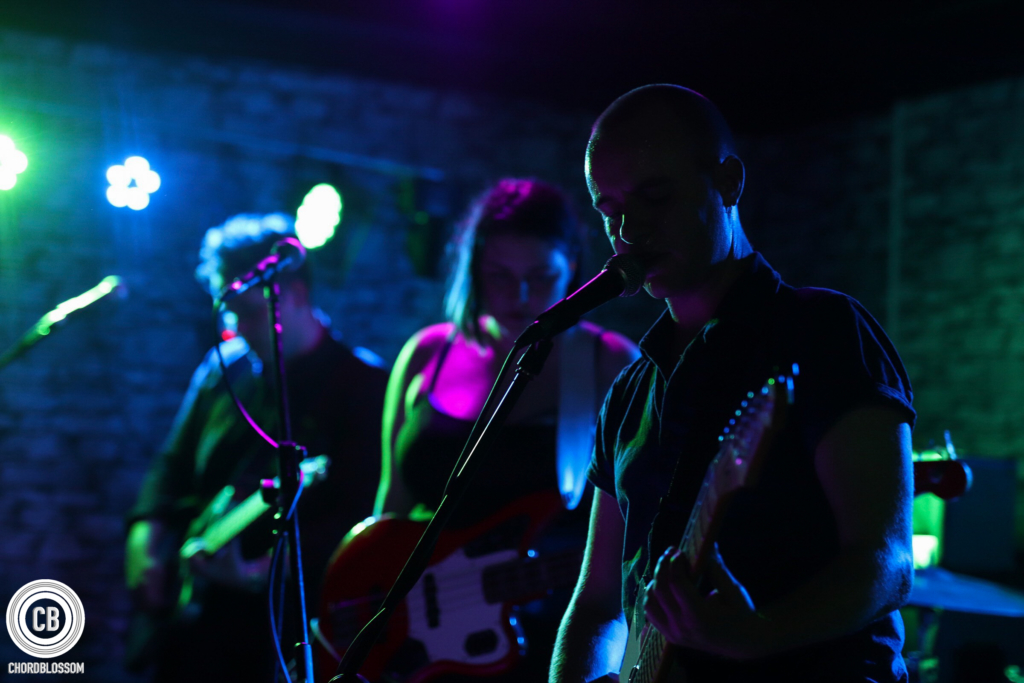 Amidst the buzz of the Stendhal’s and Electric Picnics of the world, one of Ireland’s better loved one day festivals returned for its second iteration. Coaster, a celebration of Northern music and the intrinsic link between the North Coast and its favourite acts, had its second showing in the Atlantic Bar, Portrush. For many of the acts and the crowd, the suggestion it take place anywhere else would be something akin to an insult. For first-timers like myself, it seemed more like a history lesson.

A venue known almost as much for its idiosyncrasies as its storied past, I wasn’t sure what to expect. I’d heard the war stories, and they were startlingly accurate; the floor was sticky and rose in strange places, causing an almost optical illusion in its blind spots. The ceiling was low and spotty, and the walls were a garish mix of off-yellow and cobblestone wallpaper. I fell in love almost immediately.

Thankfully, the aches and pains that accompanied the long drive up from Casa del Magee were alleviated by the arrival of the first pair of bands on the bill soon after my arrival. First to take to the Atlantic’s renovated stage is indie slackers Junk Drawer, whose set is highlighted by the arrival of their newest track, a slow-building reticent crescendo that never climaxes, encapsulating their semi-confrontational motto in a grimacing instrumental. They are immediately followed by Belfast quartet Fox Colony, who announce the show to be their second last (RIP). Their take on indie pop is a deceptively heavy blend of modern alternative ruffs and moody 80’s indie. Their performance of fan favourite ‘Supermarkets’ was a delight, basking as it did in its bouncy, coffee-stained pop-punk. A shame to see them go, but there have been acts that have played worse farewell songs. FC earned the right to leave the coast with their heads held high.

Coaster was founded with the idea of creating a set-list for everyone, a goal in which they achieved after just the opening four acts. After a short break came the talents of both Anna’s Anchor and HEX HUE, whose sharp departure from the fuzzy distortion of their predecessors was welcomed.

AA recalled the room with thoughtful, charming tunes interwoven with boyhood fantasies and touching anecdotes. The mellowing quality of the single acoustic guitar (a far cry from the normal indie emo rock that normally gets plugged) was the perfect accompaniment for the graceful delivery of Marty Ryan, whose natural aptitude for songcraft won over the crowd within bars. A gracious, thick Limerick brogue seamlessly melded with the natural percussion of the acoustics, while the indie-alt melodies seemed plucked straight from the same sphere as the Micheal Stipes of the world. The applause had barely left the room before HEX HUE (aka Katie Richardson and co.) brought their brand of electro-pop over the PA. Raspy, jazzy vocals oozes throughout the room, providing a foil to the airy synth and colourful electro-pop. With an air that was both operatic and theatrical, the glamour of songs like ‘Numbers’ reached soaring heights in the dark of the Atlantic, providing a snapshot of what was to come later in the evening.

To close out the second third of the night comes the contrasting duality go acts Blue Whale and Arvo Party. Math rock disciples of North Coast legends And So I Watch You From Afar, BW sound positively monumental. Their sound on the night is a relentless one. Tightly coordinated rhythms and confrontational time signatures fuelled the set and performers simultaneously, who saw themselves jerked around on stage as if they were furniture in a B-Level Horror movie. Their focus on instrumental led tracks allowed for a distinct identity to form, one that encapsulated sounds that were both scuzzy and dry, murky and crisp.

The arrival of the Arvo Party provided a much-needed barrier between separate points in the night. A cult favourite and one of the more recognisable faces in the NI music scene, AP proceeded to woo the crowd with a short, but potent set of original numbers. A serious mix of woozy and colourful, his space-age waves and dark club beats emphasised his underrated nature as a composer. On any given night his collection of breathless electronic harmonies, found sounds and deep melodies can hang with the best, and Coaster was no exception.

As the shadows grew longer and the air grew restless, the headline acts were not far from the stage. The only thing in common – it does not feel like you will get a chance to catch any of these performers in a venue of this size for much longer. First of the final trio to step onto the stage is ROE, whose sonic Goliath of a set continues to impress after all this time. Her dual-pronged attack of moody alternative pop and soaring vocals is as potent a weapon as any in NI music, dripping with emotion as it is. It suits the low ceiling she finds herself under tonight, as she delivers a set of perfectly balanced alternative pop that is mendaciously large. The metre of ‘Down Days’ always hits like a freight train and tonight is no different, as the Derry singer demonstrates her ability to execute a show powered by mature, astute pop. To call it “feel-good pop” seems trite – it’s simply pop that you “feel”. We are left feeling raw and exhilarated, hungry for the next act.

We are not left hungry for long. Catalan – fronted by Ewan Friers and flanked by Beauty Sleep’s Cheylene Murphy and Ryan McGroarty – take up portions in quick succession. Ewan, one of the driving forces behind the night, spoke to me earlier on about his desire to see Coaster as “an event, a destination.” Judging by the now heaving room, it is safe to say he achieved his goals. The act launch into their set, a surprisingly funky one at that, and the crowd respond in kind. As Friers raises his hands to deliver an impromptu spoken word condemnation of government officials, the roar of the crowd dims until he finishes before resuming their stomp. Irreverently optimistic and remarkably joyful, the raucous noise emanating from the four-piece was a sight to behold. Few musicians live for the moment the way Friers does, conducting the audience as if they were an orchestra, buoyed by a street preacher’s intensity. Ripping through a slew of alternative headbangers, the band’s combination of recognisable guitar riffs and addictive presence would have been an ideal way to end a show on any given night. Tonight is not over yet, however.

Headliners Jealous Of The Birds gracefully glide towards their instruments with an effortless cool. There’s an extra meaning to their show tonight – the band have a deep connection to the North Coast and guitarist Danny McClelland is from the town. In fact, it is his first show home in over two years. The reunion proved to be as special as they promised. Despite having played at Snow Patrols Ward Park 3 festival, the venue tonight somehow seems to supersede even that event.

Frontwoman Naomi Hamilton is a magnetic force and McCelland is the perfect co-pilot for their sun-streaked alt-rock. Everything comes easy and effortless to the group tonight, whose natural style belies their status as pre-world conquerors. The hits come hard and fast: ‘Marrow’, ‘I Feel Like Kafka’, ‘Blue Eyes’, with Hamilton switching between delicate crooning and inky growls. Their biggest strength, the transportive nature of their songs, is in full force tonight as the Atlantic changes from dive bar to the cherry tinted late-night coffee houses that JOTB’s emotions inhabit. Poetic, dark, supple and ecstatic, their sound is accompanied by an irresistible body swing that has the crowd near rioting by the end of their set. The applause continued long into the night following the departure of the band. A perfect end to a triumphant celebration of NI music.