by Rebecca Armstrong
in Live Reviews

When a gig sells out in 1 minute, you know you are about to witness something special. And Gary Lightbody Live at Bangor Abbey on 23rd December was special.

Bangor Abbey is a beautifully haunting church with a spire that can be seen from all over Bangor, and has stood the test of time. Nowhere else could have been better chosen than the Abbey for this special one off concert.

The demand was huge. Yet only a couple of hundred of lucky people beat the masses to get tickets, and as I sit at the front left surrounded by huge stained glass windows and one single mic on the stage, you could feel the anticipation in the room pulsing.

First up is the unbelievable talent that is Iain Archer. Hailing from Bangor, Iain won an Ivor Novello for Jake Buggs “Two Fingers.” And Snow Patrol’s “Final Straw.” He’s that good. Iain’s presence is easy, relaxed and engaging, his distinct voice flooding the aisles with a mixture of solo tracks and Tired Pony tracks. ‘Black Mountain Quarry’ is, as ever stunning, ‘I Am A Landslide’ is sing along perfection and ‘Canal Song’ leaves you wanting more.

Next to the stage is Little Matador lead and Snow Patrol guitarist Nathan Connolly. To turn punk rock songs into acoustic perfection is no easy task, but Nathan carries it off effortlessly, opening with ‘Stitch Yourself Up’ followed by ‘Shatter’, breathy vocals hitting the roof with the immense power that is behind that voice. Nathan has a great rapport with the audience, full of stories, anecdotes and craic. And of course 9 minutes of trying to tune his guitar which was met with the audience falling apart with laughter. ‘Liar Liar’ took a complete new turn, for such a fast riff filled track to be stripped back to one guitar and one voice was nothing short of genius. 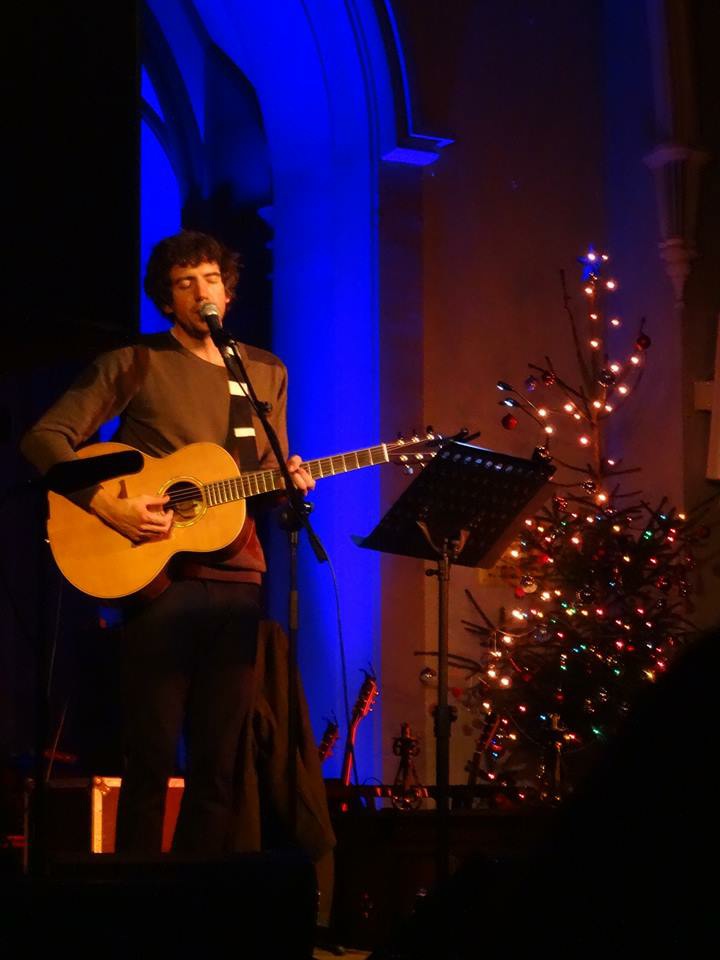 Gary Lightbody takes to the stage to a raucous applause. It’s been a while since we have seen him on stage (Bushmills aside) and he looks very happy to be up there. The crowd are very happy to see him up there. It is most definitely a homecoming. Gary tells us he was determined to have this gig, as he wanted to play the Seamus Heaney inspired songs he wrote to his family, who unfortunately couldn’t attend the Heaney night back in September. Now was the time. Now was the perfect venue. Opening with Snow Patrol and Tired Pony classics ‘Chocolate’, ‘Set The Fire to the Third Bar’, ‘All Things All At Once’, it is wonderful to hear such lyrics echoed around an old eclectic building – Third Bar sung much to Lightbodys amusement “I never thought I’d sing those lyrics in church.”

The Heaney style songs are from the heart. A beautiful portrayal of his childhood and family life. Songs about growing up during the troubles, as a small boy and not quite understanding what was going on… a beautiful heartfelt – tear stained tribute to his dear grandmother and a song about his beloved father, Jack, who had taken ill and missed the original concert of these songs. Thankfully he was there to hear his son sing these tributes to his family along with the stories of growing up (getting shot with pheasants and his dad shattering an attic ladder after saying a very naughty word to his mum, anyone) this was a very intimate part of the show which am sure everyone was with me when I say it was a complete privilege to be part off as it clearly was important for him to do.

‘Lifening’ has this ability to shut up a room. A simple song with such meaning. “Ireland in the World Cup, either North or South,” is always met with a giggle and “And be for them what I had, a father like my dad,” was met with a beautiful hush as the words echoed round and up the building. Haunting. Beautiful. Inspiring.

Closing on ‘Chasing Cars’ is a guaranteed sing-along. Every voice lifted high to close the night was amazing. A stunningly simple gig, perfectly orchestrated and easily one of the best I have been to.

By Conquest or Consent – Empires