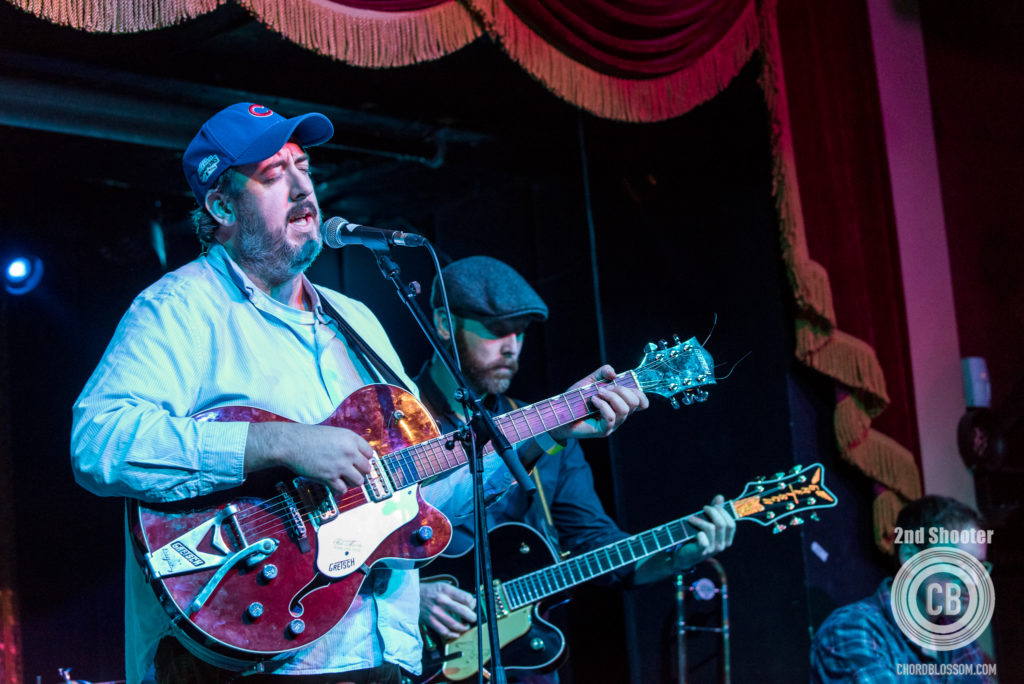 Some venues you associate with a feeling or a sensation. The buzz of overhead lights. The roar of the crowd. For The Empire, it’s burning thighs. Those stairs up top are no joke in this weather. I make my way through the quadruple door opening into its storied halls. A man bumps my shoulder with an over-shoulder apology, his T-Shirt reads “Be Excellent To Each Other.” While I don’t put any stock in fate, I’m a big believer in foreshadowing.

Sonja Sleator, one of the faces of Tin Man Heart Records, opened the night and set the tone high with her full, well-rounded sound. A slight swooping country feel with a brittle, teeth clenching rock and roll edge, Sleator was quick to thank her band and audience for attending, particularly in a touching moment with her aunt, who made the late night journey. Not shy from expanding her range, Sleator set varied from her lead single ‘You Claim To’, with its engrossing lyrics and melancholy drawl, to an upbeat, bluesy jam, pulsing with mini crescendos, that energised the fiery group. Despite her fervent backing musicians however, Sleator’s vocals remained the star of the show, the rocket fuel as it were. Ending with an original Christmas song, punctuated with festive, folky riff and lyrics, Sonja Sleator exited to a rumble of applause and cheers. ’Tis the season after all. 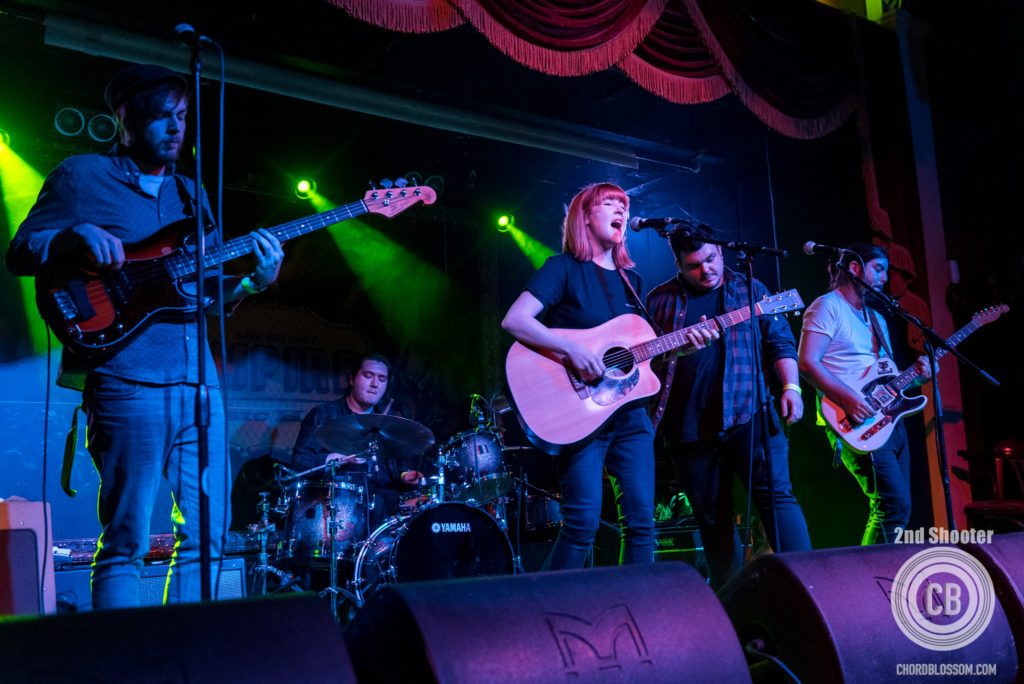 Next on stage came journeyman Rory Nellis, who croons to life with neither pomp nor ceremony. Squarely situated within the parameters of alt-rock/blues/folk, Nellis sounds like a one-man R.E.M. impersonator when spurred by his absurd confidence. A solitary broken string stands atop his acoustic guitar, saluting the crowd with a wiry wave. “We,” he tells us, gesturing to his backing band, “are Rory Nellis.” Indeed. A sound greater than the sum of their parts with a ‘gather round the campfire’ ethos, Nellis is a strikingly welcoming character, like the friendly uncle you don’t mind breaking out the guitar at the Christmas party. A distinct croak echoes over his stripped back acoustic opener and the freewheeling electric ending. A whipping sting and eager smile, Nellis was quick to entertain and long staying. A welcome addition. 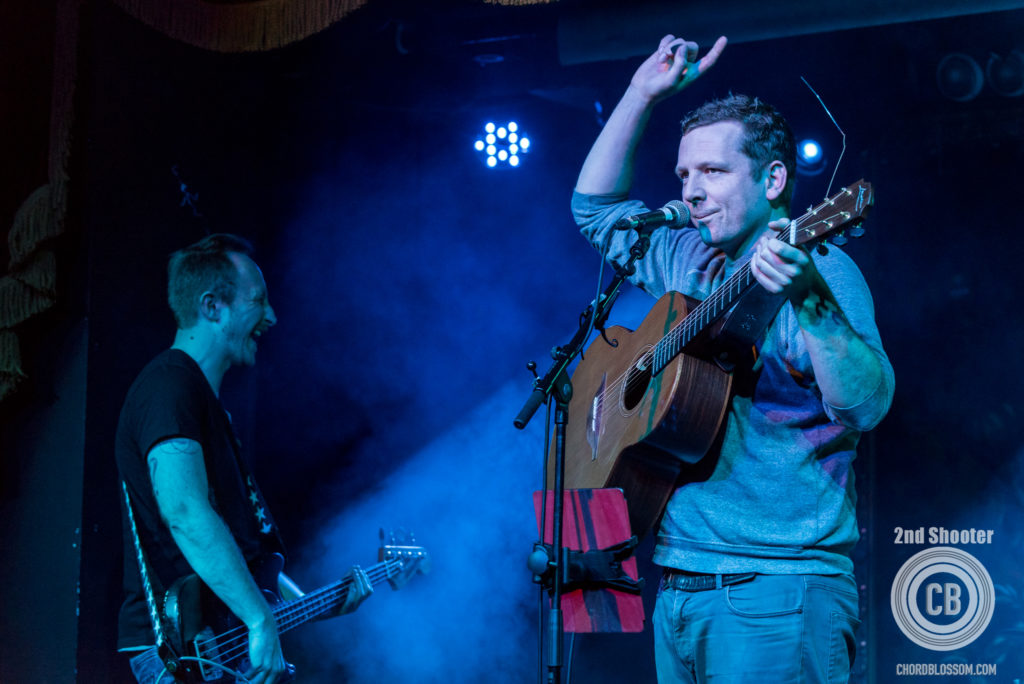 Briefly, I forget who the next act to perform is. That is until the keyboard gets karted out. Third to pick up his instruments is local indie troubadour Glass Wings. Touching his glasses once, twice, three, four times, perhaps nervously, this is the indie hopeful’s Empire debt. He needn’t have bothered with nerves as the second he began the crowd was awash with his distinct sound. Dreamy vocals and distinct floaty vibes were made deeper by the lavish keys. A slow burn into a crescendo, GW’s take on pop, a mix of orchestral and intimate, seems custom built for the Empire’s acoustics. A surprising amount of funk, glamour and flash, with the soul of the album translating well to the live performance, this was a triumphant Empire debut for the local outfit. 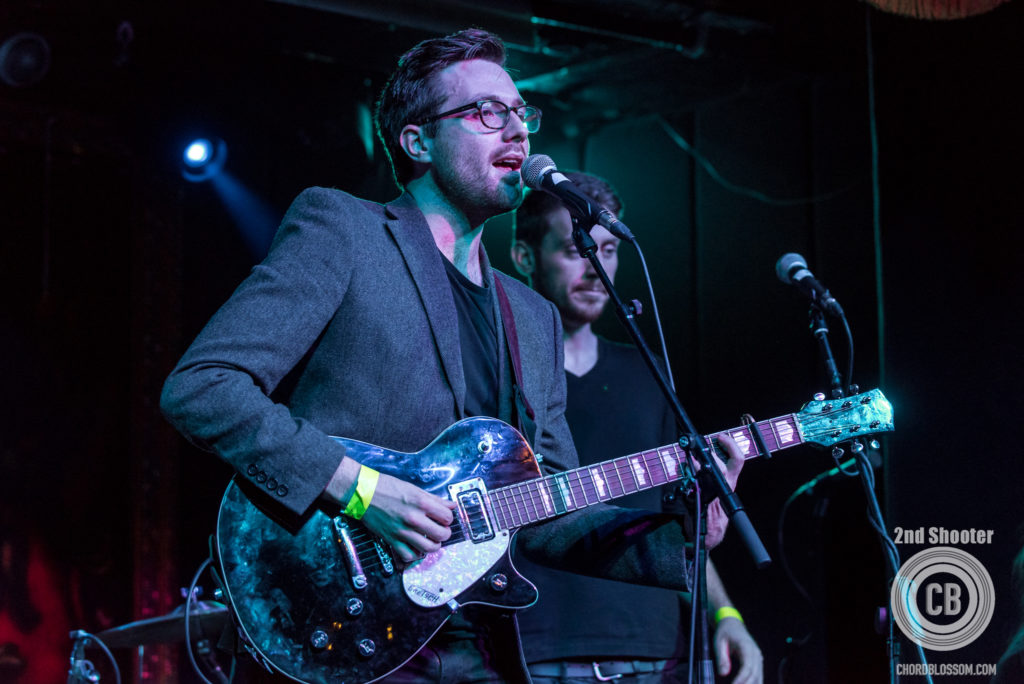 The final act of the night came from people’s champion Owen Lamont. Flanked on stage by an ensemble of musicians, including a trombone and Glass Wings’ frontman on bass, Lamont addressed the crowd with a ‘been here before’ swagger, clearly comfortable in front of a crowd. After a short back and forth with old friends and fans in the crowd, Lamont ripped into his set, a vintage mix of soul, blues and R’n’B. Sounding something akin to a New Orleans riverboat band, Lamont’s gravelled, experienced vocals laid down the tracks and the band followed along. With character and swing in spades, Lamont’s electric blues soul was a transportive set. Steely solos and gravelly themes, while sounding fierce and subdued simultaneously, this final act was exactly as the night advertised: Gifted. 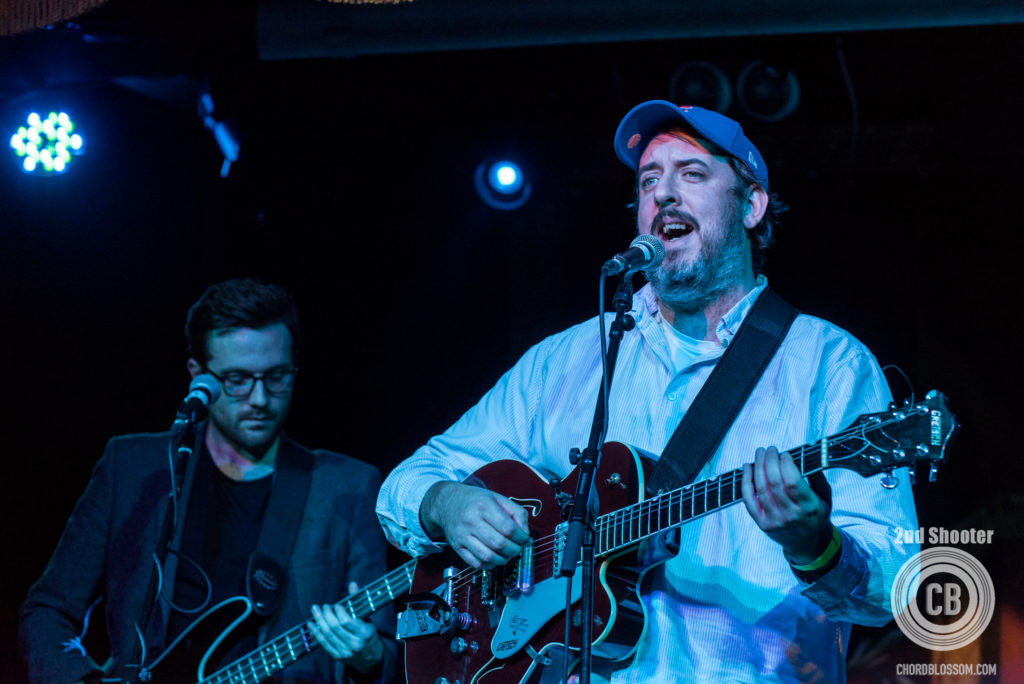