We have whole host of photos, reviews and interviews from the thirteenth and final weekend up Eagles Rock so make sure to check out all the other content on site. But firstly let’s kick things off at the beginning and the Friday evening of the festival. 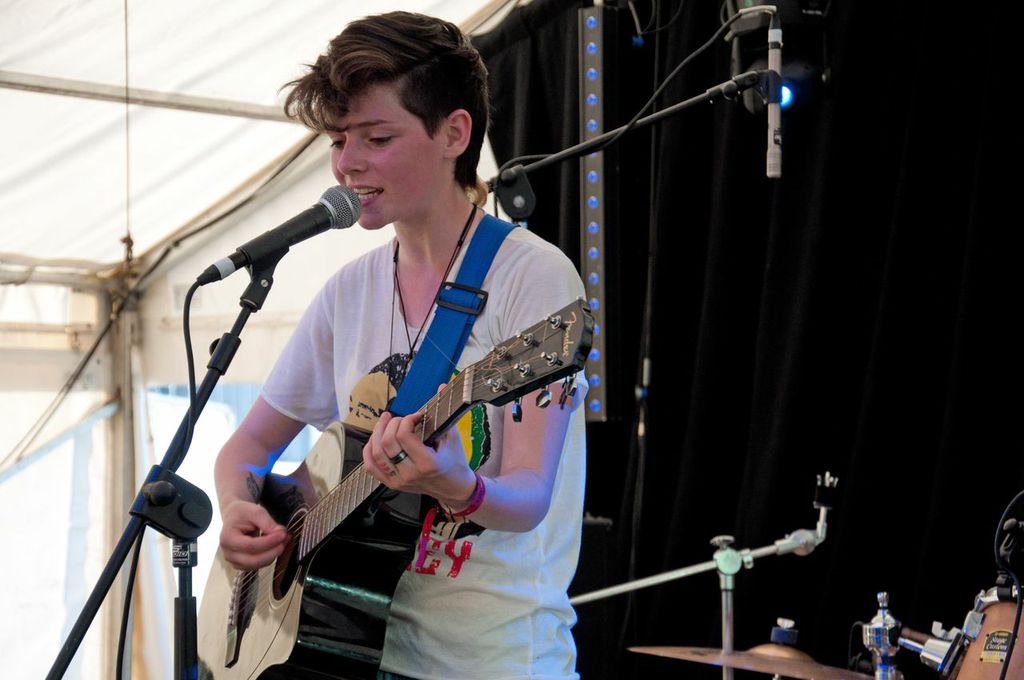 Given how well SOAK went down at last year’s Glasgowbury, there was always going to be particular attention paid to any young female singer/songwriter playing at this year’s festival, in the hope that they might themselves ‘do a SOAK’ and act as a springboard to success (c.f – Rosie Carney, Meadbh McGinley & Gemma Bradley). One act who staked her claim early on is Susie Blue, the first artist on the Eagles Rock stage on Friday. Her performance is filled to the brim with honest, earnest folksy tracks like ‘Get a Grip’ and ‘How I Really Feel’, and she really engages with the admittedly modest crowd, joking about the merchandise she has for sale at the gig (which on this occasion includes E.Ps, posters and rocks). It’s a confident performance from Susie, who seems to have enjoyed every single minute she was on stage for. CM

‘Boston Eyes‘ is a treat amongst a set of delights. 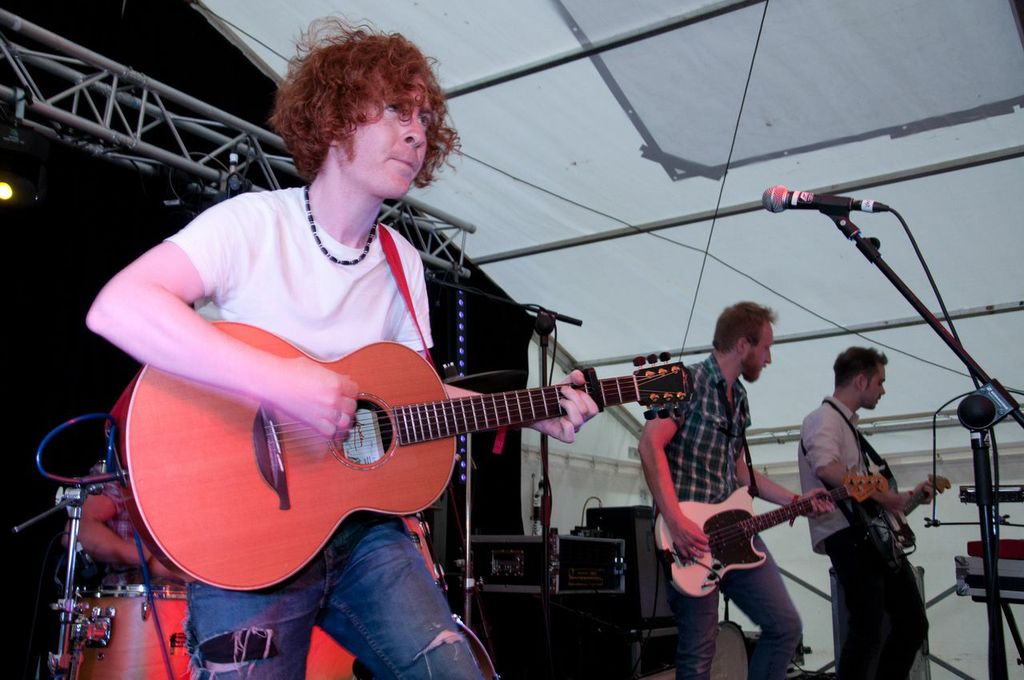 It’s strange to talk about Tony Wright as anything other than a Glasgowbury veteran but last year he came full circle making his second debut as VerseChorusVerse. This time round it is another debut of sorts, as a full band of local music stalwarts playing together live for the first time. Tony is still a personality with significant draw, with interest peaking at the Eagles Rock Stage. Intrigue is what brought many to the dance and boy is there more than enough reasons to grab a partner and have a good jive. VCV is a band which is all about fun bluesy rock and roll with Tony playing the acoustic guitar with all the vigour and drive that gained him so much affection in his heavier days. This is a man bursting with passion making his return home and he couldn’t be more happy. He shifts into a more mellow gear at times but keeps up the energy throughout . Some thought it might have been the end of Tony Wright eighteen months ago, but as VerseChorusVerse he’s only getting started. PC

His affection for the crowd is heart warming. Tony seems genuinely moved by crowd’s response and after every song he  nods to the crowd and raises a fist in gratitude.

Given how much the profile of the band has expanded over the past few months, it is no surprise that The G Sessions tent is already packed to capacity five minutes before Little Bear take to the stage, to put on a performance which, in a word, could be best described as anthemic. There is a great variety in the songs performed this evening, ranging from the Elbow-esque number ‘Killer’, the post-Britpop sound of ‘I’d Let You Win’, and ‘Second In Line’, which is one of the jauntiest numbers in the band’s repertoire.

It’s a testament to the band that even their most tranquil songs on record, like ‘The Devil is a Songbird’, can take on new life on the stage, the song being lifted by the band’s harmony vocals into something which appears to be coming from a higher plan. The band finish with their signature song ‘The Few and Far Between’, and exit the stage to a rapturous applause from the audience. Little Bear might not be the most ferocious of beasts, but they sure are one of the most enjoyable. CM

‘The Devil is a Songbird’ is stunning. A beautifully crafted song which is delivered with delightful precision and poise. 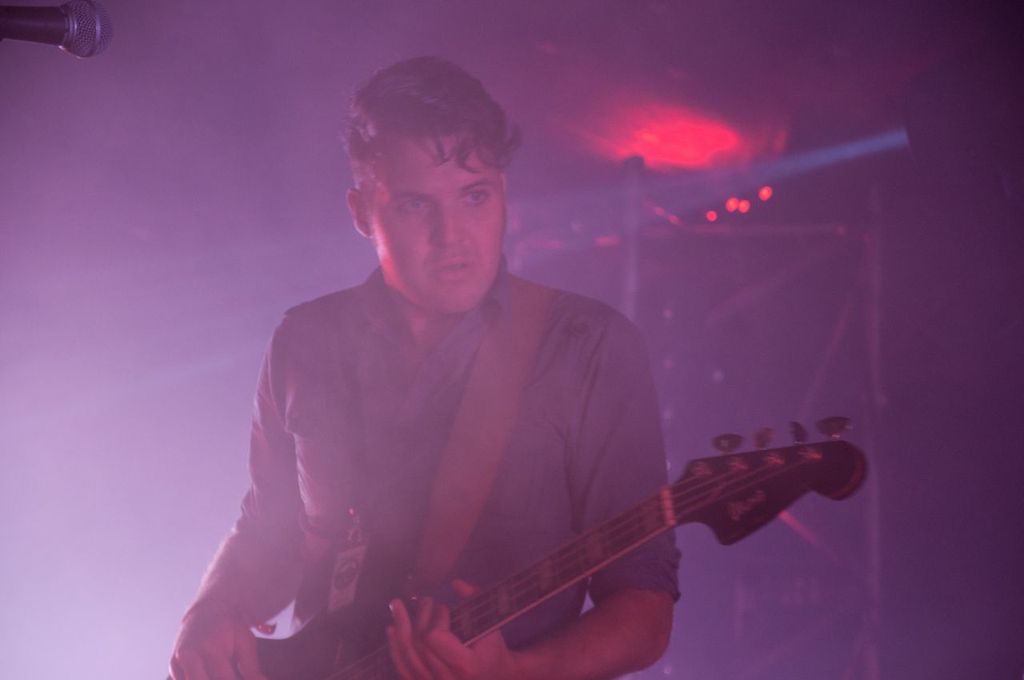 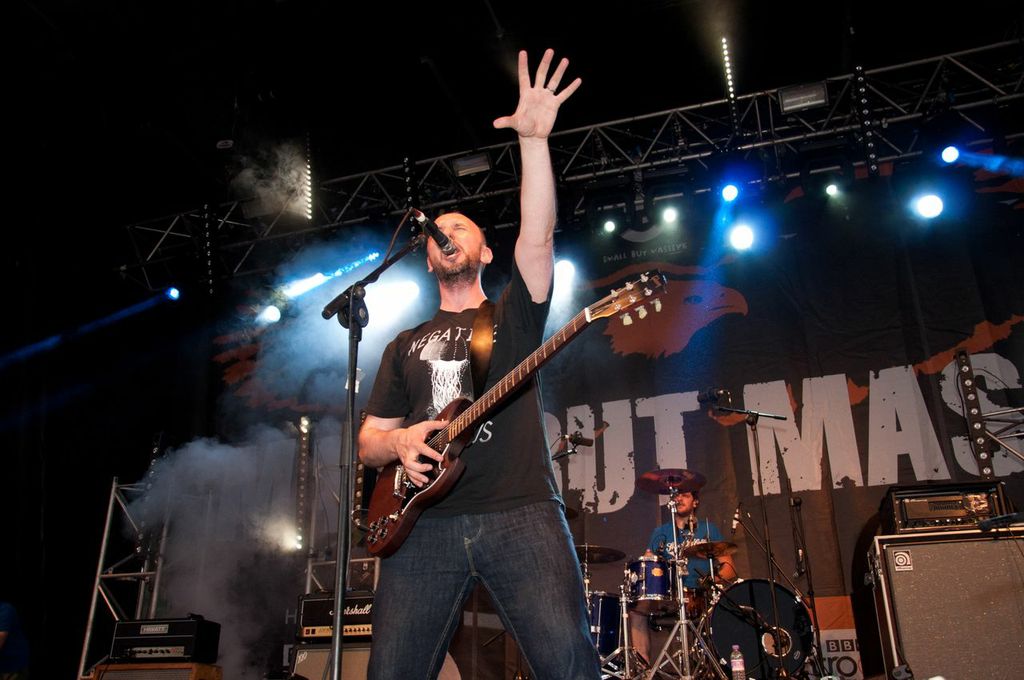 Eight years is a long time in music. Think of how much the music scene has changed since 2005. Heck, Northern Ireland itself has evolved an incredible amount since then. We’ve seen some great bands come and go, but there is no doubt that the return of Jetlane Landing after all those years is one of the most anticipated moments of the summer. “Who has seen Jetplane Landing before?” they ask. As the hands rise, Cahir jokes “If your under thirty you’re lying.” Many of the other groups playing the festival owe some sort of influence, conscious or unconsciously, to the Derry group and the unique mix of those in attendance is testament to that.

The spine of the set is provided by local classic “Once Like A Spark”, with “The Violence” and “Brave Gravity” serving as riff-laded punk crowd pleasers. Cahir (guitar) bounces around the stage with his usual robustness while Jamie Burchill (bass)  plays it cool as the suave member of the group. New tune “Beat Generation… Ha!” is an absolute stormer with the crowd chanting back the words by the end of the song. There is the odd loose nut or bolt here and there, but with a few more performances under their belts those will be tightened up to perfection. Andrew Ferris brings it all down during closer “Calculate The Risk” to deliver a rousing speech about the festival, before ending with a vigorous final few choruses.  Glasgowbury has kicked into gear. PC

The combination of moshing, singing and chanting during “Why Do They Never Play Les Savy Fav On The Radio” is the type of passionate communal experiences which Glasgowbury is all about.

“This whole set is dedicated to Glasgowbury!” are the words that greet the enthusiastic audience as And So I Watch You From Afar enter the stage for their G Session headlining performance. Their largely instrumental performance is a joy to behold, with the band showing off their trademark loud, technical, face-shredding guitarmanship which has made the band so beloved for the past few years. The crowd love every single minute of it, entering mosh mode and going crazy as each new familiar riff is introduced, and the band get in on the action themselves by diving into the baying crowds. It’s an apocalyptic finish to Friday’s proceedings, and although the crowd might be going home a little bit more worse for wear, they will have enjoyed every single second of ASIWYFA’s performance this evening. CM

Even with so many familiar songs under their belt, it’s great to hear newer song ‘Like a Mouse’ go down a treat with the audience. 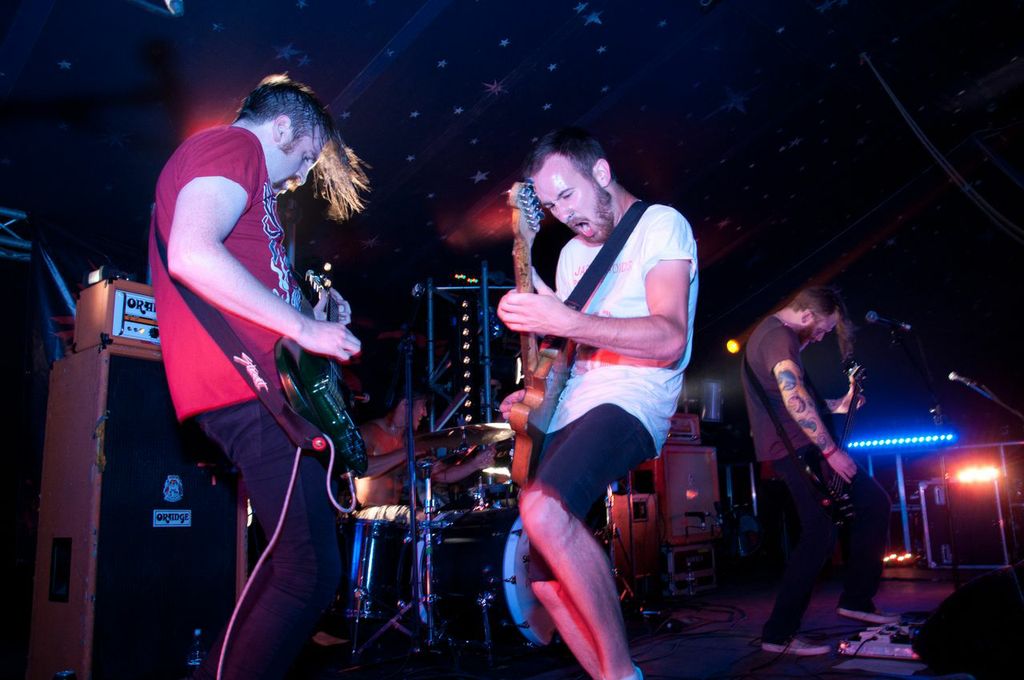