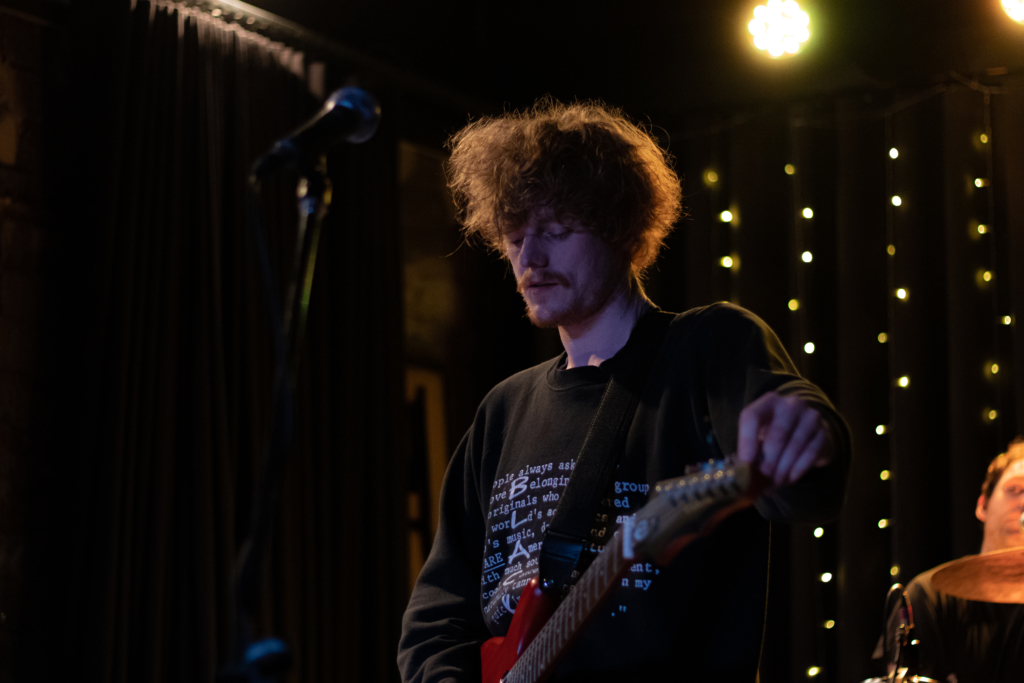 Having not made the short trip to the Ormeau Road’s Pavilion in what feels like an age, a new beginning at the venue seemed as good a time as any for a return. Founded by our very own Addison Paterson (all bias carefully laid on the table here), new promoter Table It Promotions hosted their first show on Friday, bringing along Hand Models, Cloakroom Q and Niall McDowell.

Not even a half hour had passed since doors opening, and a decent crowd had filled the room. Just right too, for opener Niall McDowell was taking to the stage for the first time. A muted introduction as McDowell seated himself onstage was nonetheless greeted warmly by a crowd friendly to the artist. McDowell’s somber songs and distinct vocals had caught my attention earlier last year and it felt like a long wait to witness both in a live setting. New tracks for absent friends mingled with songs from his debut EP and an astonishing cover of early Angel Olsen’s ‘Creator, Destroyer’ that was almost too perfect a fit for McDowell’s talents.

McDowell ended on the track that piqued my interest initially, the wonderful country-crooner ‘Find Your Man’. Musically, McDowell’s melancholic voice and understated guitar playing have got off to a strong start in a live setting. Further shows and greater on-stage confidence will hopefully follow.

A sharp change of direction was marked by Cloakroom Q dancing their way into their performance. A band that do anything but settle for predictability. Their set was filled with eclectic instrumental sections, joke songs that lasted mere seconds, false endings and stage chat that was as frenzied as any of their songs. Last year’s single ‘Leave Me At Lusk’ is ridiculously fun, moving into staccato acapella and a piano melody led coda. Bassist and drummer even find the time for a temporary instrument switch on the unexpectedly slow and sad closer.

Cloakroom match the songs with energy, humour and confidence. This was another performance that gave no fucks about the norm, content to joke amongst themselves as much as with the audience.

Hand Models hadn’t played a Belfast show in a long time. And it’s been felt. So while a good crowd had gathered in the Pavilion tonight, it’s unfortunate that even more hadn’t made the trip. Nonetheless, this was a band ready to get back at it, albeit with stand-in bassist Jake (on loan from Junk Drawer for the night).

Jumping right into it, there’s little time given to warming up. The four-piece play through plenty of favourites including the likes of ‘Two’ to ‘Skate Shoes’, the latter introduced as the best song of all time according to the BBC. Or similar. Don’t fact check this bit. Vocalist Gareth Murray spends time catching up with friends between songs, from shout outs to jumping offstage for a hug, but it’s all part of their charm.

A one-two of the boisterous ‘Banana’ and anti-DUP anthem ‘Last Leaves on a Tree’ is a strong showing of what the band can do. They end with a new one, their soon to be announced new single. This was a band brushing off the cobwebs and showing exactly what they’re about.