Jason Clarke has been around in the Northern Irish music scene for quite a while now and has toured with acts such as Paolo Nutini and Shayne Ward to name a few. Now returning to Belfast to launch his latest EP, he plays to a packed Stiff Kitten with the help of his band.

First up tonight are the Colly Strings, they have been playing a lot of gigs lately and the confidence that comes with it is beginning to shine through into their live shows. Opening up with ‘To the Water’ is a good move as its intro is fast paced and upbeat. The guys are full of banter and as seems to be the case with most opening bands they simply don’t have the numbers down at the front of the barrier to appreciate them. The other problem with their set and I have mentioned it before is the fact some of their songs do not have names yet, which makes it hard for the iTunes generation to become familiar with their material.

The penultimate act is Gareth Dunlop, a personal favourite of mine with his bluesy soulful voice filling the Stiff Kitten. ‘Devil Mocks Me’ is a fantastically funky sounding track that brings the crowd to life. Tonight Gareth takes the time to introduce some new material having spent some time in the studio lately. The resulting product ‘Lover’s Den’ sounds great and continues the rich hot streak he is on at the minute. ‘Fool’s Desire’ is of course the most well received track of the night and it’s a shame that local radio stations haven’t stuck this on their playlists especially whenever it is a better written song that the majority of new music cluttering the charts at the minute. 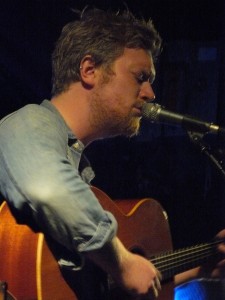 Despite there only being a small gathering of people in the venue to begin with, by the time Jason and his band take to the stage there is no room at the front of the barrier. The Jason Clarke Band open their set with ‘Sparks’ and it is clear that Jason is simply stunned by the turnout. The first real sing-a-long of the evening comes with ‘Gotta Go’, which has been featured heavily on local radio over the last month. It really showcases how much Jason’s sound has been supplemented by the addition of his band. On the other hand ‘Dust Into Gold’ is a much softer proposition that perhaps disputes my last statement. Next up is the surprising cover of “the one person you should never cover”, Michael Jackson, with his own version of ‘Man in the Mirror.’ Everyone sings and claps along to the classic MJ track and there is no denying that it was a wise move to throw it in there. Perhaps even more shocking is the cover of Taio Cruz’s ‘Dynamite’ but again it is very well received by audience. 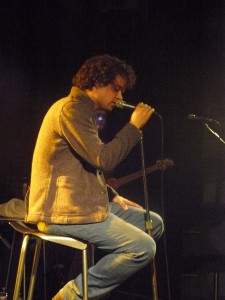 The Jason Clarke Band (JCB) give us ‘Undercover’ off his latest EP of the same name before leaving the stage for a short break. On their return for the encore they rattle through ‘The Game’ and ‘Loving You.’ A very successful night for all concerned, Jason and his band have successfully launched their new EP and are starting to gain traction within the local and national music scene. A major contributing factor has definitely been the airplay on stations like Citybeat and Cool FM. Perhaps could we get some other local bands on the station now along with Jason?