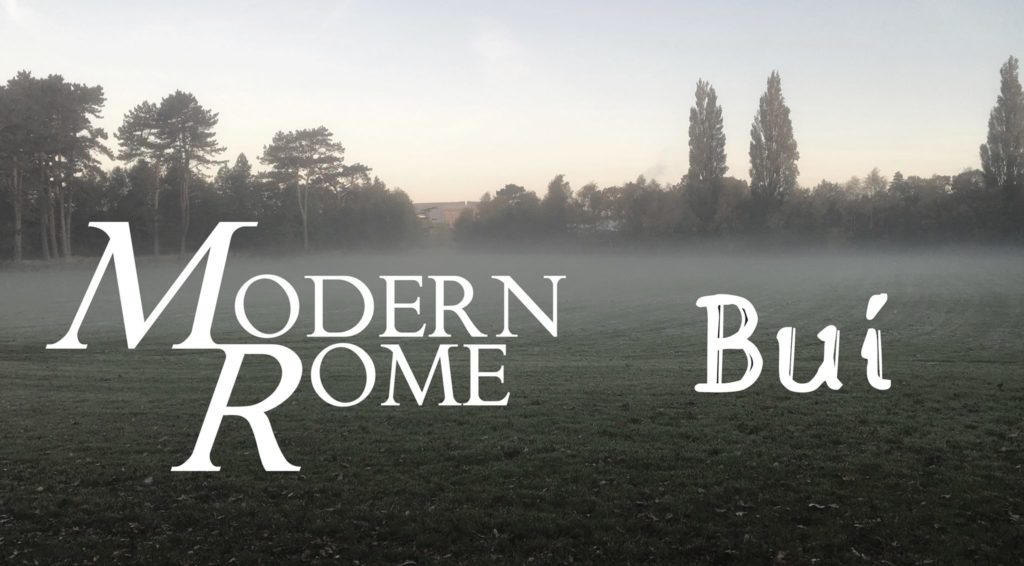 My brow furrows as I do a third and final scan of the landscape in front of me. Long black levers, each connected to the gossamer glow of their electric label, identifying them, signalling their allegiances. Surely, I am mistaken but alas, I am not.

The night is Saturday 10th November and I see myself bereft of the blacked barley tang. No matter. There are more pressing objectives at hand. I turn my back, grasping my craft beer/ale/warmish liquid and make my way upstairs to the performance lounge, wherein two of Belfast’s most exciting cult bands have taken over the space. Still lamenting my stoutish lover, I instead resolve to get a seat near the front.

I take a second to register that, indeed this is the correct room, before marvelling at the packed room in front of widened pupils. Soundcheck is not quite finished and yet the space is wall to wall with expectant fans. I worm my way mercifully to the front, wherein I am greeted by a handful of old acquaintances who are gracious enough to grant my bones a respite. Just in time.

To my left, I see Buí make their way to the stage. I knew little of the two bands performing tonight but what I was aware of was the reputation Buí had for pushing the boundaries and making music that sounded both fresh and interesting. They were quick to maintain this reputation, launching into a dreamy set of synth, floating keys and puncturing witty lyricism. Hard as it is to pin them down, I was reminded of Eels as I watched sudden vicious guitars and the staccato nature of both the vocals and percussion, which worked in unison to create a syrupy aural texture that coated the back of my ears. Settling into that same form of unsettling alternative rock that Eels and Weezer made so popular, the aesthetic of Buí is all about atmosphere. This was a set that stuck to your clothes, sinking into the fabric. It takes a rare mix of both confidence and skill to pull of something so unique, and Buí has it in spades.

The openers wave their hands in gratitude, leaving the stage with a slightly embarrassed air as if they are ashamed of the applause. I barely have time to register this, however, as headline act Modern Rome snake their way onstage past my right shoulder. Described by Buí mastermind Josh Healey as “The type of band you’d take home for dinner,” I eagerly await their opening tune. Frontman Danny Boyle turns and addresses the crowd, grateful for their support and a little overwhelmed by the cheer he gets in response. It is all in good nature, however, and Modern Rome begins their own set to a chorus of yowls. Executing a fluid and breathless sound, Modern Rome has a bit of drama to them that causes them to sound larger than otherwise thought. Accompanied by an impressive amount of control, both of the venue and the music, a deliberate delicacy and a hyperbolic enthusiasm, Modern Rome were a revelation.

Going from honky-tonk rigmarole to a startling rendition of  A-Ha’s ‘Take On Me’ and finishing with an appropriate level of thick groovy licks, Modern Rome pause for a breath as their set ends. It feels like the first they have taken all night. Basking in cheers and applause, their faces turn from bemusement to laughter. The only way a gig such as this could have ended, with a fusion of confidence, humour and humility. We wouldn’t have it any other way.