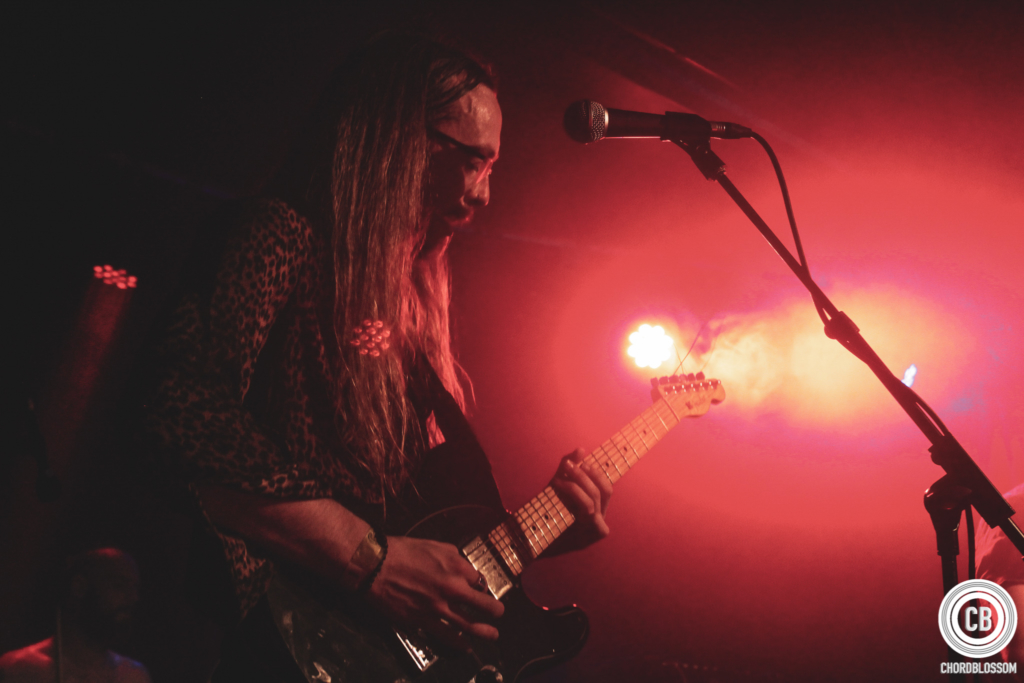 The sheer audacity of Belfast’s independent music acts. The conspiracy that unfolded on the night of 14th September in which they demanded we choose. Seemingly every act in the city had a show of some description on – I made my selection early in the week and headed down for the early showing of Mosmo Strange and co. in Limelight 2. A four-band bill headlined by the garage rockers and flagship Zool Records band to begin the night seemed precisely what the doctor had ordered.

The first act of the night came from the swiftly rising act Valium. Funk rockers with a unique identity and seemingly endless appeal, their mix of psychedelia, alternative, funk and rock music have established them as one of the young musical powerhouses. Tonight, they further cement their status as one of the live acts to look out for going forward, bridging the gap between unique and accessible with relative ease. Spaced out, stoned guitar riffs line the track while a pervasive disco-esque backline gives them a stylistically dance feeling. The standout track from their debut EP ‘Live In The Lightning’ is a treat, guided by the distinct croon of frontman Caolan Tomlinson, and a mood setter for the rest of the night. A serious outfit with a growing repertoire of tracks to back them up, it’s not hard to imagine that Valium’s time as an opening act may be coming to an end. Their performance on the night seemed to echo this.

The second act of the night is Alt-rockers Alpha Twin. No strangers to sharing the stage with the headliners, the trio attack their set with a familiar sense of urgency. The combination of Andrew Mullan on percussion and Eoin Bannon on bass had the ground around me literally shaking (quivering?). Their return from hiatus was welcomed by the crowd, who bayed for an aural assault from frontman Tomas Fisher. He delivered, leading the charge as the act tore their way through fan favourites ‘Deep Zen Pull’ and ‘Ecstasy’, the words of which were bellowed back by onlookers. Dripping in reverberation, the band rolled over Limelight 2 with a fearsome intent that demand attention for fear of annihilation. What Valium started, Alpha Twin continued, ratcheting the tension of the room to another level.

Thirdly comes an act I feared I would never have a chance to write about again. Math rock duo WASPS returned for possibly their final show ever. Consisting of Danny McClelland (Pascalwillnotsurvivethis, Jealous Of The Birds) and Charlie Cairns (NEWT), the two-piece revived their heart-in-mouth, high octane setlist for the night and proceeded to blow us all away once more. Fuelled by sheer emotion and crowd reaction, their tight music signatures and predilection for searing breakdowns spearheaded their onslaught. The horror-flick ballet of ‘Here Comes Mothra’ risked tearing the ceiling of the venue down around us, as WASPS prove that they are as potent and gripping as they ever were.

We’re barely given time to recover before headlines Mosmo Strange take to the stage. One of the most audibly and visually arresting rock acts in the North, their stoner/garage/desert rock is expansive and severe. To take your eyes off of them, especially tonight, seemed criminal. The relentless pace of ‘Fumar’ and ‘Dingus’ was matched by the malevolent sludge of “Dark Sunglasses’, with each track leaning further and further into the bands medieval sound. As mesmerising as they were vicious, Strange gripped the room by the lapels and refused to relinquish control, revelling in how the crowd fit squarely into their collective palm. I left Limelight in search of both sustenance and my next show. My goosebumps, however, lingered long after the final song, “YOU’LL NEVER MAKE IT ALONE” ringing in my ears. A fearsome and fitting end to a night of music by some of the North’s finest independent musical acts.